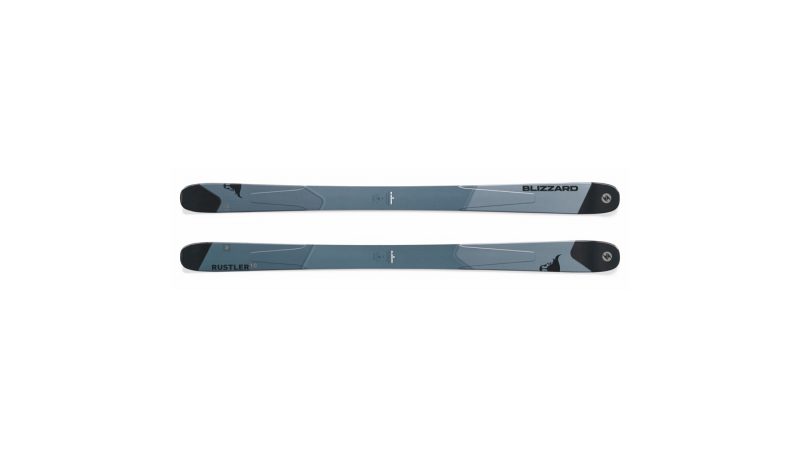 THE VERDICT
Blizzard’s new Rustler 10 pretty much dominated the Powder Category of our ski test, earning “Favorite” picks from more than 80 percent of the testers who skied it. “Playful yet stable;” “Strong yet nimble;” and “One of the best skis of all time,” were just a few of the superlatives heaped onto the test cards in praise of this big mountain machine, which tore through every condition we threw at it. Mixing a lightweight woodcore of paulownia, balsa, poplar and beech with Blizzard’s new D.R.T. (Dynamic Release Technology) carbon Flipcore, this ski felt more lively and maneuverable than most Blizzards, a brand we consistently praise for its power and dampness. That doesn’t mean the ski lost any stability – not by a long shot! What it did was add the ability to feel more versatile in all conditions, from the powder to the hardpack. Bottom line: This is a powder ski that could easily be your all-season ride if you want.
FULL REVIEW

Blizzard’s Rustler 10 easily rounded up the Best in Class Award in our Powder Category by taking well-proven ingredients and putting them all together in a superior mix. Take the flipcore profile of rocker/camber/rocker, with pronounced tip and tail rise for excellent Float off-piste and equally impressive initiation in the powder or the hardpack, and add a light, lively woodcore mixing the energy and response of balsa, beech, paulownia, and poplar, and you have a ski that literally leaps into each new turn wherever you take it. It’s the new D.R.T. titanal laminate over the core, however, that adds the final aspect of versatility and maneuverability that put this ski over the top. Other Blizzards – especially in the Frontside and All Mountain Categories of this test – typically rely on superior dampness and power to perform. The Rustler 10 does all that, while adding a new level of response and all terrain agility that pretty much left the “dislike” portion of everyone’s test cards all but blank.

A progressive wide body for exceptional ski-to-snow contact, full sidewall construction for stability and edge hold, and an anti-shock layer that makes this ski as smooth as a Sunday morning all combine to enhance the Rustler 10s ride and its overall excellence. Yes, this ski performs at its best being driven by expert skiers who like to move far and fast. It didn’t win the Float classification, despite its ease of initiation, but this ski dang sure won just about everything else. Rarely have we had such an overwhelming pick for Best in Class.

The Rustler 10 got one score of 8 (out of 10) in scores for this classification. Every other tester gave it a 9 or 10 for its versatility, high performance and pure excitement wherever we skied it.

Sluff-ability was another top scoring classification for the Rustler 10. While not as a pure of an off-piste surfing ski as the Atomic Backland or Black Crows Atris, it more than held its own laying into a deep schmear or just making a hard check across the fall-line while the sluff ran out. Whether it’s quickly checking out of a deep turn or employing the brakes in deep terrain, the Dynamic Release Technology works.

The Rustler 10 got one 8, then straight 9s and 10s across the board in this classification. The Titanal/Flipcore mix gives the ski a perfect mix of ease of initiation and confident predictability whether on-piste or off, while the full sidewall construction enhances edge hold to the max.

Every single tester who skied the Rustler 10 gave it an 8 for Float. The Backland is much surfier, as is Rossignol’s Soul 7 and the Salomon QST 106. But no other ski offers this much Float along with superior Stability and Hard Snow performance.

The Blizzard Rustler 10 stood out in almost every classification, but in Hard Snow Pleasure, it hit a level of versatility and performance no other ski in the Powder Category could match. This ski is made for being at its best in deeper snow, in big terrain, but it’s also a lot of fun to keep carving on your way back to the lift. The Rustler 10 wrangles our top thumbs up! 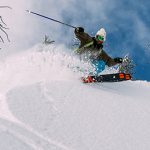 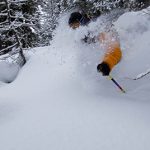