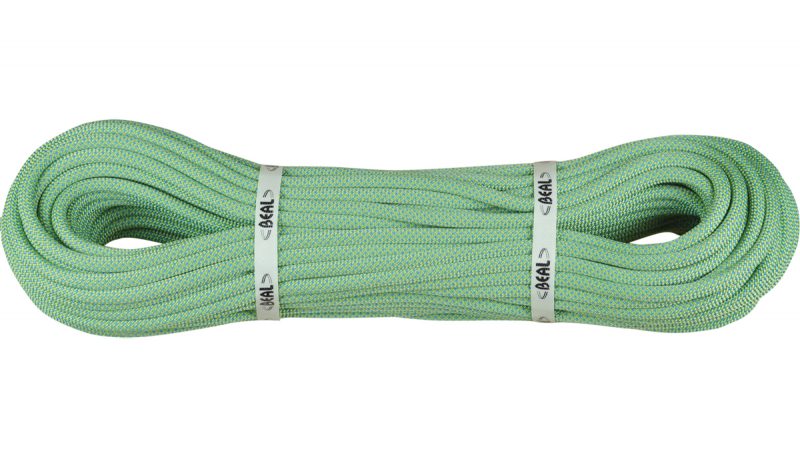 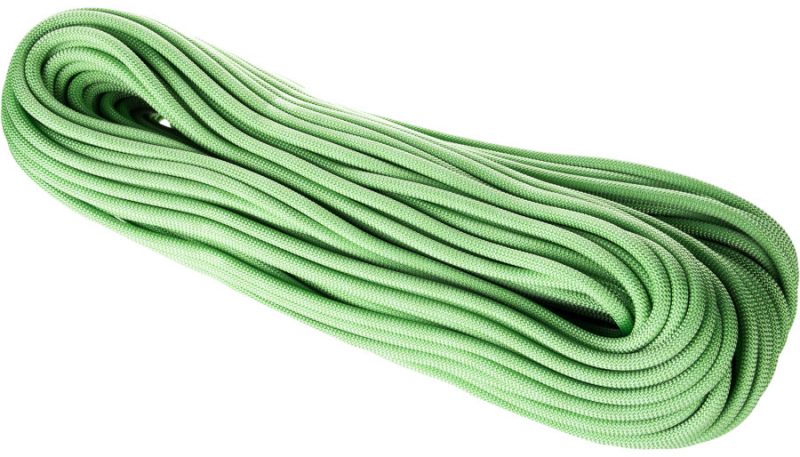 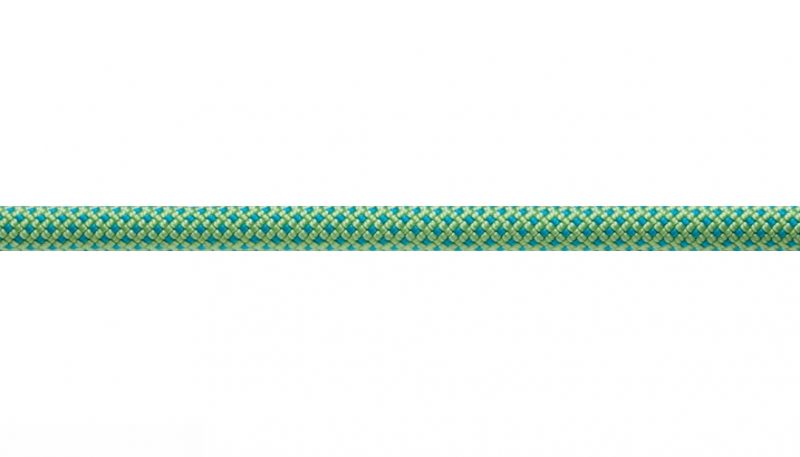 The Beal Joker 9.1 Unicore is a skinny rope that performs like a larger rope, making it ideal for a first timer. The new sheath to core binding technology is a step in the right direction, but the jury is out as to whether it works significatnly better than other ropes. It has the classic Beal noodle-like hand and super soft dynamic catching.

The Beal Joker 9.1 Unicore is a specialized skinny rope for alpine routes and hard sport sends. Due to the high 8% static stretch, it is not for top-roping or serious hang-dogging. This is a great rope for beginners starting to project hard sport routes.

This rope was the general favorite of the testing team — in part because it seemed like a real rope and less like a “shoelace.” It is UIAA certified as a dynamic single, half and twin rope.

While it is hard to determine how effective Unicore technology is, in a real world fall over a sharp edge, Beal gets high marks for trying to deal with the cutability issue of these specialized ropes. It also performed the best in our informal cut test.

NOTE: In our experience most climbers use skinny ropes incorrectly. Please click here for more information about how quickly strength and cutability is adversely affected by even moderate usage in skinny ropes.

Weight
Over a 25-meter climb, the difference between the 9.1 Beal Joker and for example, the Maxim GLIDER is 13g/M or 325g, roughly the equivalent of 3-4 Petzl Spirit quickdraws or a Grigri 2 (170g) and HMS carabiner (57g). While you would not make a redpoint attempt with a Grigri hanging off your harness, using a skinny sending rope may be more about an “a muerte” mindset, ease of clipping, low rope drag, and the very dynamic catch. For its mass, the Joker is a very light rope compared to its competitors.

Durability
We tried to informally reproduce the results shown by Beal’s own tests (video here). Despite the Unicore treatment, the sheath actually seemed looser on this rope than others we tested. While some testers disliked this and preferred the tight sheath of Mammut and Edelrid ropes, others thought this gave the Joker the feel and heft of a bigger rope. We abused this rope in the gym, on the notoriously sharp New England Schist, rough granite, quartzite, and on the prickly Ten Sleep Dolomite. We intentionally used it incorrectly (as our day to day rope for working routes) in order to stress test it.

We performed an informal “Simon Yates/ Touching the Void” cutability test. With bouldering pads underneath, we hung full bodyweight in our harness on the rope and slashed the rope lightly with a serrated knife until it severed. The Joker took 5 slashes to cut through—the highest number of slashes of the 4 ropes tested (ranging from 3- 5). However, this approximation/ non-controlled test was only to see if there were obvious significant differences between skinny ropes—which there were not. The takeaway was that in all cases it only took a few light slashes on all ropes to completely cut them.  Interestingly, the Joker sheath did not actually appear to be bound to the core that we could see.

Coating
Beal has two coatings: Golden Dry and Dry Cover. Both processes coat each filament and then heat the rope to “polymerize” it. The only difference is that Golden Dry treats the core and the sheath, and Dry Cover treats just the sheath. We did not expose the rope to full wet conditions, but the Joker’s Dry Cover performed well and the rope did not appreciably swell or increase in weight, in light rain and thunderstorms. However, Dry Coating can only slow the process of water absorption by nylon—eventually it will become soaked. Wet (even damp) ropes lose a significant proportion of their dynamic characteristics, but with this rope’s added dirt resistance and stiffness, the covering is a great feature of the Joker.

Hand
Once the factory stiffness is worked out and the kinks are pulled through, this rope feels great. In testing, after some additional use, the sheath loosened up significantly; not as much as the pre-Unicore Joker but very noticeable.

Catch
We used a standard dynamic (jumping) sport belay. The Joker gives an extremely soft catch—and stretches more than other ropes in this category.

Belay devices: Best with Click-Up and Edelrid Eddy—no slippage at all. Some locking up with the Click-up after hard falls (it looked like this was due to “pinchability” because of the looser sheath), but a larger diameter carabiner may solve this problem. Annoying, but not dangerous, there was slight slippage on the hang with Grigri 2, Cinch, Edelrid Mega-Jul, and regular ATCs. The Gri-gri 1 is not rated for this diameter but the cam locked with a fall and there was significant slippage on the hang.  It worked well with small ATCs such as the Bug and the Snap Cyclops.

Friction Coefficient
The Joker had one of the highest friction coefficients of the 4 ropes tested, i.e., least slippery through the carabiners. We speculate perhaps the sheath loosening gives it a larger actual diameter.