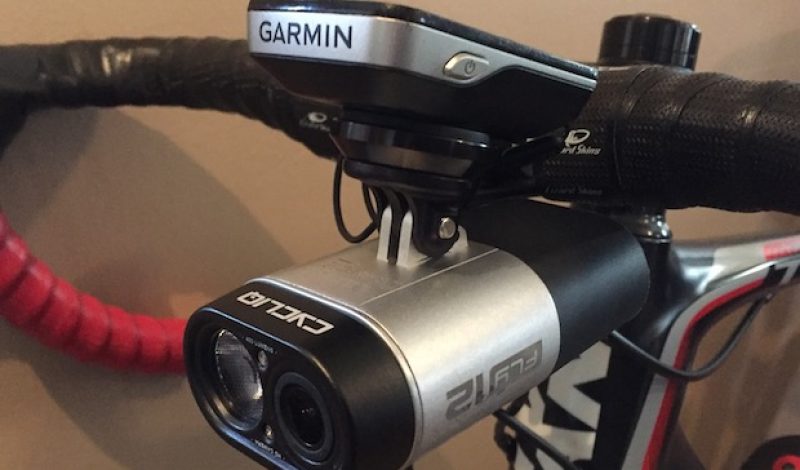 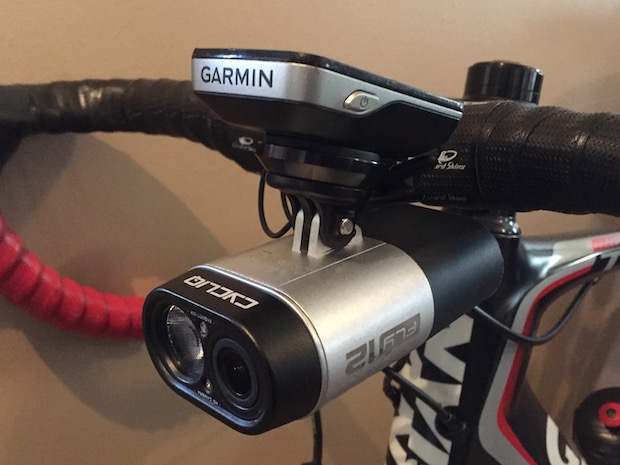 After a few close calls with vehicles on my usual training route, I decided to start riding with a camera in case I ever needed video evidence of some kind. I didn’t want to ride with a bulky GoPro on the road, so after a bit of research, I decided on the Fly 12 and 6 from Cycliq.

The Fly 12 is a front-facing 400-lumen light and 1080p action camera hybrid, while the 720p and 30-lumen Fly 6 is a rear light and camera combo. Both devices are solid and relatively compact given the fact that they’re pulling double duty. The Fly 12 has 10 different light effects including a straight beam and a fast strobe that will definitely catch drivers’ eyes either day or night (Hopefully without giving them a seizure), while the Fly 6 has multiple light variations as well. Most people won’t realize that they’re also video cameras however unless you tell them. 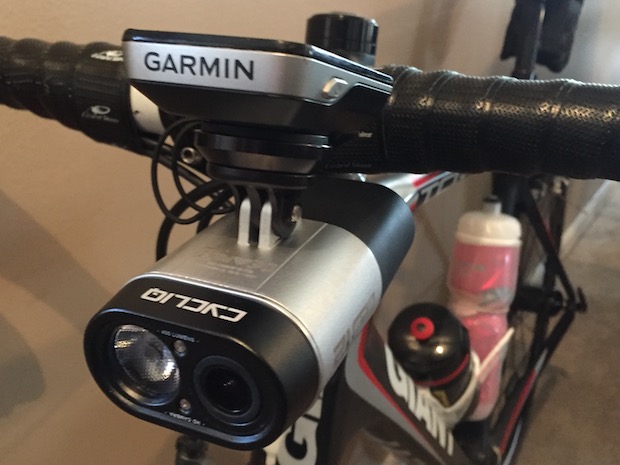 The Fly 12 comes with a GoPro-style mount, but I ended up chucking it in favor of a K-Edge extended dual Garmin/GoPro mount instead. This give my cockpit a less cluttered look overall. The Fly 6 attaches to the seat tube with a Velcro strap and a rubber shim, which actually slipped away on one afternoon ride, causing my Fly 6 to take flight. Luckily it was none the worse for wear, and I haven’t had any issues since.

I’ve been using the Fly 12 and 6 on every ride for the past month, and I’m happy with how easy they are to use. One push of the button and both the light and the camera are up and running. The on button for the Fly 12 is a little on the smallish side for my sausage fingers, but its not a huge deal once you get use to it. 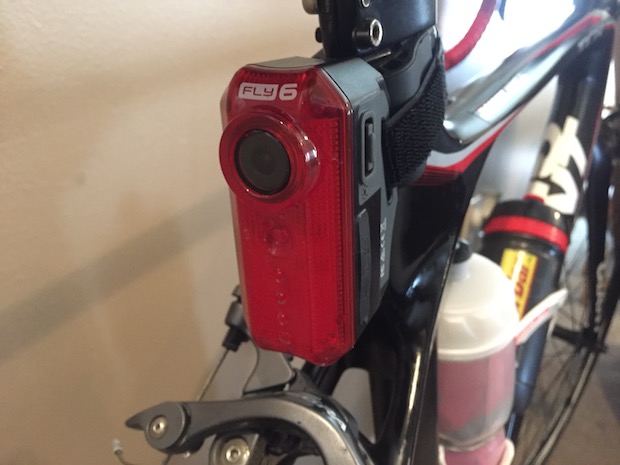 There’s a smartphone app that connects with the Fly 12, allowing rider to check out their most recent rides. Creating a shareable video is pretty straightforward and easy, although it took the app about 6 minutes to render a one-minute clip. Video quality is good, although neither camera is going to make me want to sell my new GoPro clone. Likewise, the sound quality is decent save for the incessant howl of the wind. Footage captured by the Fly 6 is saved as AVI files, so in order to copy and watch videos on my MacBook Pro, I had to download special VLC software. A relatively minor gripe, but definitely worth mentioning nonetheless.

Battery life is decent for both devices. Cycliq claims 10 hours maximum for the Fly 12 and 5 hours for the Fly 6, but the brightness setting for the light will impact those numbers. I typically charge them after every other ride, and haven’t had any issues so far. The cameras will beep when turned on — four short beeps mean they are completely charged, while one beep means it’s under 25 percent. Riders can dim the lights in order for a charge to last longer as well and the cameras will automatically shut off if the battery gets too low in order to extend the life of the light.

For about $350 and $170, respectively, the Fly 12 and 6 light/camera offer a good value and provide piece of mind while out on the road.