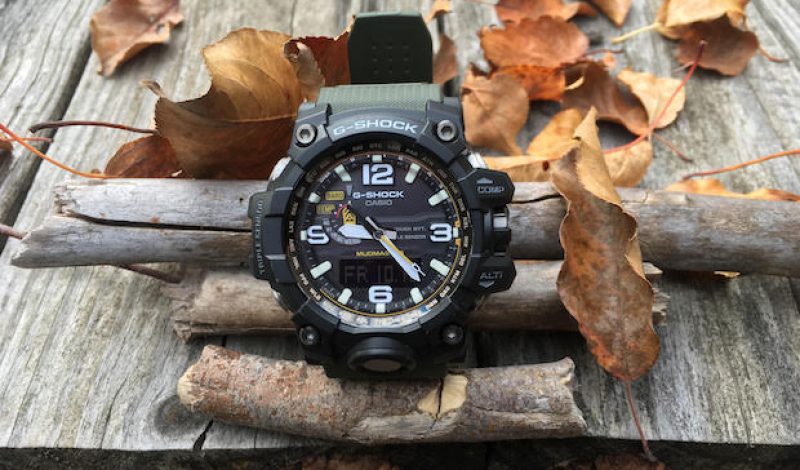 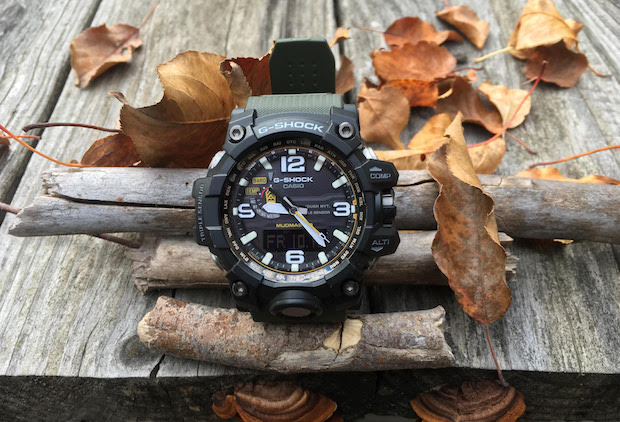 WHAT IS IT?
Void of GPS or Bluetooth, the Casio G-Shock Mudmaster is a premium multi-function watch that has been designed to be practically impervious to the elements. Boasting water, vibration, shock, mud, and dust resistance – and functioning as a compass, altimeter, barometer, and thermometer – the Mudmaster is a pricy, but welcome alternative in a market slowly becoming dominated by “Smart Watches”.

In the world of smartwatches, having a $750 price on a timepiece without a touch screen, GPS, or Bluetooth is a tough sell, but the G-Shock Mudmaster holds its own. This is due in no small part to its premium materials, myriad functions, and top-notch features. In short, this sucker is built to last and just might outperform the more complex “smartwatches” out there with ease.

In regards to Casio’s claims against all of the aforementioned resistances, I have done my best to check them all – and though I did not sink this sucker down to over 600 feet of water, I have really put the Mudmaster to task and can attest that it will stand up to its claims. 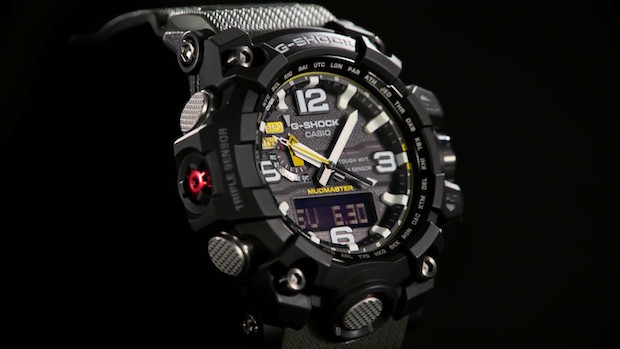 THE BUILD
The G-Shock Mudmaster is built like any other premium watch found in the “Master of G” line, which is to say that is actually watches overbuilt. In order to meet all of its resistance claims, Casio baked in a series of gaskets and pipes that completely seal the five function buttons and the crown. Additionally, to meet their vibration and shock claims, the watch module itself is suspended in Alpha Gel in the case.

THE WEAR
For a watch of its size, you would expect the Mudmaster to be a lot heavier than it is, but at 4 ounces it’s no heavier than a standard Timex Ironman watch. This is due in part to the resin casing, which makes up a majority of the components and is virtually weightless. The band is less than one-inch wide which keeps the Mudmaster from restricting wrist movement. Additionally, all of the buttons are over-sized, allowing the wearer to access all of the functions with ease, whether they’re wearing gloves or not.

EASE OF USE
My biggest fear with a new multi-function watch is the learning curve during which you need to program yourself on how to use it. Thankfully that’s not the case with the Mudmaster, which automatically sets the time and date out of the box. Besides having indicators over the compass and altimeter buttons, there are on-screen indicators to tell you which mode you’re in when utilizing the lower-left, multi-mode style button. The large button located below the “6” on the clock is designed to activate the LED face illumination feature, but you can also set the watch to have the face illuminate when you raise it towards you at a 40° angle.

FUNCTIONS
With the exception of the compass being off by two degrees – which is nominal at best – all of the readings were spot on. The thermometer worked great as well, except for after being under a jacket sleeve for a while which caused a one degree temperature increase.

CHARGING
A big issue with a lot of the new Smart or GPS enabled watches is battery life and charging. This isn’t a problem at all with the Mudmaster, which features Casio’s “Tough Solar” power system that has the ability to operate for nearly two years on a single charge. By design, you’ll never need to worry about charging the watch as just by exposing it to the sun the process starts automatically.

OVERALL
I owned my previous watch for almost ten years, so I was a little reluctant to switch over to a new one. But when it finally died, for good I was forced to start looking a rugged new timepiece to accompany me on my adventures. The G-Shock Mudmaster fit the profile of what I was looking for both in terms of durability and function. I’ve also tried a variety of smartwatches and though I like some of their features, besides checking my email or tracking my movement, they don’t offer many functions that the Mudmaster doesn’t.

I would recommend this product to anyone working or playing in the outdoor world that is constantly facing the elements and differing environments. The Mudmaster is a watch built to survive the harshest environments imaginable, and still continue to perform admirably. 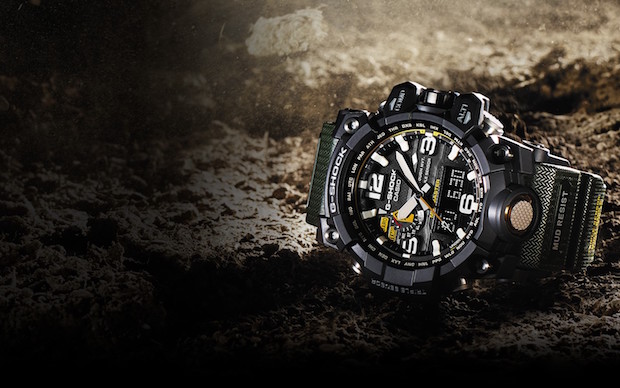