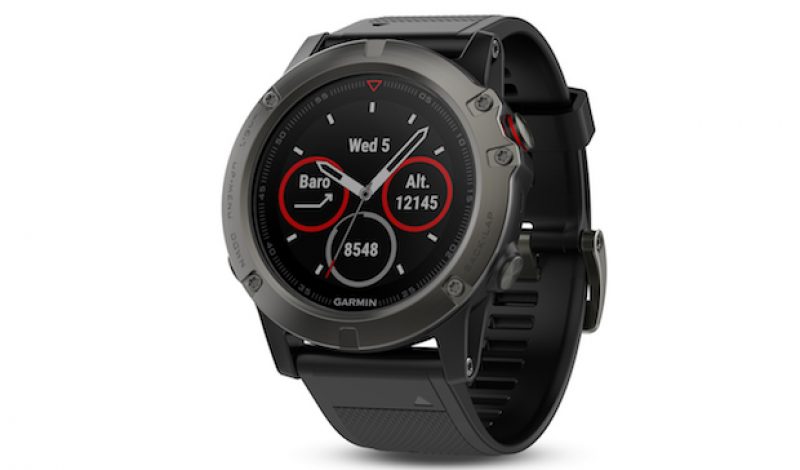 Sports watches, which have become small wrist-top computers with their own operating systems, typically take the same slow trajectory that most new technology follows. Improvements are gained through each iteration, with new features incorporated gradually over time. But Garmin’s newest multisport watch – the latest in the fēnix line – feels more like an arrival, delivering a mature product with all the features we’ve been waiting for.

Out of the box the fēnix 5X looks great and feels sturdy and rugged—like a watch you can rely on in the backcountry. It’s hefty, which might be a turnoff for those with smaller wrists, but that’s because it is brimming with every conceivable feature that can fit into a watch. This includes wrist heart rate technology, barometric altimeter, GPS, accelerometer, pedometer, and perhaps most impressively, Garmin’s new color topographic maps. Yes, maps on your wrist, as clear and beautiful as they are on your smartphone.

Once on my wrist the watch began to monitor my heart rate immediately and I was out the door moments after unpacking it. Using the maps feature I was able to navigate a new route to the trailhead for a run up Mount Sanitas, adjacent to my hometown of Boulder, Colorado. Best of all, the maps aren’t just topographic, displaying elevation relief lines, but also full street maps for cycling and running on the road too. And since they come preloaded you don’t have to painstakingly update the fēnix when you travel to new cities or regions.

I’ll be honest, I was extremely skeptical that a map on my watch, with a screen diameter of 1.2 inches, would be useful. But the fēnix 5X consistently proved me wrong on everything from a long run in Rocky Mountain National Park to a stand-up paddleboard in the lake region of New Hampshire. Without having to pull out a paper map or a phone I was able to stay abreast of my location with a glance at my wrist, which greatly improved my ability to navigate. I can envision this feature becoming essential for backcountry skiing, where the prospect of pulling out a map in the bitter cold has occasionally caused me to trudge on without really knowing exactly where I was, resulting in a less than optimal route to the top. 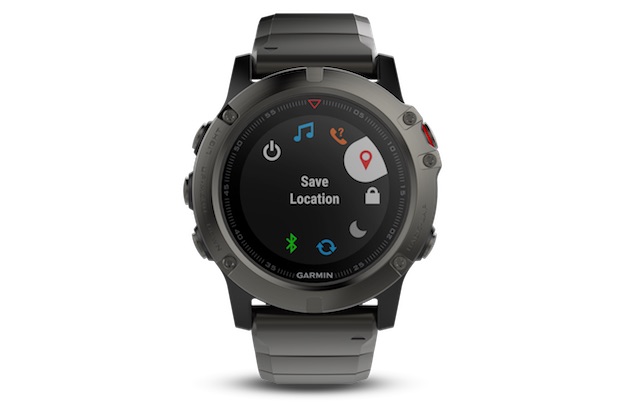 The watch and all its screens are fully customizable right down to being able to change the color of the seconds hand as it ticks by. It does not have the music storage capabilities that more and more watches are beginning to include, but it is considered a smartwatch, which means you can control your phone’s music, as well as get text and email notifications right on your wrist.

Garmin’s new QuickFit watch bands allow you to easily change the look of your watch based on your mood or activity by completely. Much like the bands on the Apple Watch, they can be swapped without the need for any tools, shifting from sporty silicone to leather or metal straps in seconds. This is a welcome feature and could not be easier.

The moment the fēnix 5 detected my home WiFi network it automatically and seamlessly uploaded my workout. The watch is waterproof down to 100 meters and the upgraded battery should last up to 12 days in smartwatch mode. With data recording activated I was able to record one consecutive workout for 18 hours, 31 minutes, 34 seconds with GPS+GLONASS on, while monitoring heart rate with a chest strap. Ultra-athletes will make use of UltraTrac mode to extend battery life to 35 hours (though it will decrease the quality and frequency of recorded data). Recharging the battery from dead to 100 percent took two hours. 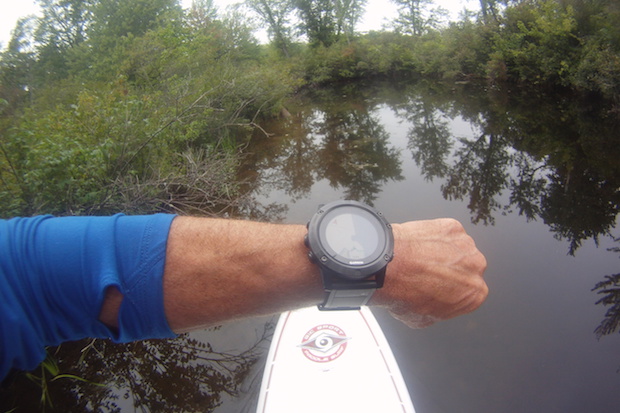 Having tested a number of wrist-based, optical heart rate monitors over the past few years, I can comfortably say this is the first one that I will actually rely on. Previous versions were simply not ready for prime-time for any athlete who knows their heart rate and expects accurate data. With that said, if you are doing heart rate based training a heart rate strap is still recommended, but it appears as though we’ve finally crested the hill of usability for this promising technology. 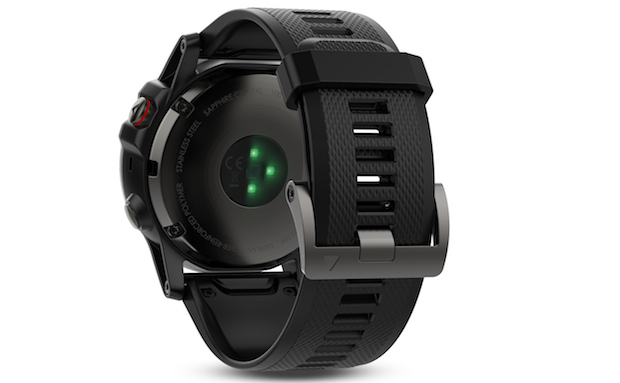 In the con column there is the obvious price tag, at $700. I’d also urge Garmin to hire away a few of Apple’s user interface engineers to improve the intuitiveness of the watch menus and settings. The only other complaint thus far is not with the timepiece itself, but Garmin Connect, the client software necessary for watch updates. Aside from insisting that I reinstall every time I restart my iMac, I have yet to be able to send a preset GPS course to the watch successfully.

All things considered however, this might just be the premier watch for the hardcore mountain athlete and adventurer.

Garmin launched the fēnix 5 series in January, 2017, with a lineup of three core watch models that can be customized into 14 variants. Accused of not having great small-wrist options, this new line offers a 5S model that is 42 mm wide, the standard 5 model at 47 mm wide, and the largest 5X at 51 mm. All of the models in the line come preloaded with a complete toolset for running, skiing, hiking, swimming and biking that has made the fēnix line Garmin’s bestselling series.