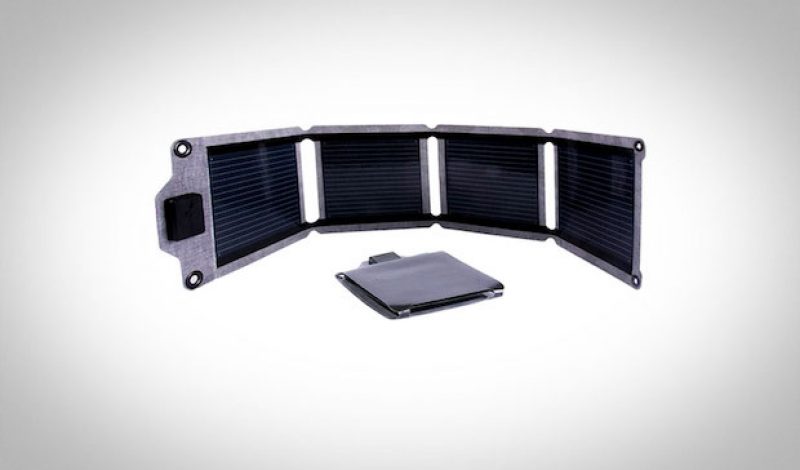 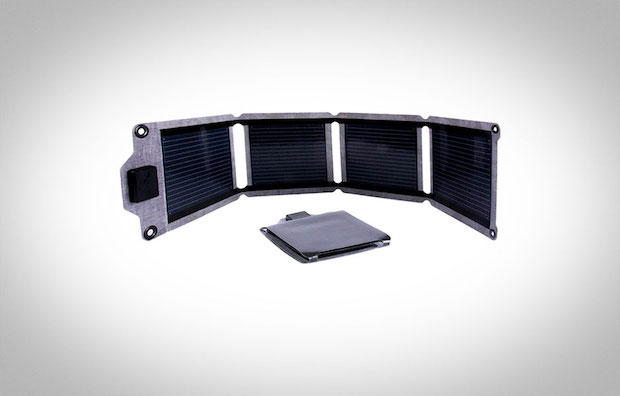 Keeping your favorite tech gear charged while traveling in the backcountry is about to get a lot easier. EnerPlex – a company that makes a host of charging solutions – will soon introduce two new lightweight solar panels designed specifically for use in the outdoors that will be the lightest consumer models on the market today, giving travelers and outdoor adventurers new options for staying powered up while on the go.

A few weeks back at the 2016 Summer Outdoor Retailer show EnerPlex took the wraps off both the Kickr 7 FL and the Kickr 10 FL solar chargers. These new products expand the company’s existing line of solar panels, which already includes several good options for collecting energy from the sun. But these two new offerings feature increased efficiency and much lighter weights, making them very attractive for those who need to find a way to keep their electronic equipment charged and functional, even while visiting remote places.

What makes these solar panels so special when compared to others that are already on the market? Well for starters, they’re surprisingly lightweight. The Kickr 7 FL (the “FL” stands for “feather light”) weighs a mere 5.1 ounces, which is half the weight of the previous generation solar panels from EnerPlex, not to mention 7.7 ounces less than Goal Zero’s popular Nomad 7 solar charger.

On top of that, the new Kickr 7 FL features a built-in USB port for charging your devices that offers 1.8 amps of power. That’s an improvement over both the Nomad 7 and the previous Kickr models as well. It also means faster charge times when placed in direct sunlight. As if that wasn’t enough, the Kickr 7 FL offers 6.5W of completely regulated power, which leads to about 90% efficiency while charging. Most other solar panels are unregulated, resulting in a lot less efficient use of power. 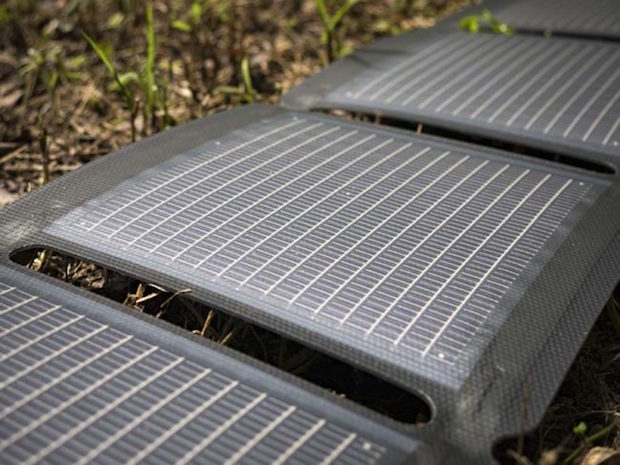 The Kickr 10 FL will be able to output up to 9W of power and weighs in at just 6.6 ounces, which makes it a solid option for those who need a bit more juice without adding much in terms of weight or bulk. Since both of the new solar panels are made of flexible thin-film photovoltaic materials, they can easily fold down to a small footprint for storage in a backpack. Better yet, they can be attached to the outside of your pack to collect power throughout the day.

I managed to get my hands on an early production prototype of the Kickr 7 FL and I can certainly attest to how lightweight it is. In fact, when I threw it in my bag on a recent outing, I didn’t even notice that it was there and momentarily thought that I might have left it behind instead. The flexible materials that EnerPlex uses to make these solar panels is very durable however, allowing them to withstand a great deal of abuse while still continuing to operate and full capacity.

When placed in direct sunlight, the Kickr 7 works quite well, charging my iPhone directly with surprising speed. Since it actually has four panels to draw power from the sun, it worked much more efficiently than similar products I’ve used in the past, many of which weighed significantly more, but still had longer charging times. The fact this works so well, while remaining very light, is a true selling point. 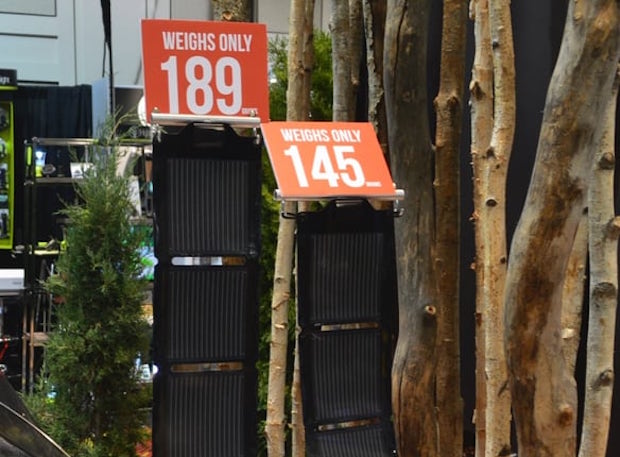 When paired with a USB travel charger, the Kickr solar panels make a solid power solution to keep all of your gadgets functioning for extended periods of time away from an AC power outlet. If you find yourself in that situation on a regular basis, perhaps these new products will give you some incentive to give solar charging a try.

Both of EnerPlex’s new solar panels are scheduled to begin shipping in early 2017 with the Kickr 7 carrying a $100 price tag and the Kickr 10 selling for $130. Find out more at GoEnerPlex.com.