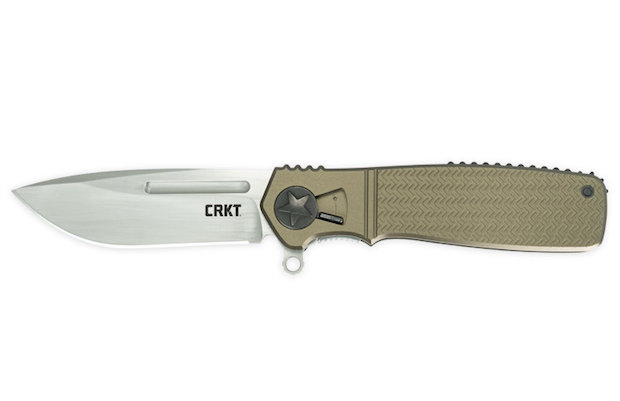 Knowing that dirt, pocket lint, and liquid can seep into their nooks and crannies and jam up how they operate, you would think that it’d be easier to take apart a folding knife. The truth of the matter is that a majority of them require tools that most of us don’t have. Some even require specialty tools that you can only get from the manufacturer; something you won’t consider until your ten miles into the Pacific Crest Trail and that one knife you rely on the most craps the bed. Alas, CRKT feels your pain and wants to change how you maintain your folding knives. Their doing this with their new Homefront model, a folder that is designed to break down into three pieces without the use of tools so it can be maintained whenever and wherever.

Made from AUS-8 steel and featuring Aluminum handle scales, the Homefront is a collaboration between CRKT and acclaimed knife maker Ken Onion – who has made a career of designing unique knives and pioneering innovation in the knife world. His latest contribution can be seen here in the Homefront folder and is being called “Field Strip Technology”. Check out the video below to see how Onion’s latest innovation works:

Not only does the Homefront represent the next level in folding knife design, but it leaves the door open for upgrades in blade shape and blade steel which could easily make the Homefront platform your go to knife for all of your folding knife needs. What makes the Homefront even more desirable – at least to this knife nerd – is that it’s a flipper too. That means you’ll have an easy access knife that’s quick to deploy as well as simple to maintain.

The one question that comes to mind, when you introduce something that’s so easy to take apart however is durability. According to CRKT, they’ve done some serious testing in that department and are confident that the Homefront is rock solid. They’re so confident that they’ve alluded to it being the “first in (their) fleet to feature “Field Strip” technology.” 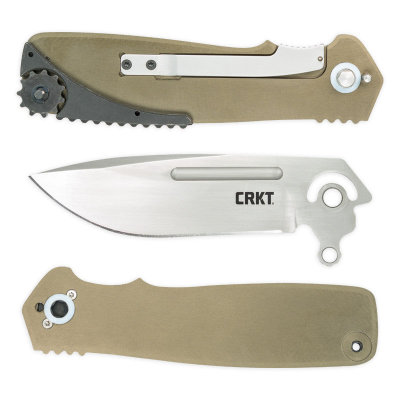 The future of folding knives has just landed on our front step. Give me a few weeks and I’ll let you know if it’s all that CRKT claims it is – though something tells me it just might be.