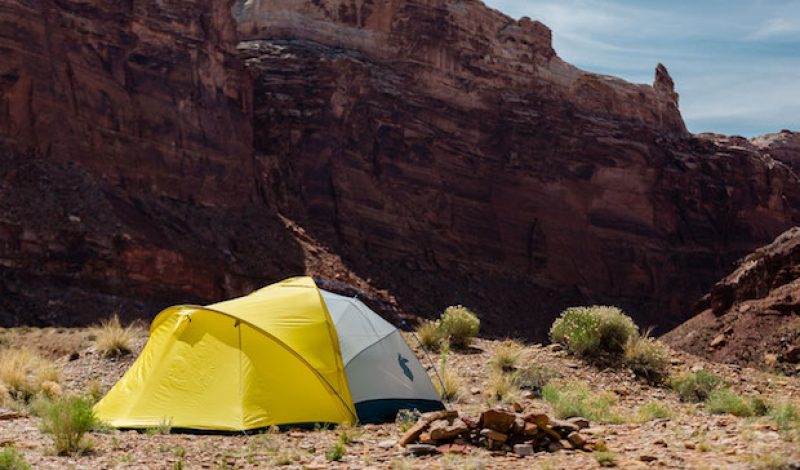 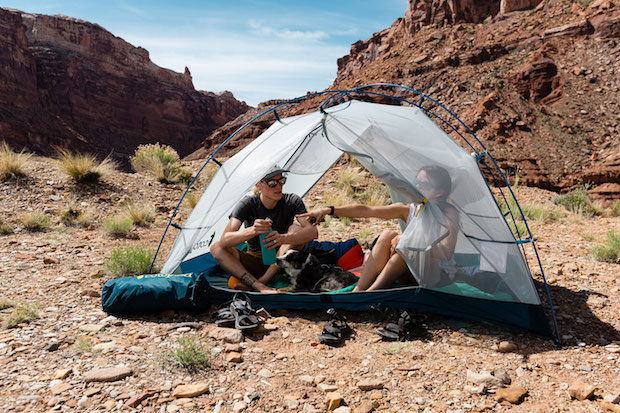 Having the right tent for your backcountry excursions can sometimes be a challenging – not to mention costly – affair. If you’re going it alone, a solo tent is the best way to travel, allowing you to carry everything you need with out adding too much extra weight. But if a partner ends up joining you, you’ll need to swap that shelter out in favor of a two-person tent instead. And if you find one or two more friends to tag along, it’s nice to have a four-person tent that you can all share. But buying three different tents can take its toll on your wallet, so wouldn’t it be great if you could buy one tent to satisfy all of those needs? That’s exactly what Cotopaxi has in mind with the new Inti 2, a tent that was built to be extremely versatile.

Cotopaxi has a reputation of bringing innovative design to its products, but the Inti 2 takes that approach to an entirely new level. The tent is built to handle solo adventures and two-person camping trips with ease, while also being able to exapand for those four-person outings. This is accomplished through modular design that allows it to almost effortlessly double in size.

Out of the box, the Inti 2 has been built to comfortably accommodate two people. It comes with a rainfly, two entrances, three poles, 10 stakes, and ample space in its interior, including lots of headroom. The tent tips the scales at 4 pounds, 9 ounces fully decked out, although you can drop more than a pound from its pack weight by leaving the rainfly at home. It is expected to retail for $350, which makes it a competitive option for those looking to buy a two-person tent. 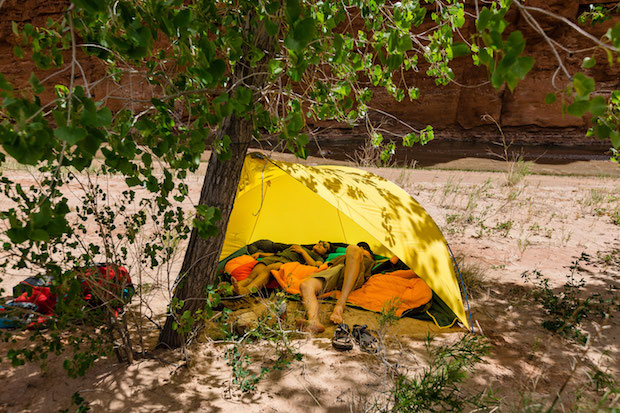 But, the Inti 2 has a few extra tricks up its sleeve as well. For instance, Cotopaxi has also designed an optional add-on for the tent that it calls the “Alcove.” This product weighs just 2.5 pounds and uses trekking poles in lieu of standard tent poles. When attached to one of the doors on the Inti 2, the Alcove effectively doubles the size of the tent, allowing it to hold four campers instead of just two.

In order to get this new product off the ground, Cotopaxi has launched an Indiegogo campaign. The company is seeking $35,000 in crowdfunding, and although those efforts have just gotten underway today, the Inti 2 has already pulled in nearly a third of what the company had hoped for. It seems that their idea for a modular tent has struck a chord with consumers, and it appears that the project is well on its way towards getting funded. 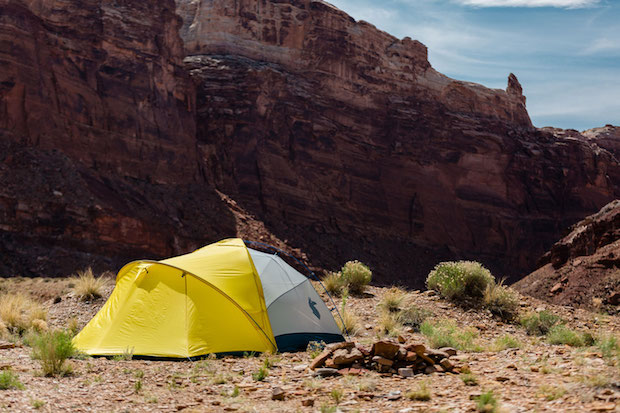 As mentioned, the Inti 2 is expected to retail for about $350 on its own, and will cost about $530 with the Alcove. But early bird adopters can get both (plus a water bottle) for just $325 when they contribute to the fund raising efforts now. That’s a pretty affordable price for a tent that is this versatile and gives you the option to sleep 1-4 people.

If Cotopaxi manages to hit its fund raising goal the tent is expected to begin shipping in late-July or early-August. Find out more and place your orders on the Inti 2 Indiegogo page.

Visit our hiking and camping page for more great gear.