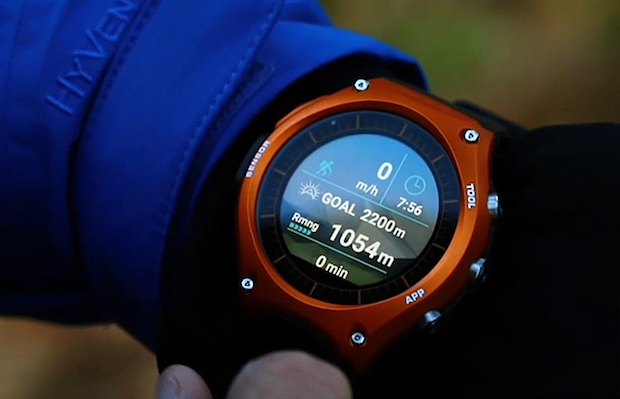 Smart watches have become commonplace in the past couple of years, providing us with the ability to stay connected, track our movement, and even act as a GPS unit. Companies like Garmin, Suunto, and Apple have seemingly pioneered this revolution by putting forth some solid offerings that when paired with our smartphones have endless capabilities. But Casio has been noticeably absent from the smartwatch game, that is until now. Earlier this week, the company who set the standard for rugged multi-function watches announced the launch of their “Smart Outdoor Watch” the WSD-F10, and by the looks of it, they’re aiming to set the standard in the land of smart watches too.

Besides being waterproof, and featuring the ruggedness of their G-Shock watches, the Casio WSD-F10 aims at tackling two issues common with current smart watches: battery life and overly complex graphical user interfaces (GUI’s). By utilizing Android Wear and a touchscreen LCD face, the WSF-F10 has the ability to last up to one month on a single charge. This is done by switching the watch into what can best be described as a “minimalist” mode where the watch functions as just a timepiece until it is switched back to a “fully functional” smartwatch mode when needed for your outdoor adventures. 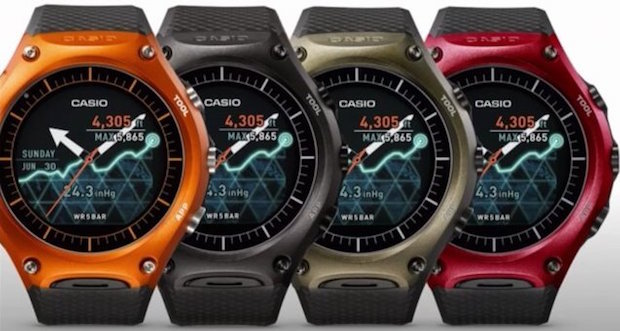 Like other smart watches in the market, the WSF-F10 comes pre-loaded with apps and can be paired with your smart phone to expand its capabilities. But, unlike some of the other smart watches on the market this one is truly designed for folks with an appetite for the outdoors thanks to some easy to use tools and apps that utilize a digestible GUI for navigation. One such app, which looks insanely awesome, even allows the user to pair the watch with an action camera to be used as a remote viewfinder.

Initial responses from folks who have had some hands-on experience with the WSD-F10 are positive. They claim that the user interface is polished and the apps are very well developed; especially ones aimed at outdoor adventuring. The WSD-F10 is considerably larger than the Apple watch, but falls in line with the size of a watch like Garmin’s fenix 3, so it doesn’t feel out of the ordinary for a device of this type.

The WSD-F10 is set to launch in April with an estimated price tag of $500. 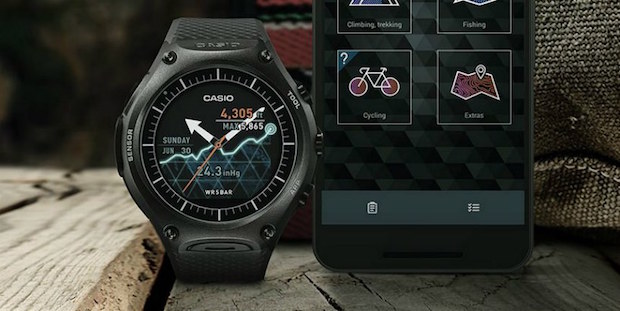