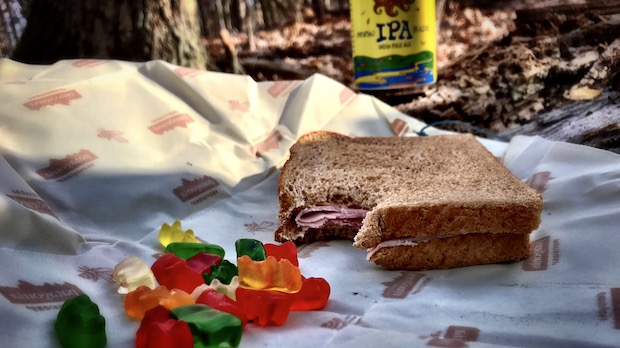 A decade or so ago, I was in an office kitchenette when one of my co-workers walked in and proceeded to turn his plastic sandwich bag inside out, wash it, and hang it to dry. Some of the other co-workers razzed him a bit, called him a “hippie,” and had a good laugh. But that guy; he was doing it right. Most plastic bags are designed to be used over and over again, but the majority of us never caught on to that fact and only use them once. This same majority are sandwich and mid-morning snack connoisseurs, which makes them repeat offenders. When I worked in an office, I used a Tupperware container. Day in and day out, I used it for years for sandwiches, snacks, and the like. And though I know I was doing my part for the environment by using a reusable container – I never felt like I was wholly holding true to my stance.

Me – Mr. Solar Power. Me – Mr. Office Recycling Freak. Me – Mr. If It’s Yellow Let It Mellow.
(For the record, HR totally nailed me for that last one. Don’t judge, most of you pee outside – YES. YOU. DO!)

Maybe Vermonter, Sarah Kaeck was feeling a little guilty herself when, in 2012, she founded Bee’s Wrap a company that makes plastic alternatives to such things as sandwich bags and plastic wrap. By combining organic cotton with beeswax, jojoba oil, and tree resin, Kaeck resurrected a type of malleable paper used back during pioneer days, which acted as a food-safe sealant, just like plastic wrap. In the five years since Bee’s Wrap launched, the product line has grown to include different sizes of wraps for different things. My favorite of these is the sandwich bag, which has become a staple in my outdoor adventures in sandwich eating. Furthermore, Bee’s Wrap has grown to be such a “thing” that you can now find it co-branded with Patagonia Provisions. Not too shabby for “some hippie.” 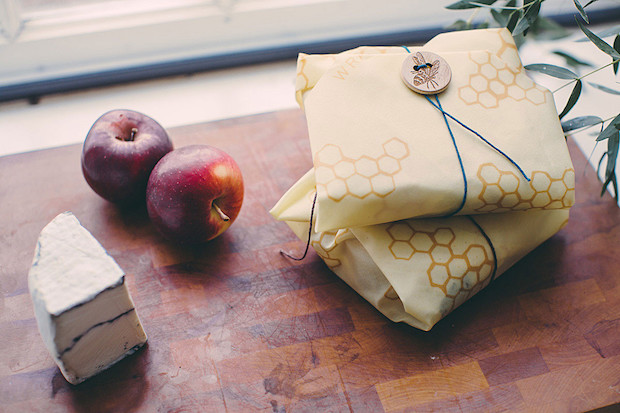 Bee’s Wrap doesn’t recommend you use their reusable plastic wrap alternatives for storing raw meat directly, but they do work great for darn near everything else. What’s more, if you’re in a jam out on an adventure, these products also make a great fire-starter. They catch a spark quickly, and burn slow, which allows you to form your tinder bundle and get a good controlled fire going wherever you are ¬–even in a rainstorm. Think about it, these things are just one big candle, aren’t they? Burn slow. Burn often.

In today’s eco-conscious age, everyone is trying their damnedest to get away from plastic bags. They’re not good for a variety of reasons, and, after decades of one-time use, plastic bags in all their shapes and forms have taken over our landfills and become an ecological threat. Yeah. It’s that serious. It’s so serious that some states have banned plastic shopping bags and others are in the process of following suit.

If you’re feeling a little guilty about your daily plastic “misuse,” I urge you to head over to Patagonia Provisions and pick up either a Sandwich Wrap or Assorted 3 Pack of Wraps. You could also visit the Bee’s Wrap website directly where you can select from their whole line of eco-conscious, washable, reusable, flammable plastic wrap and sandwich bag alternatives.