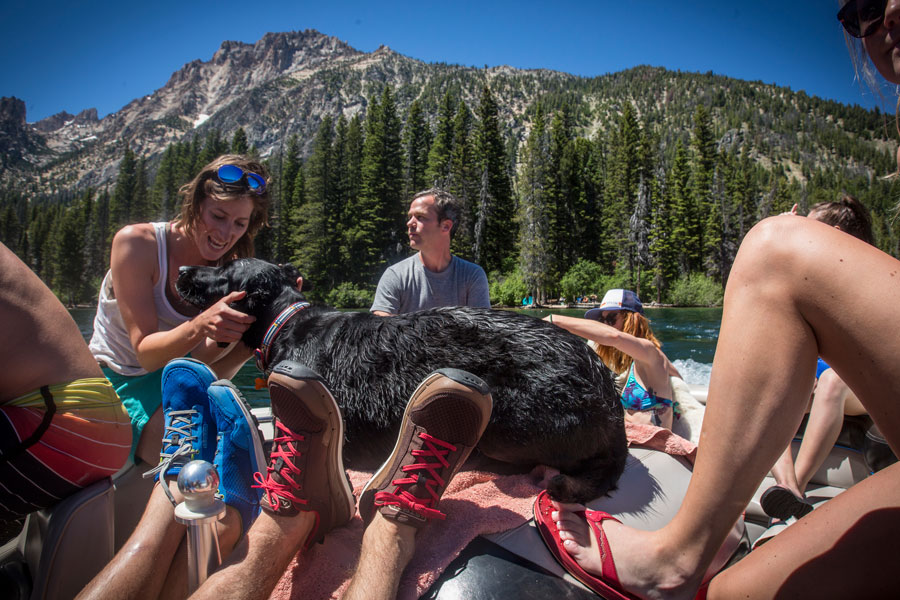 Some loyal Gear Institute readers may be old enough to remember the old-school PFD (personal flotation device) brand Lotus Designs, which was launched out of an old filling station in whitewater-mecca Asheville, NC, back in the 90s and was acquired by Patagonia in 1999, before they shut it down.

Founder Philip Curry then took a few years off and practiced biodynamic farming before launching his second PFD brand, Astral, in 2002, focusing again on the core whitewater and wilderness athlete with the goal of working in the least impactful, least toxic way he could.

Astral life jackets do not use PVC (polyvinyl chloride, the toxic plastic found in household items and outdoor gear), but they do incorporate polyethylene foam, which is recyclable and requires approximately half the amount of petroleum to create the same amount of buoyancy as PVC foam, Astral said. Approximately 15 percent of Astral’s PFDs incorporate Kapok for flotation, a naturally buoyant, compostable material made sustainably from the upper canopy of certain trees. It gives Astral’s PFDs a soft and flexible feel. They also recently completed the removal of all chloroprene (neoprene) from the line, because it utilizes toluene and other toxic substances.

In 2009, Astral Footwear was launched with the now famed Brewer boating shoe, followed by the creation of its G.14 rubber in 2014. When Curry, CEO and Director of Product, decided to take the plunge into footwear in 2009, he moved to Vietnam so he could learn everything possible about shoe production, and still spends about half of his year in Vietnam to maintain a close relationship with production and the factory family.

“We questioned and evaluated everything done before, found weaknesses and committed ourselves to doing it better,” Curry said. “I’ve poured the same amount of energy, time and resources into founding Astral Footwear as I did into Lotus and into Astral Buoyancy.”

“My original directions were: we’ve got to make a shoe without adhesives, as environmentally friendly as possible. Environment to us is an underlying theme, a constant thing, but it’s not something we talk about very well,” he said. Using the Brewer to help shape the design of the new collection, he’s been able to use 40 percent less energy and 70 percent less adhesives. Thus creating a collection that’s 50 percent lighter weight on average than other comparable models, which is actually a relatively easy way to measure the enviro impact of a collection.

Available in stores now are beefed up versions of the original Astral water shoes. Durable, yet the lightest in their class by 20-50 percent, the performance-casual, rugged-yet-stylish Astral Donner (for men) and Tinker (for women) hit shelves this earlier month. Having been a huge fan since the Brewer came out (I still boat and fish in my first pair), the Donner builds on this lifestyle-inspired, highly functional water shoe. 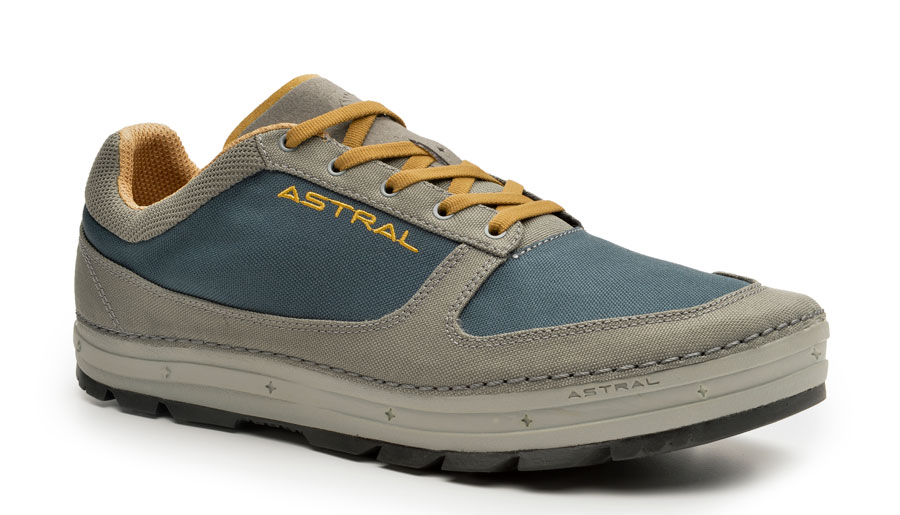 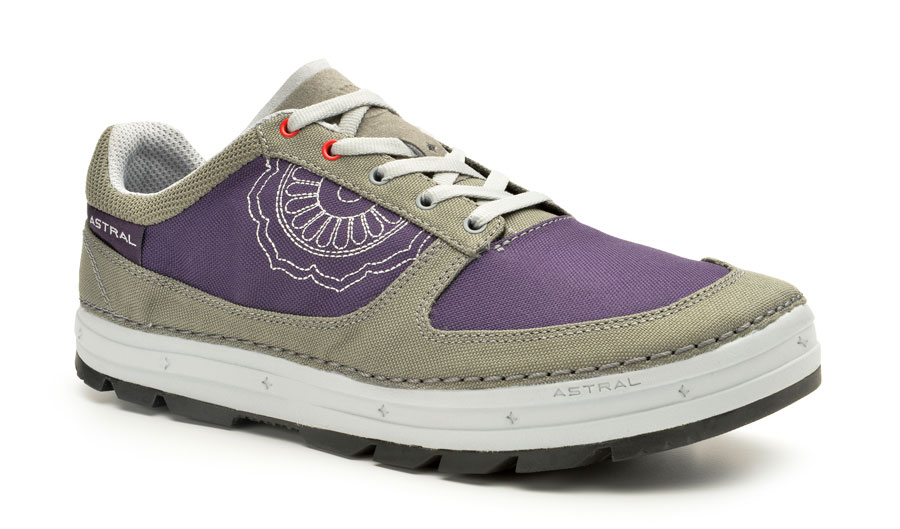 “The footwear world doesn’t necessarily understand how core works, as nine out of 10 brands are just a shell of a larger brand. There’s only a few footwear brands in outdoor that are still led by their founders and by their original intention and their original commitment to the user, to their performance in nature,” Curry told The Gear Institute. “From Chaco to Teva to Keen all started with an important performance angle. Now they’re more a marketing machine competing for a piece of the huge footwear pie.” When Curry isn’t in Vietnam he spends the rest of his time in Ketchum, Idaho, where he can paddle and test his products in their intended end-use playgrounds.

Astral is now introducing a completely new TR1 trail shoe series that will be debuted at Outdoor Retailer Summer Market next month in August, and will hit retail shelves in the Spring of 2017.

“Building upon our fundamentals of lightness, superlative grip, balance and water-readiness; we’ve developed what we think is the highest performing, most versatile trail shoe on the market,” said Curry. Features will carry over from the water shoes: Balanced Geometry™, Cushioned Support System™, G® Rubber compounds, Polygiene® treated insoles, and water-ready hydrophobic mesh.

The TR1 Series is comprised of the TR1 Trek, TR1 Junction, and TR1 Mesh. Astral shoes resonate with today’s consumer who appreciates a simple, reliable and versatile shoe. Featuring highly technical yet stylish components, Astral started out making shoes for their core paddling fans, who were constantly maneuvering around slippery boulders and canyons in intense environments; and that approach to footwear was the foundation for their new generation of trail shoes.

>>All shoes are Vegan, made without any animal by-products. 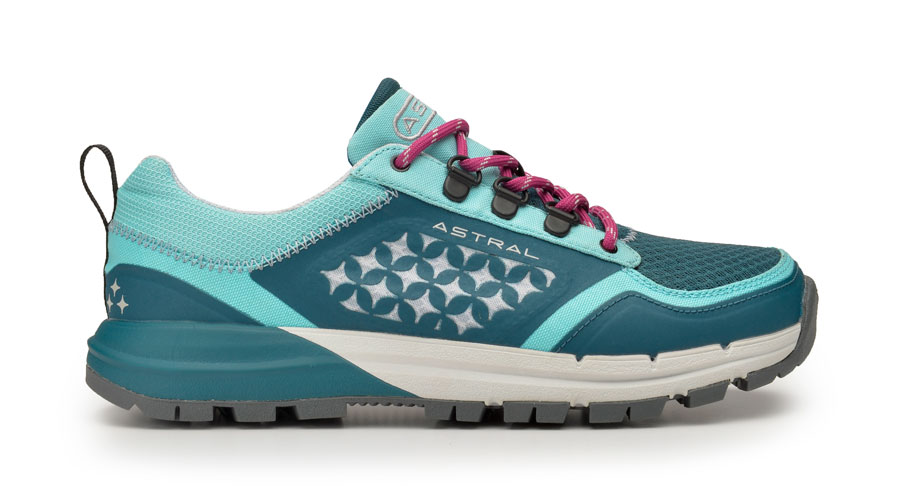 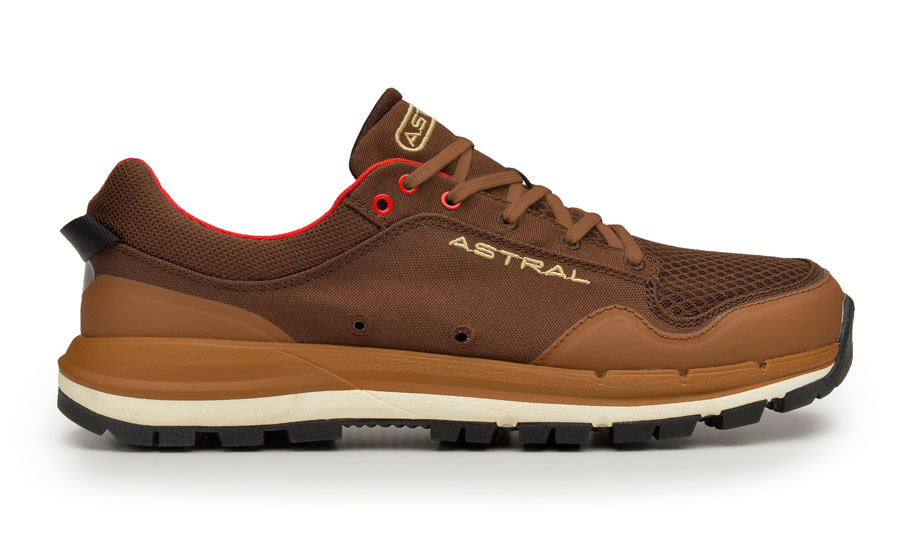 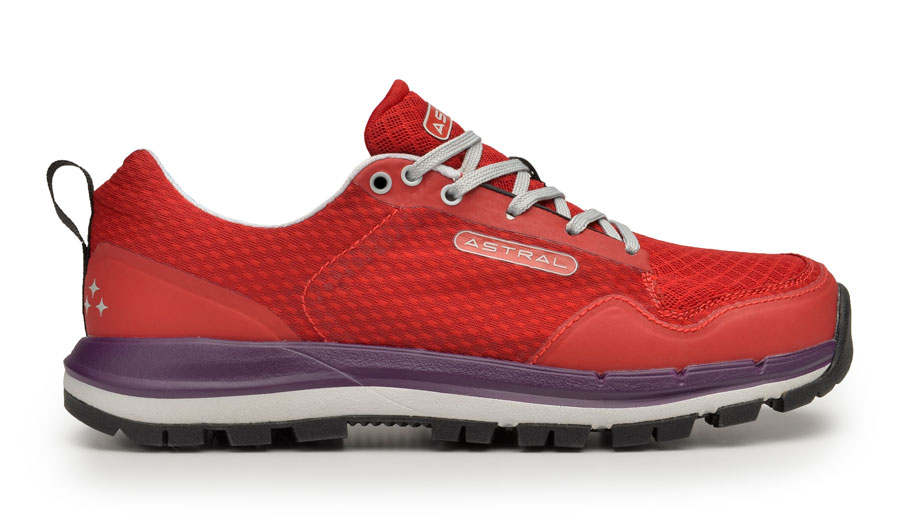 “I come from the sport of kayaking, which takes more of a creative, solution-oriented approach. There’s been so many strong brands that have come out of water sports, Teva and Chaco from the Grand Canyon, Keen and Sperry from sailing. And speaking personally from the Class V kayaker perspective, they abandoned the market. There hasn’t been a brand since Teva who was fully committed to that segment. So when we started in 2009 we really wanted to show that core market that these shoes are totally for you. And the unique aspect is that you can wear them all day, all night, all weekend, all week, you don’t only have to wear them in your kayak. They perform better than anything out there but are still extremely versatile. Their performance is unparalleled in really demanding applications for footwear.”

“Astral’s foundational thing is the rubber,” said Curry. “Coming from the kayaking world, Five Ten was the gold standard for grip. It took me a couple of years in the labs in Korea to develop a rubber that would compete with Five Ten, and we’ve done that.

They’ve got exceptional grip, they’re level, and they’re ready for water, or, “water-ready” as Astral likes to say. “But for me the most interesting thing is not only how high they perform but how casual they look doing so,” Curry says emphatically. “Outdoor shoes look a certain way, and we don’t follow those traditional design cues. It’s fun being part of a change in paradigm for what a hiking shoe or a water shoe should look like. You can kind of say that this is the new face, new approach to outdoor footwear.” 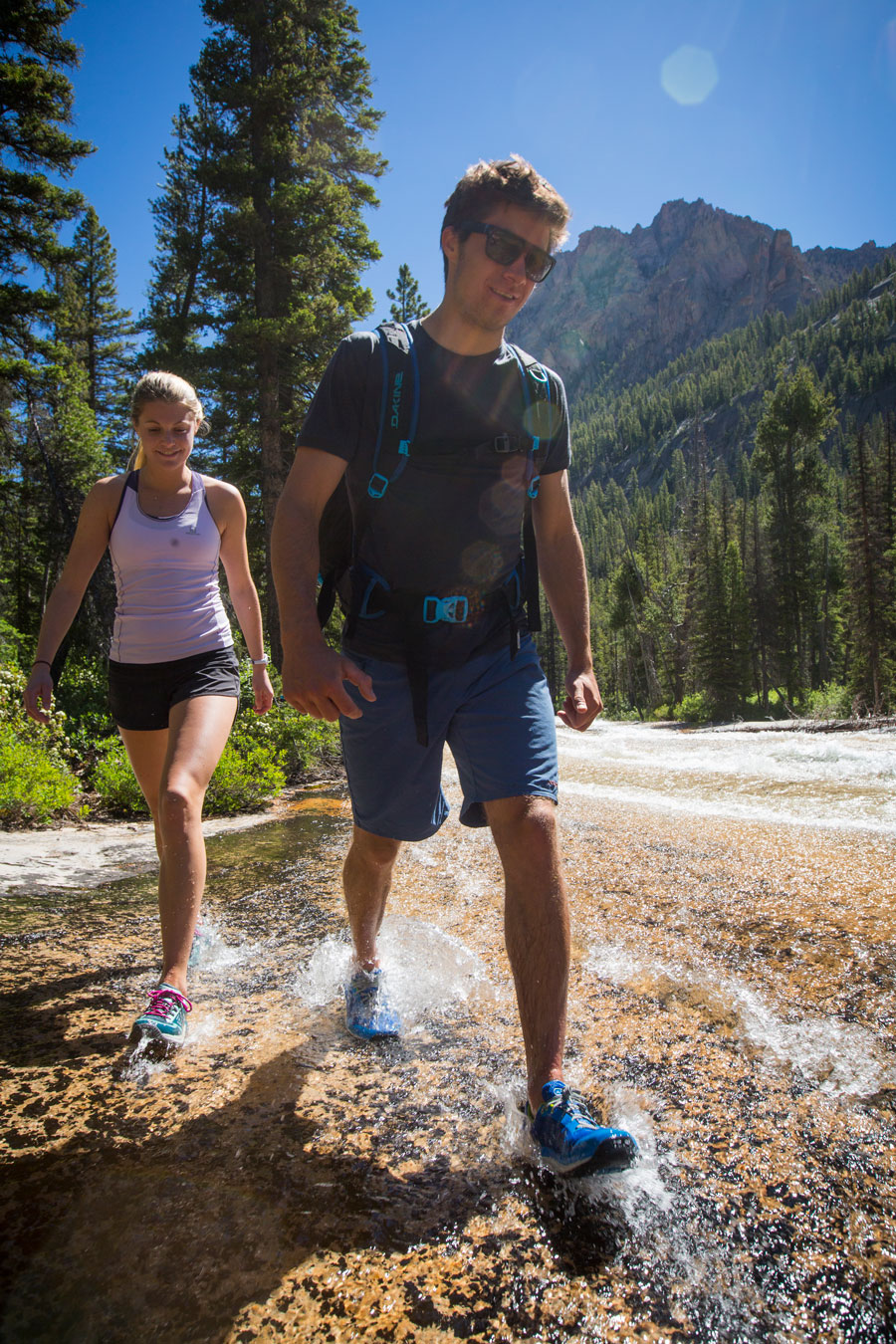 Photos by Eric Parker for Astral