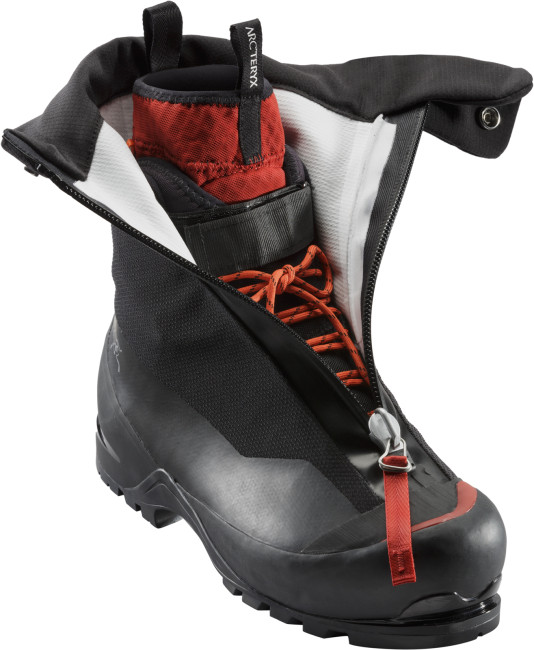 There is no denying that mountaineers demand a higher level of performance from their boots than hikers and backpackers. Not only do they require better grip on a wide variety of surfaces, they need footwear that will keep them warm and well protected in conditions that can sometimes be extreme. To meet those kinds of needs, Arc’teryx has introduced the new Acrux AR GTX, which promises to be the lightest and slimest double boot on the market today.

Built specifically for high altitude climbers looking to take on mixed routes of snow, ice, and rock in alpine settings, these boots feature everything you’d expect from a highly technical piece of footwear. They have Vibram outsoles that are meant for climbing on all manner of surfaces, a removable liner and outer shell made of Gore-Tex materials, and Arc’teryx’s very own Adaptive Fit system that is meant to cradle the foot, keeping it warm even in harsh conditions. They are fully crampon compatible of course, and have both a traditional lacing system and a Velcro collar that allows the wearer to quickly dial in a perfect fit. 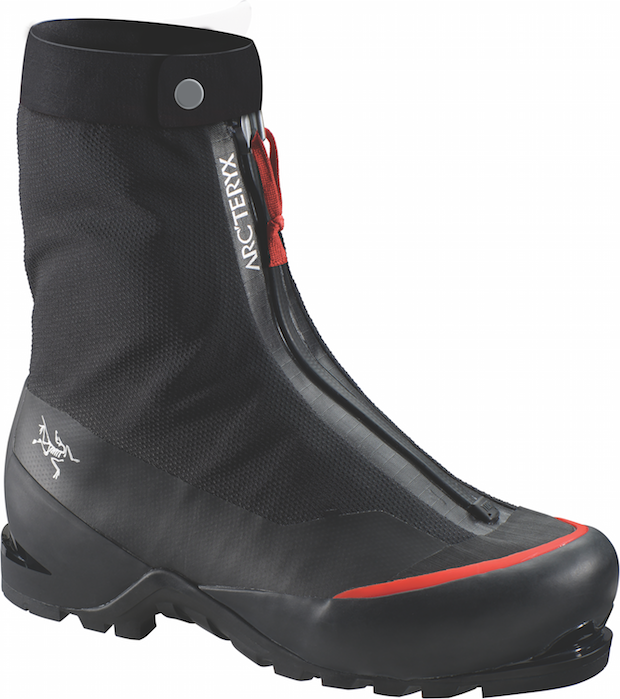 But what makes the Acrux AR so enticing is that it weighs about as much as a single mountaineering boot, while offering the same level of protection as a double boot. Lightweight and low volume, these are surprisingly slim, tipping the scales at about 940 grams (33 ounces) depending on your shoe size. That may seem heavy when compared to what you’re wearing right now, but in the world of mountaineering footwear, that is very lightweight for a double boot. This of course translates to better speed on the hill for the climber wearing them.

This highly specialized boot will appear alongside Arc’teryx’s 2016 gear line-up and will reportedly retail for $750. That number will probably give some readers a bit of sticker shock, but that is actually a very competitive price for a mountaineering boot of this kind. Look for them to arrive in stores in the near future.