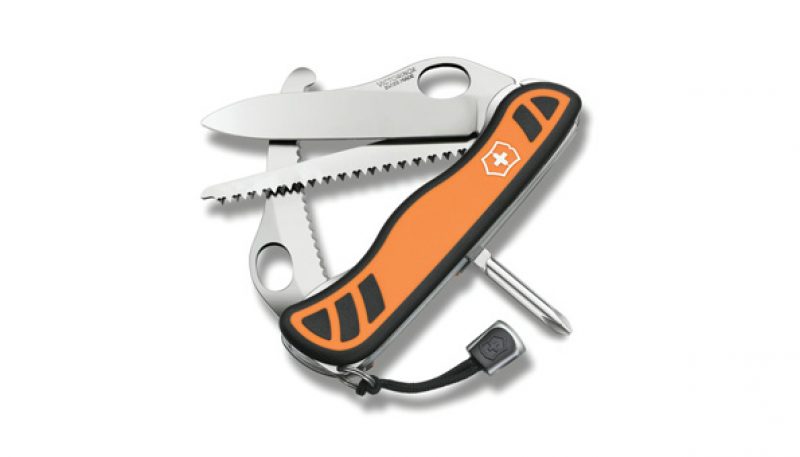 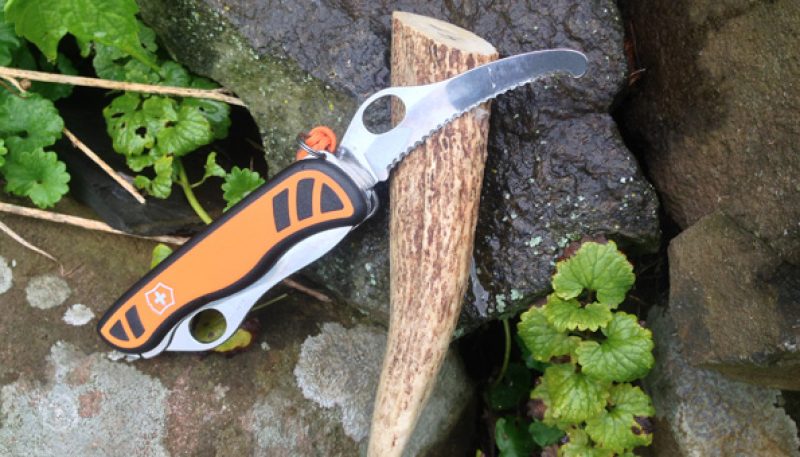 This would be a good addition for the outdoor multi-tasker. It’s simple, but offers (almost) all the tools you need to get by in the outdoor world. I ended up testing the serrated blade on some antler and bone and it worked really well. I think this tool could eliminate the need for carrying around an extra blade for the hunters out there.

Value
At $62, the Hunter XT is fairly priced.  You’re getting a minimal multi-tool that is uber-resistant to the elements with the quality that Swiss Army is known for. I’m a little perplexed as to why Victorinox decided to include a Phillip’s head screwdriver over a flat-head, but I will get over it.

Construction & Materials
The Build
On par with the classic Swiss Army knives we grew up with, the Hunter XT is built on a complex, compartmentalized frame that keeps the tool rigid and durable. The whole thing is pressed together with pins, which will bother those folks who like to maintain and repair their own tools, but the trade-off is its durability.

The Lock
A liner-lock is really the best choice for a tool like this. Victorinox did a great job of making the actuator oversized, allowing for easy operation with a bare or gloved hand, but I think they forgot to add one for the wood saw. Additionally, the lock for the serrated blade is very smooth and easy to operate—but the one for the drop point blade will take some getting used to, as it lives in tighter quarters.

The Steel
As far as I can tell, the Hunter XT uses 12C27M for its blade. 12C27M is a good, affordable stainless steel which holds up well against water, salt water and saps. I would be wary using it with corrosives, as the finish won’t hold up to them very well. It has a Rockwell of 55-59, which is good for durability and edge retention.

Upkeep
The Hunter XT was designed to be abused, hosed off, and put away. I will warn you that all of these tight compartments can get filled up with debris fairly easy.

Design/Ease of Use
The Hunter is a little bit bigger than what I am used to carrying in my pocket, so I’ve been using it in the sheath and it’s been pretty good. The thumbholes on the blades make for quick and easy work and the positioning of the Phillip’s screwdriver allows you to work on some really stubborn screws with ease. Personally, I think Victorinox could drop the non-locking saw on here for a flat-head screwdriver, as the serrated blade cuts branches up just as well as it does.

Edge Retention
Both blade types held up really well. It’s tough to find the right things for a fully serrated blade to be used on (hence my recommendation to remove the saw), but it proved to be a valuable tool when cutting rope, bone and branches. Because of the softer blade material, I did have to re-sharpen the drop point blade, but it only took 5-6 passes through a standard hand sharpener to get it back to a factory edge. The serrated blade won’t be as friendly.