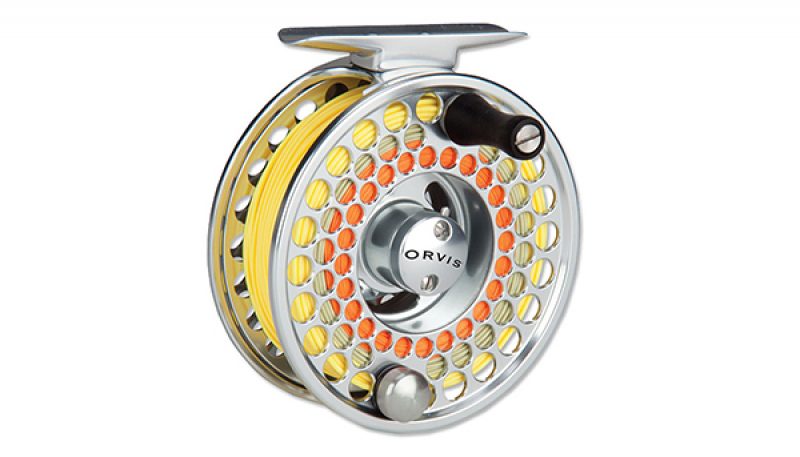 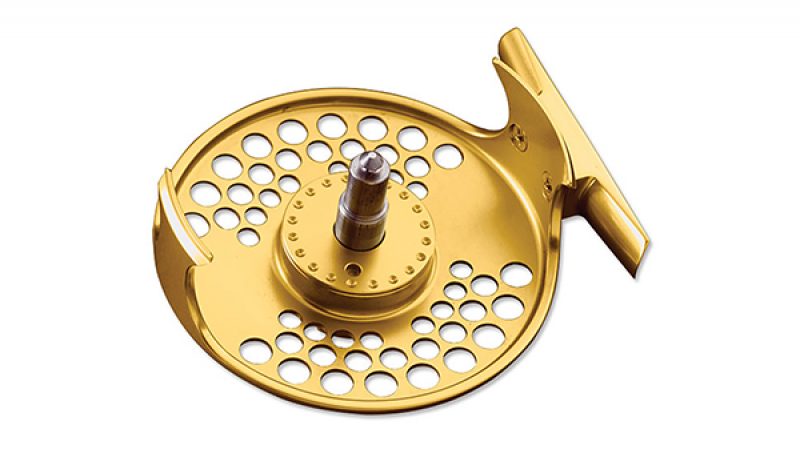 The Orvis Access II performed yeomanly duty whenever we took it out. It’s mid-sized arbor means line pick-up is a bit slower than some of the other reels in the test, and its looks are not going to draw appreciative looks from other anglers. But the Access works, purely and simply.

The Orvis Access represents the mid- to low-end in the Orvis reel line-up, but its performance in most cases matches up well with other, far more expensive models.

Drag and Line Management
The Access’s carbon-and-stainless steel drag resisted drifting—the tension stayed where I set it, even after repeated tugs from a series of big fish that wanted to run. The full sealed drag system ensured dirt, debris, and salt (when I used it pursuing sea-run cutthroat trout in Puget Sound) stayed clear of the works. The large back-side knob was easy to adjust, even when wearing gloves.

When getting fish on the reel, though, the Access comes up a little short. The somewhat small spool and arbor diameters mean more cranking to retrieve the line—a large arbored reel like the Cheeky or Sage 3250 picked up line significantly faster. That’s especially important during warm conditions when trout need to be quickly pulled in and released to reduce stress on them.

Durability and Design
The Access II reel stood up to significant abuse with little wear or tear to show for it. I found a few nicks and scratches after rock-scrambling between alpine lakes in Washington’s Cascades, but the performance of the reel was not affected. I imagine this reel could be one of those that get’s passed down from generation to generation.

Given its workman-like performance, it’s not surprising its not exactly a work of art. It’s simple, clean design aids its simple, clean performance, but it is not the most stylish reel in the test. The basic design has a timeless feel, but it won’t draw envious glances on the river. 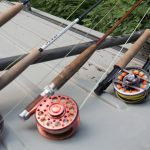 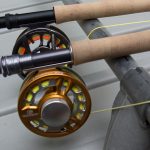