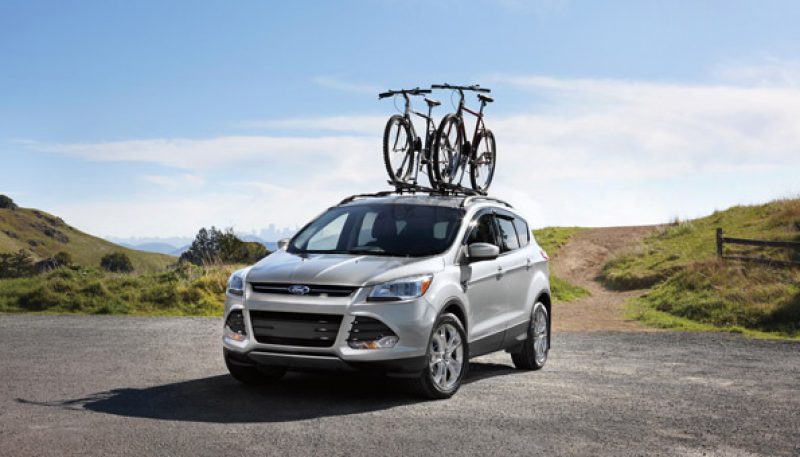 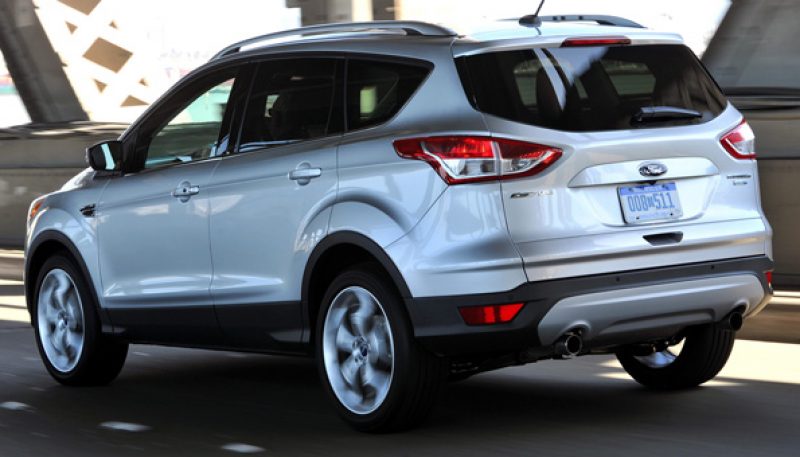 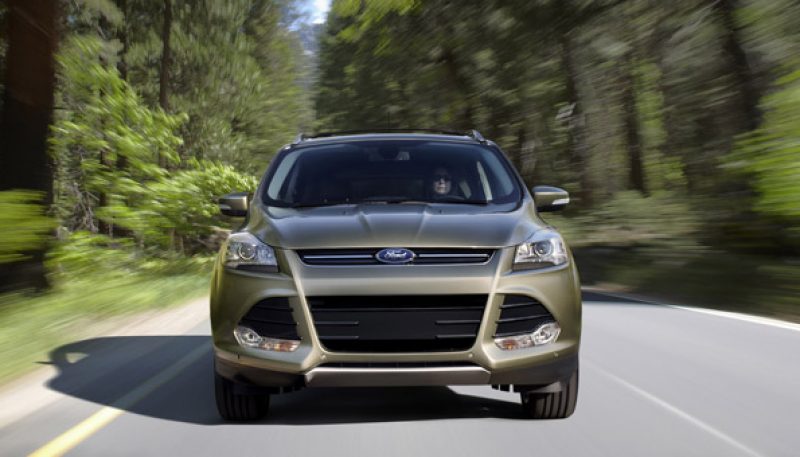 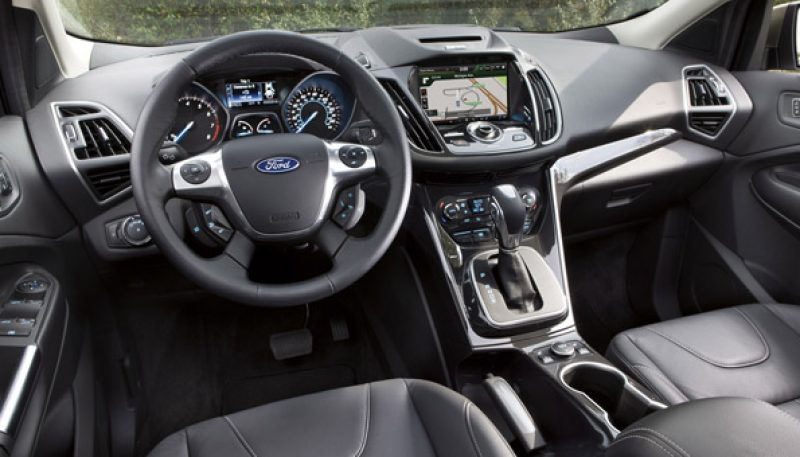 The 2013 Ford Escape with the EcoBoost engine is a fun-to-drive small SUV that’s perfectly suited for urban dwellers and gadget geeks looking for SUV functionality (cargo space, 4WD) with the power to scream up high-altitude, snow-packed mountain passes. Buyers who live in cities should pay the extra $1k for the self-parallel parking system—it’s amazing.

Power & Handling
The EcoBoost 4WD is the performance version of the top-selling Escape and as such its sticker price is roughly $10k more than the base-model Escape with front-wheel drive and a less-powerful engine. But that extra dough means you get a vehicle that’s as user-friendly in downtown Manhattan as it is in downtown Bozeman, Montana.

On a steep freeway incline climbing from 6,000 to 8,000 feet, the turbo had no problem staying with, and passing at 80 mph, the BMW’s and Audi’s on their way to Colorado’s ski towns. On the twisting road back down to Denver, the Escape’s handling felt more car-like than SUV with a nicely balanced steering wheel that returned just enough road feel to keep me from getting too aggressive.

The Escape’s ride was firmer than I expected, which was welcome when I was attacking a twisting canyon road or ripping around street corners, but on an hour-long freeway run, the bump-da-bump of the concrete roadway started to annoy me, especially for a fully loaded vehicle with a $35,000 sticker.

The visibility out the rear window wasn’t spectacular but the optional rear-view camera was a blessing—I recommend upgrading to get one.

Cool Tech
I got the most out of the Escape in the city. Its self-parking system was able to squeeze me into parallel parking spots I didn’t think would work. All I did was turn the system on while driving slowly down a street, stop when the system had identified a spot, and then take my hands off the wheel and foot off the brake. The car then parked itself, sliding perfectly into the space.

Another cool gadget: When I was approaching the rear hatch with my hands full of gear, all I had to do was wave my foot under the rear bumper to activate and open the power liftgate.

The large touchscreen in the center of the dash controls everything, which is great for a passenger, but for a driver—not so much. It’s not very convenient when you can’t feel the difference between turning up the heat and turning up the stereo’s volume while barreling down a congested city street at night. It’ll take some time to grow comfortable with it, but in the meantime the level of data available and intuitive interface only add to the tech savvy-nature of this Ford.

Cargo & People
The front seats on the Escape are supportive, even during hard driving or long interstate runs. The 2nd row won’t win any comfort awards, but there’s plenty of legroom and shoulder room for 6-footers such as me. You can fit three people in the rear, but realistically, the bench seat has room for two. Behind that, the cargo area could hold a golden retriever in relative comfort or four 5,000 cu. in. backpacks stuffed for a week on the AT.

Fold the rear seats down and there’s enough room for two adult bikes (front wheels removed) or a three sets of skis/snowboards. The 60/40 seat split allows you to take 2 buddies up to the ski hill and keep the sticks inside.