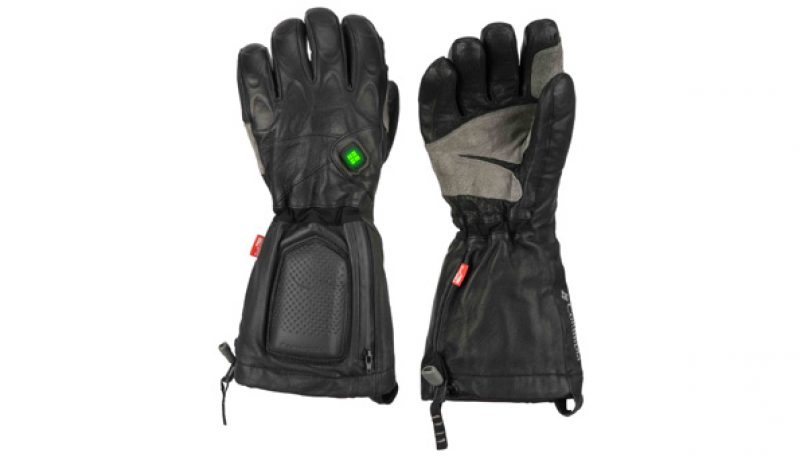 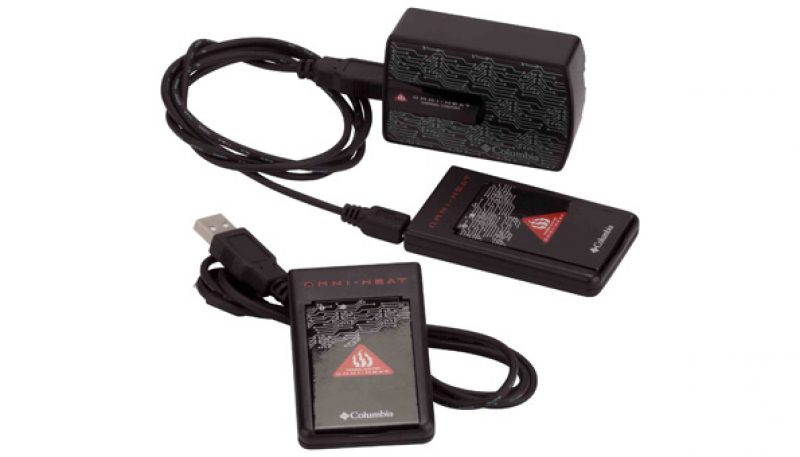 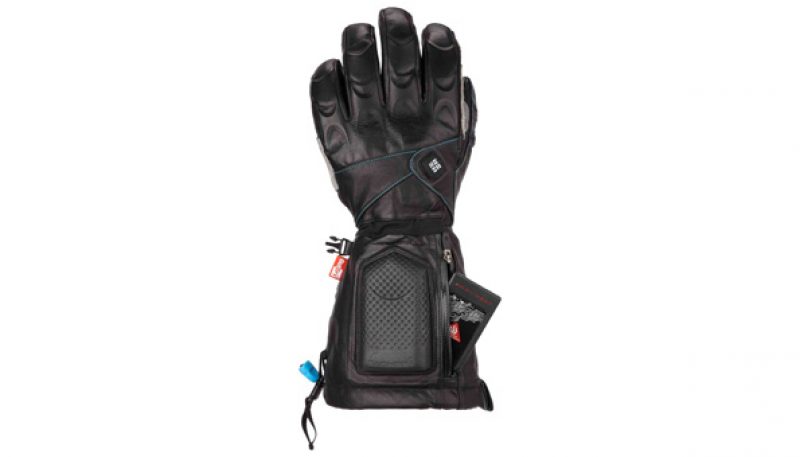 The Bugaglove Max were warm and comfortable, even without the heat turned on, and a durably built—albeit with poor dexterity. The battery heat is very warm but lasts only half a day. Due mostly to the very high price, we can only get behind these gloves if you suffer from very cold hands and have deep pockets.

Battery-powered heat
The key feature is the adjustable electronic heating system. The gloves came with rechargeable batteries, a recharger module with micro-USB cables that would seem familiar to anyone that has a cell phone or MP3 player, and a set of plug adapters for international travel.

Weight: A bit heavy
The gloves were a bit heavy with all the leather and equipment, but the batteries rode comfortably and didn’t bother me when I was skiing and working ski patrol.

Battery life
That said the battery life on that high setting was not outstanding. I could get the batteries to last through the day only if I started by turning the gloves on high, then turning them down to a lower setting or off, determined by my activity level. Even without the electric-heating system, these are pretty warm gloves, but in harsh conditions sedentary users like motorcycle riders will want to keep the extent of battery life in mind.

The performance time and time needed for charging tested very close to Columbia’s claims. Fully discharged batteries took about three hours to recharge and the batteries lasted about two hours on the high setting, three hours on medium, and four hours on low.

I found that the battery life could be extended around 10% by selecting the “Stealth Mode” that shuts off the (dorky) LED light while the batteries continue to operate, as described in the directions.

Value: Is it worth it?
Let’s face it—these gloves are double the cost of the highest-performance gloves on the market—and those other gloves come with better dexterity and more backcountry versatility. These are insanely expensive wintersports gloves.

For years, the tried and true method of keeping your hands warm has been much cheaper—just shove a disposable heat packet in your gloves. The cost of the Bugaglove Max would cover a lot more than a season’s worth of those throwaway heat packets.

But the Bugaglove Max provides heat that is much more even across the hands, and at controllable levels. Heat packs are easier to replace when they get worn out, but freshly charged batteries last longer and don’t fade – at least until they run completely out.  I found the convenience and comfort of the Bugaglove Max to be far superior to heat packs stuffed in regular gloves.

Waterproofing: good
Columbia’s Outdry membrane technology, laminated directly to the outer layer, managed moisture very well. My hands stayed dry (at least when I managed to keep the gloves at a heat setting that didn’t make me sweat profusely).

Dunk test
I noted that the instructions stated that the gloves should not be submerged in water, but in the interest of testing the waterproofness and circuitry, I did it anyway, plunging my gloved hands into a bucket of water for 10 minutes. The gloves were waterproof, with one exception – when I submerged the gloves all the way to the hem of the gauntlet, I found a leaky spot in the same place on the gauntlet of both gloves. Interestingly, the leak seemed to be where the OutDry tag was sewn into a seam. Almost as interesting, the battery compartments leaked only slightly and the circuitry wasn’t affected. Since these gloves are designed for use in frigid temperatures, I wouldn’t expect those leaky spots to pose much of a problem during actual use.

Nice design detail: There was a nice closure on the gauntlet that released by pulling, eliminating having to squeeze a cord lock to release the closure.

Shell Durability
The shell – other than the battery holder and a narrow stretch panel around the wrist – was goatskin with a cowhide patch reinforcing the high-wear areas.

I really liked the goatskin leather on the shells. It was very durable and gave good grip on snowy and icy surfaces. There were no problems with the stitching during the test, other than the leak noted above.

The elastic gathering at the wrist was placed a bit too close to the hand – it would be more comfortable farther down on the wrist. The metallic Omni-Heat lining was surprisingly comfortable and cozy on my hand. The lining fit well and didn’t bind up unmanageably when I was putting the gloves on and taking them off over wet hands.