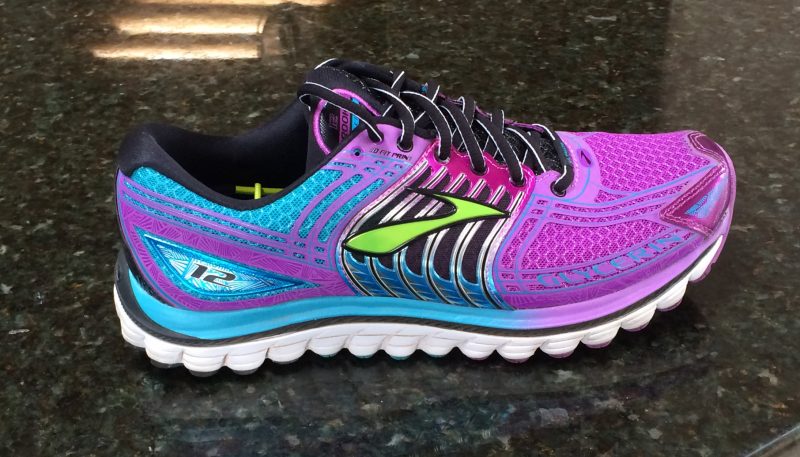 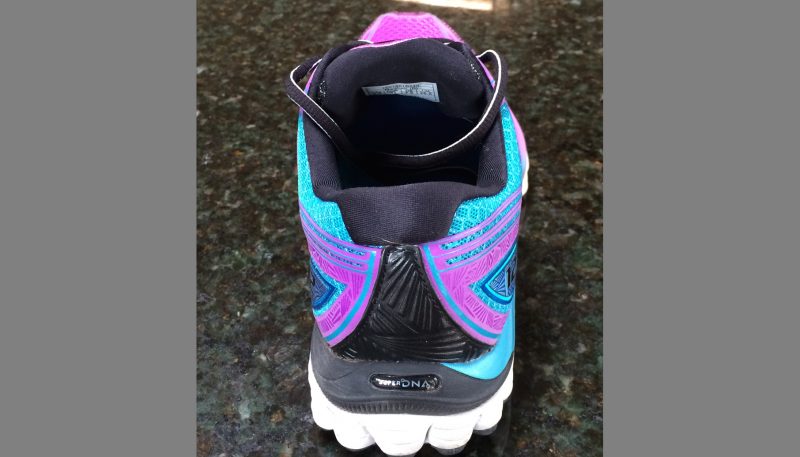 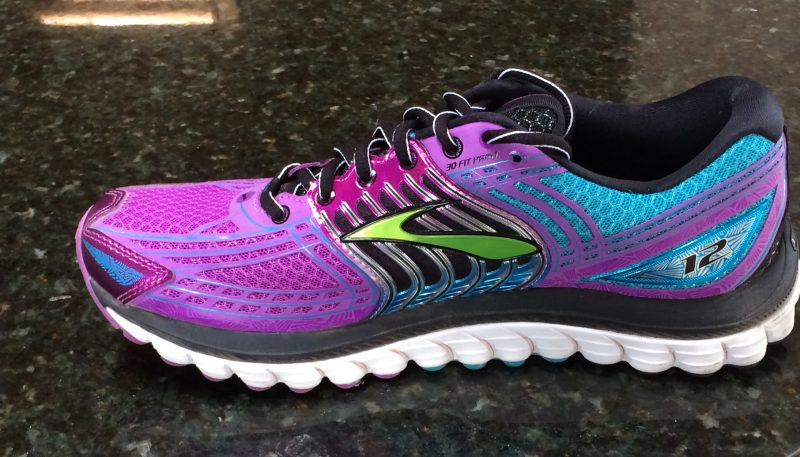 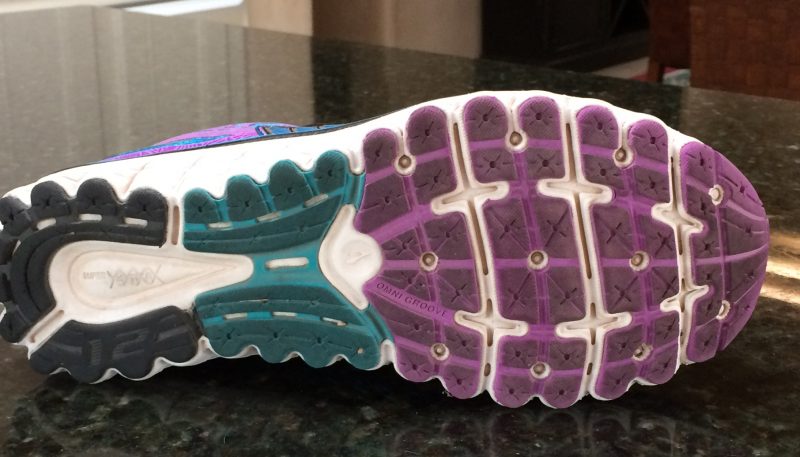 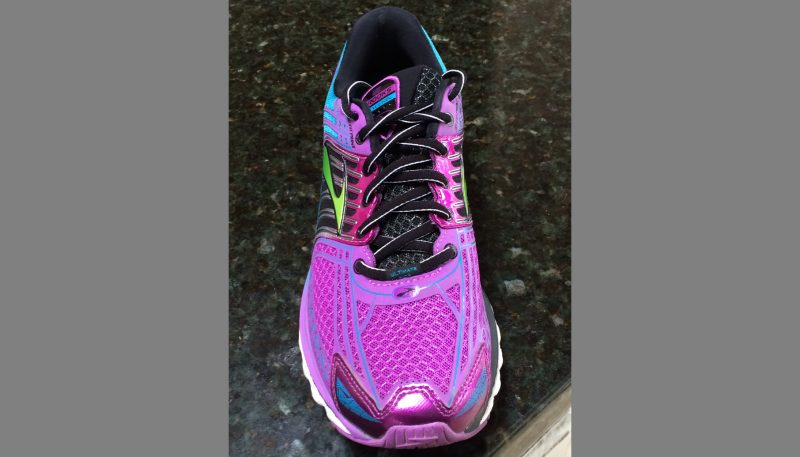 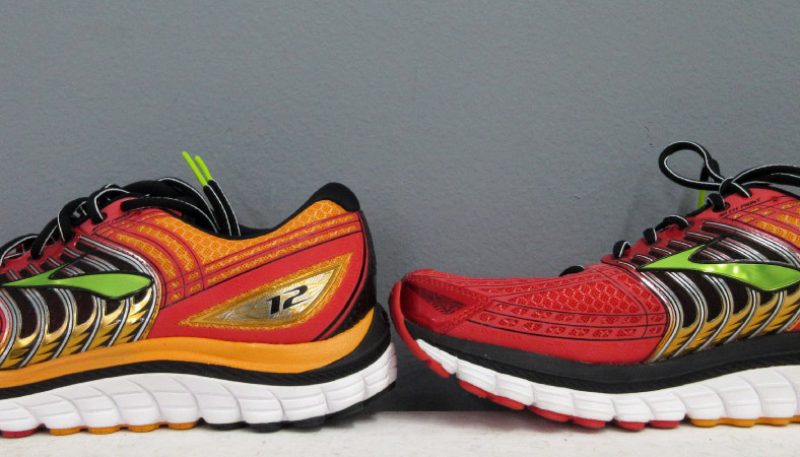 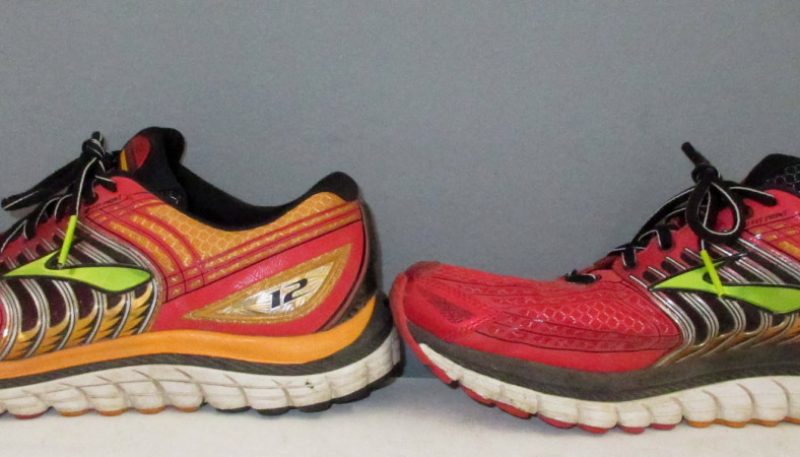 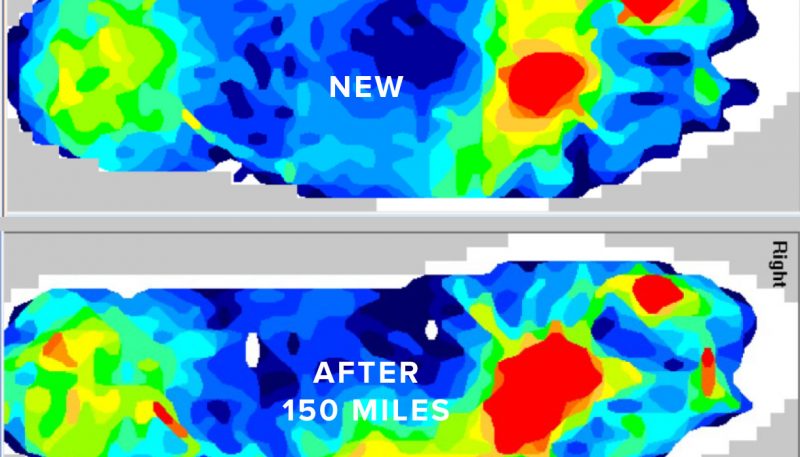 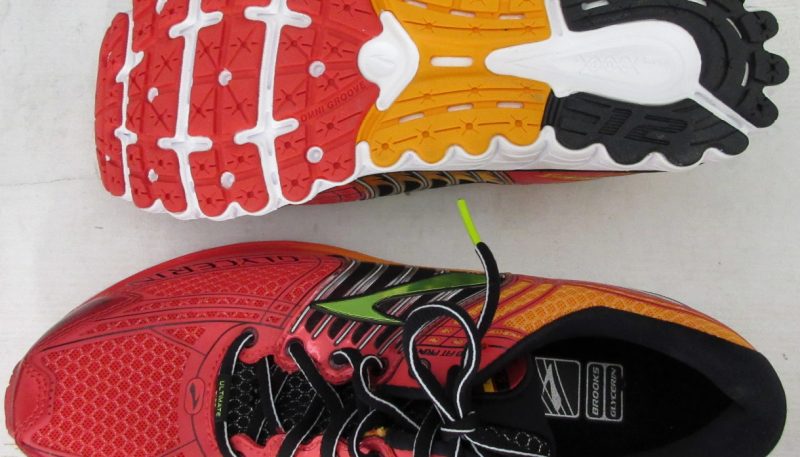 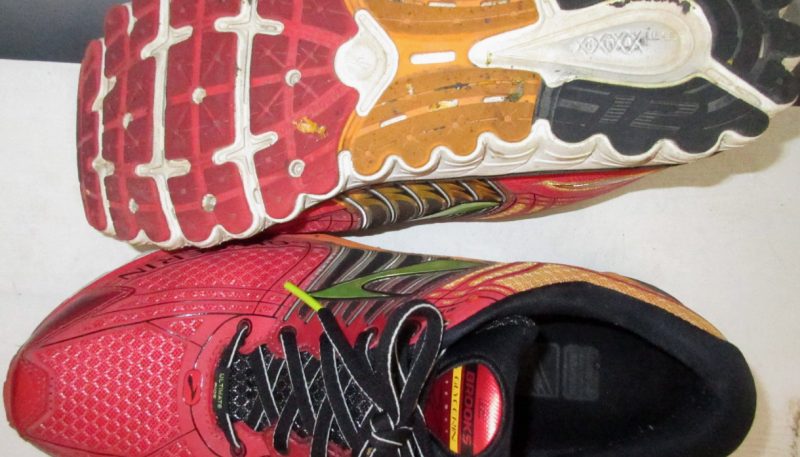 The Brooks Glycerin 12 is a dependable, high-mileage trainer—best for runners who want some feedback from the road, struggle with chronic knee or IT issues, and who crave accommodation more than achieving optimal running form. It’s a thickly cushioned, stable cruiser that falls near the heavier end of the cushioning shoe spectrum, and thus lacks zip and pop of lighter, leaner trainers.

The Brooks Glycerin has traditionally been the cushioning-on-steroids cousin to the Ghost, a la Vomero to the Pegasus and Cortana to the Kinvara. However, this newest iteration of the Glycerin looks decidedly like the neutral cousin to the Brooks Transcend—with a similarly thick swath of foam underneath, but without the “guide rails” of the more motion control oriented Transcend.

I would recommend this shoe for heavy-footed plodders who aren’t focused on speedy performance, or proprioception, but on getting the run done with as much comfort and as little feedback from the ground as possible.

Comfort
The Brooks Glycerin 12 is a comfy shoe, no doubt—there’s lots of padding around the collar of the shoe and the tongue and the saddle around the mid-foot helps with a snug, yet plush fit.

Responsiveness
There are a couple of ways to think about responsiveness.  One way focuses on how much “bounce” provided when the shoe meets the ground and in that regard, the Glycerin exhibited a fair amount. Another measure of responsiveness is the shoe’s ride, or its snappiness in relation to the ground. In this case, the Glycerin is lacking—the design baffled that snappiness. Think of it like Novocain for your feet.

Speed
The Glycerin 12 is not a quick shoe. Period. You’ll be cruising, no matter how hard you push the pace. But compared to other comfort trainers, it’s about average.

Quality of Materials
This is Brooks’ top-of-the-line shoe and it looks it. The smart-looking degradé color scheme and foil saddle makes this shoe a show-stopper in the cosmetics department.

Value
The hyper-cushioned version of all running shoes run $20-$40 more than their more modestly cushioned counterpart, so expect to pay a premium for the Glycerin. There is more carbon rubber on the Ghost’s outsole, so I don’t expect to get as many miles out of the Glycerin as I would from the Ghost.

Stability
The Glycerine 12 scored a 5 in our lab’s stability test, which is about average.

Durability
Overall, the Glycerine 12’s durability provide to be about average. As you can see from the pressure mapping, we saw a perceptible firming of the midsole as it collapsed over the course of 150 miles. The ramp angle collapsed from an 8.5mm drop under bodyweight to 6mm drop after those 150 miles, which is a touch more than what we saw in other shoes in the test. The outsole wear was better than average, though. 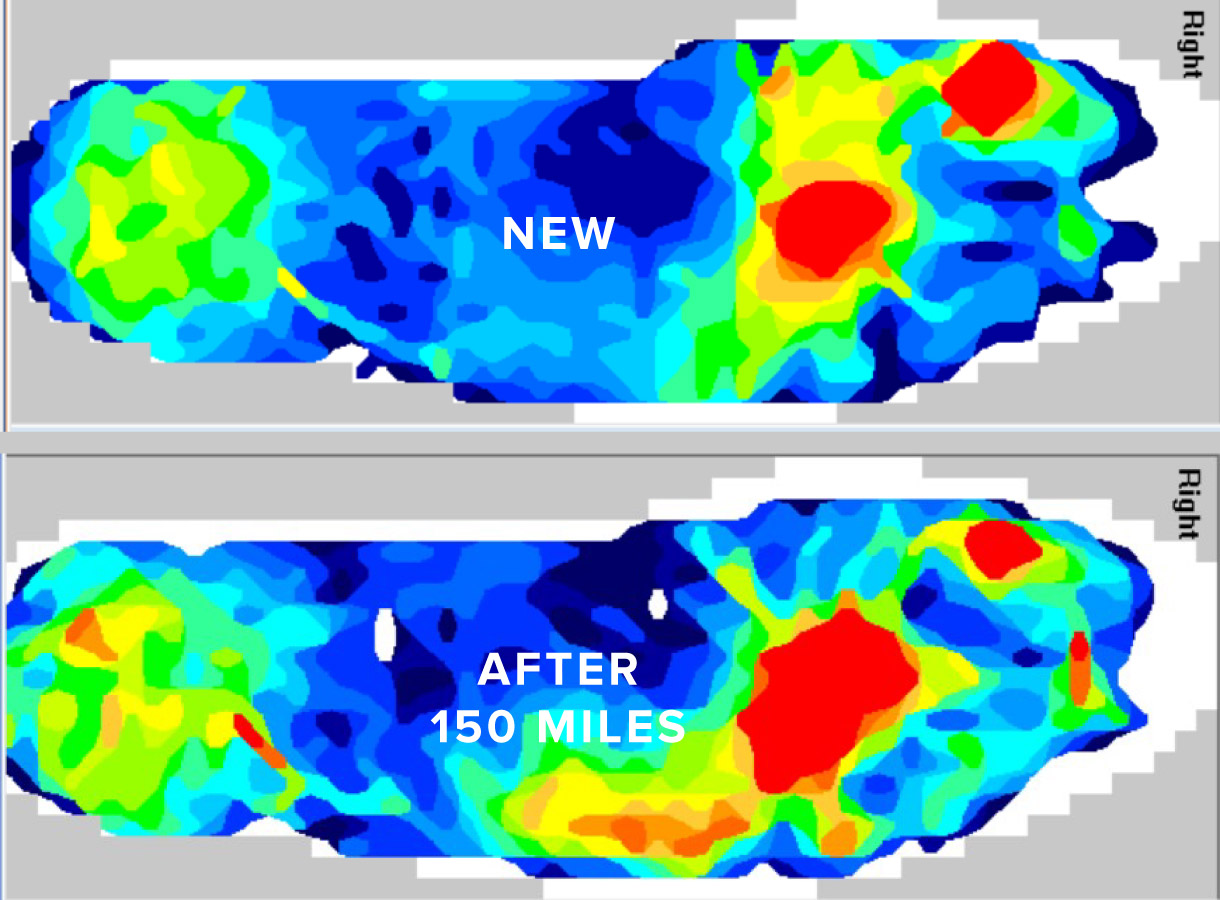 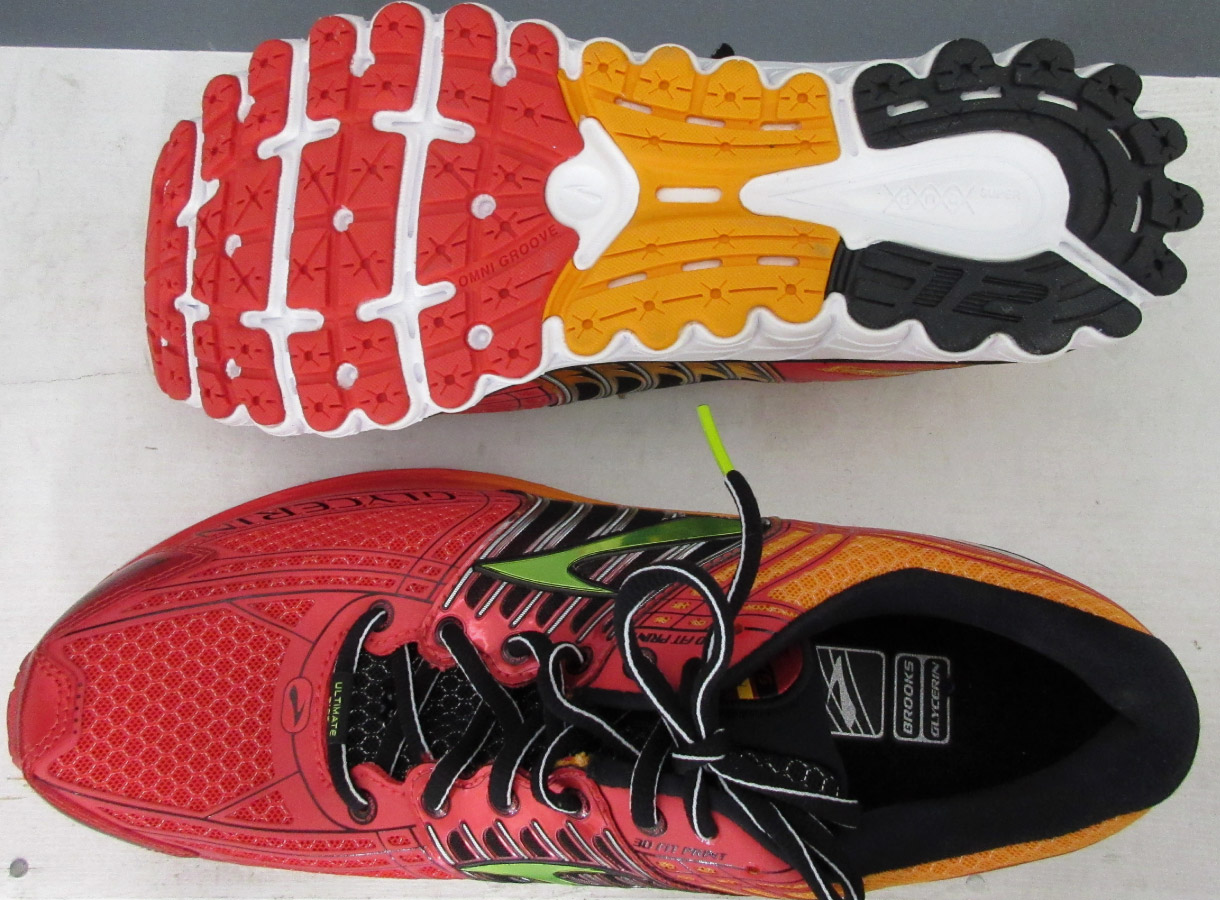 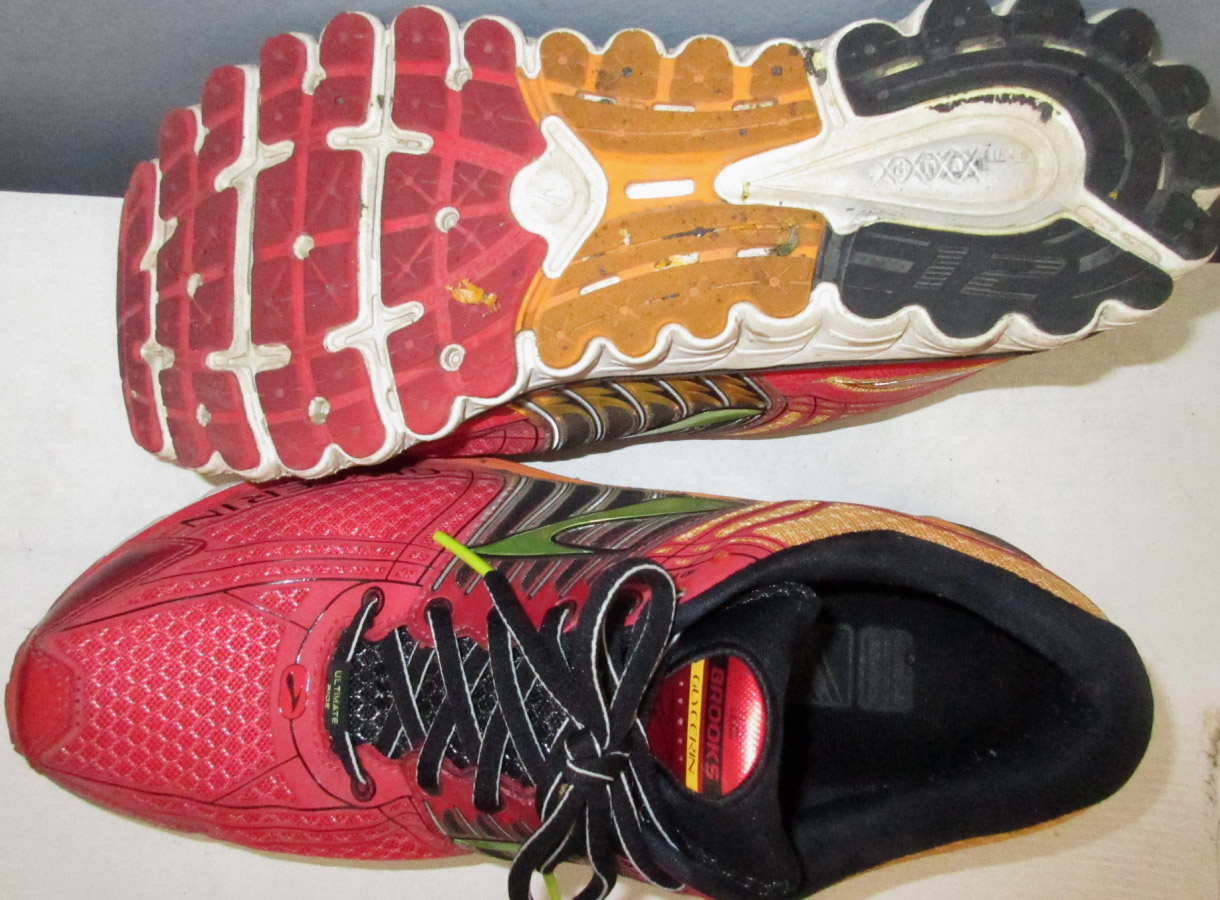