Your Next Camp Stove Could Be Powered By The Sun 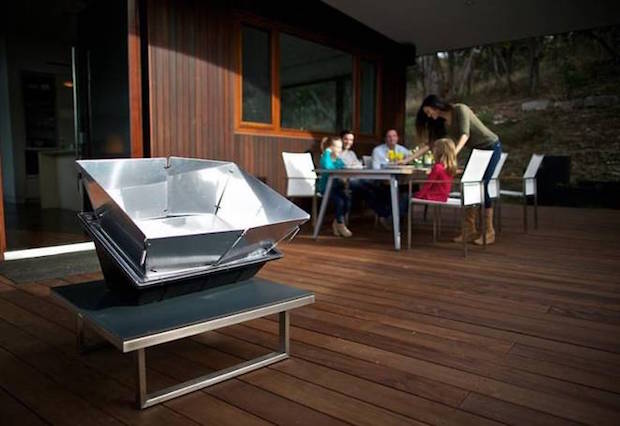 We are living in a wonderful time for those of us who fancy oursleves great camp chefs. Cooking tasty meals at your campsite has never been easier than it is today, with e a number of fast and efficient stoves available on the market. The options for the meals we make in the backcountry continue to improve as well, to the point that we can now make gourmet dishes just about anywhere. A company called Solavore has embraced this idea while offering an intriguing new option that does away with gas, wood, or other traditional fuel sources in favor of using the sun to cook instead. The results are surprisingly great, although some patience and planning is required.

The Solavore Sport solar oven is capable of capturing the suns rays – even on a semi-cloudy day – to generate heat that can range from 210ºF – 260ºF. On the warmest days with the most direct sun, Solavore says it could even hit as high as 300ºF. During my testing, it usually hovered around 220ºF however, which is still hot enough to boil water. This makes the Sport suitable for cooking most foods, albeit at a slower pace than your more traditional camp stoves. 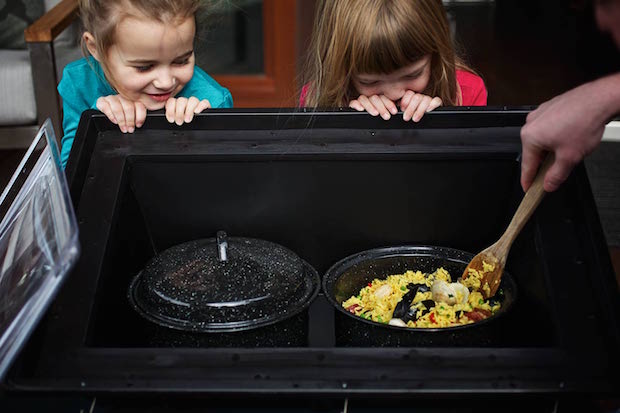 Solavore ships the Sport with two graniteware pots, which are designed to collect and retain heat as well, which in turn aids the cooking process. The oven also comes with a thermometer to help you to know exactly how much heat is being generated at any given time too. A handy users manual helps with initial set-up, but the entire thing is so easy to use, that you’ll probably refer to the manul more for the starter recipes found inside after you’ve used the stove a time or two. The company also posts even more delicious recipes on its website to give Sport users an idea of what can be made using the product. Those dishes are quite diverse, ranging from baking your own bread to making pastas, soups, enchiladas, and much more.

Having used the solar oven on a couple of occasions, I can say that it does indeed work as advertised. The only caveat is that you have to plan your meals bit further in advance, as it literally takes hours for the food to cook thoroughly. If you take that into consideration however, you can prepare a meal, place it in the oven at your campsite, and spend the day hiking, climbing, or biking, only to return later to find a fully cooked meal already waiting for you. If you want to eat immediately, and you haven’t already started the process, you’ll need to use a faster method of cooking. 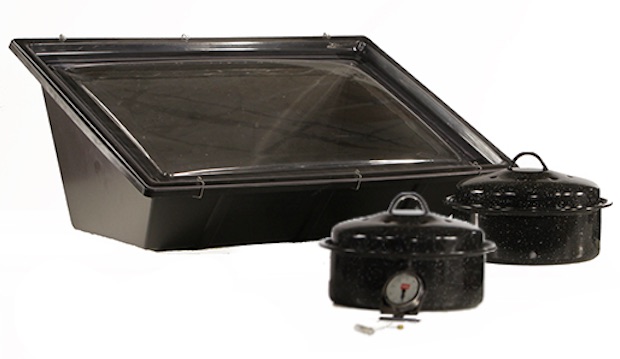 The Sport weighs 9 pounds, which puts it about on par with numerous other camp stoves on the market. But, it is also a bit on the large size, with a footprint of 9 1/4″ by 17 1/2″. That makes it a bit difficult to lug into a backcountry campsite, but it is perfectly fine for car camping or making a meal in your own backyard. Add in the fact that it doesn’t use any kind of fuel source other than the sun, and the oven should hold quite an appeal for a lot of people.

The Solavore Sport solar oven sells for $229. For $40 more you can also add an optional reflector panel, which improves efficiency without adding a lot of weight or bulk.

Find out more at Solavore.com.