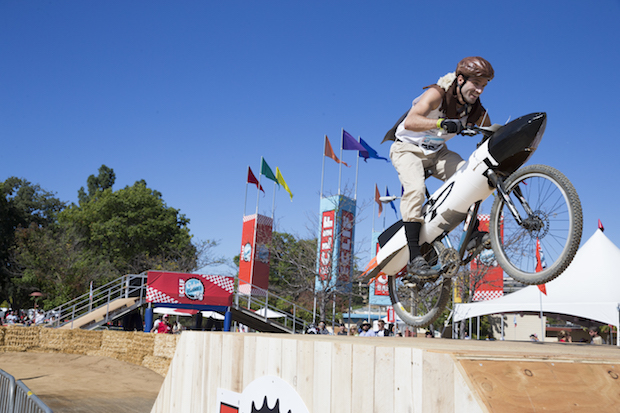 The CykelScramble was the brainchild of a team of Clif Bar employees, acting on a decade-plus old dream of their founder to create a new cycling event celebrating three of his favorite things… plus beer! Clif estimates that 7,000 folks attended, of those 240 were racers and the rest were spectators. They enjoyed a full day of racing, a wide variety of food and drinks, kids’ attractions, and a concert by alt-rockers Cold War Kids.

Best of all, the entire event was … wait for it… free! Racers got a free entry, plus a free café area and even beer. Spectators also got in free, but had to pay for only the food and beverages. 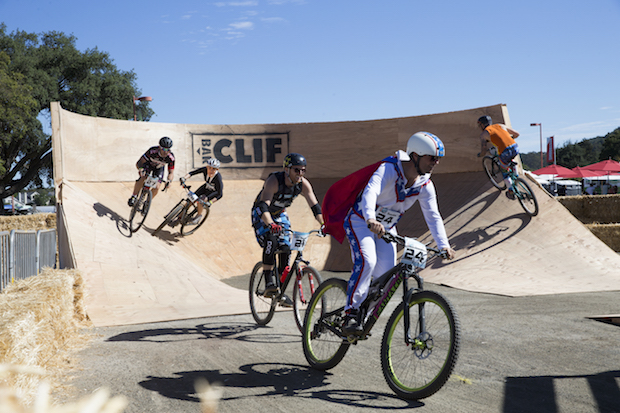 “Clif® Bar CykelScramble™ was inspired by company founder Gary Erickson’s love of cycling, music and food,” says Jeff Johnson, Senior Director of Brand Experience. “Born on a bike, we are a company made up of foodies and athletes, and we are proud that our very first event was able to so accurately represent our unique heritage. We are thrilled with this year’s result, and look forward to sharing this unique Clif Bar experience with even more people in the future.”

While the event certainly was more than just another bike race, the race itself was front and center – and deservedly so. Teams of four, broken up into three divisions, Coasters, Toasters and Roasters (in ascending order of experience and/or craziness) raced 8-12 laps around the half-mile, obstacle-strewn course. The obstacles were hard enough: There were hanging sand bags to dodge, multiple table-top and A-frame walls to clear, a pump track to navigate, two 180-degree ramped walls to circle (one of which stole a bunch of my skin!), and various others.

On top of that, teams had to share one bike for the entire time, a tribute to the Indianapolis Little 500, made famous in the iconic cycling movie Breaking Away. And of course teams were encouraged to wear costumes: I saw bears, wolves, pirates, bees, pigeons, and guys in only leopard tighties… As hard as I try, that simply CAN’T be unseen! 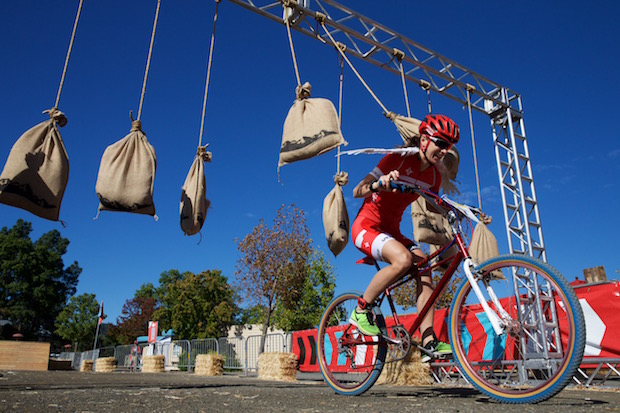 Did I mention the bikes? Teams raced anything from traditional ‘cross bikes to full-suspension mountain bikes. But the more creative rocked retro-fitted and often costumed townies and clunkers, like our 30-plus pound steel classic with super wide handlebars and a hard plastic BMX saddle with bent post. One team even managed to keep the cardboard rocket attached to its frame from front to back – replete with paper flames – the entire day.

The racing, however, was totally legit. Like really really hard! I said it was my most fun 15-minutes on a bike – it was also amongst the hardest. After one lap my heart was slamming out of my chest. After two straight I almost collapsed. And that’s not just me. There were at least two world famous pros riding, multi-time champions and MTB stars Lea Davison and Todd Wells, all of whom reported the same combination of elation and exhaustion.

Davison, one of our Press Pigeon teammates (yes we totally sandbagged!) gasped to me after a ridiculous three-straight laps that it felt just like she was racing in the World Cup. And if her prolonged celebration after we won our division was any indication, we can also assume it was just about as satisfying! 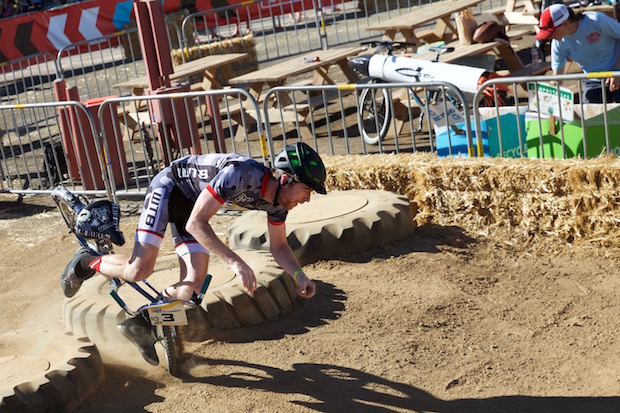 Todd Wells, Team Clif Bar Athlete, and member of the top-category-winning Jailbaiters team, echoed that sentiment, and added, “CykelScramble was a blast! It reminded me of a modern day version of “Hell Track” from the movie Rad. It was built perfectly, so the pros could have fun on the jumps, and the amateurs could also make it through with a smile on their face. I wish we had more events like it.”

As of now there are no definite plans to repeat this event elsewhere, but there are definitely aspirations to that end, as Johnson says above. The many conversations I had with others in the company confirm at least a desire to make that happen. This cycling fan sincerely hopes they succeed!

(All photos courtesy of Sol Neelman) 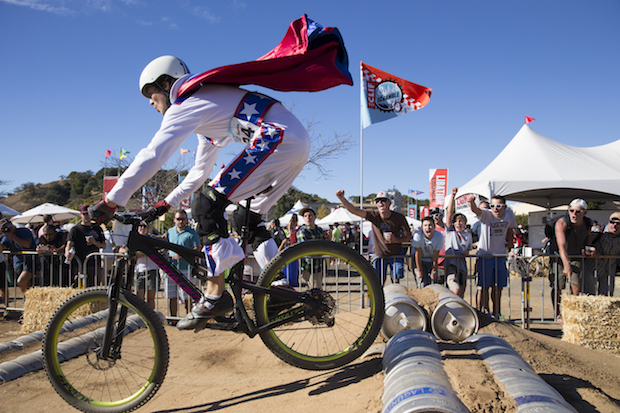