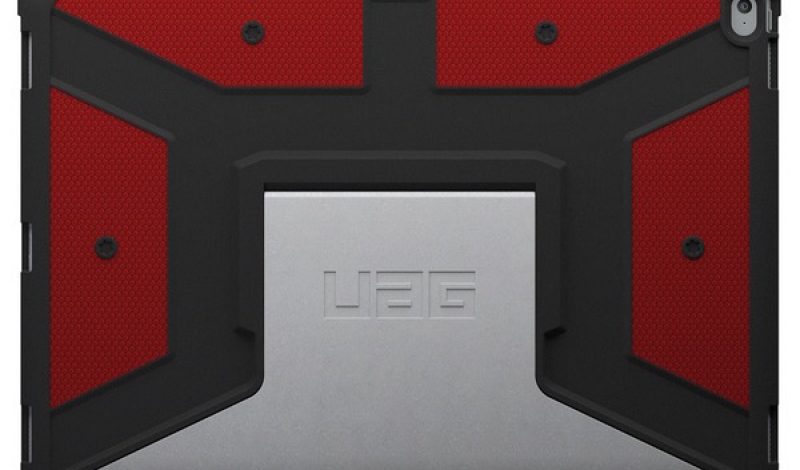 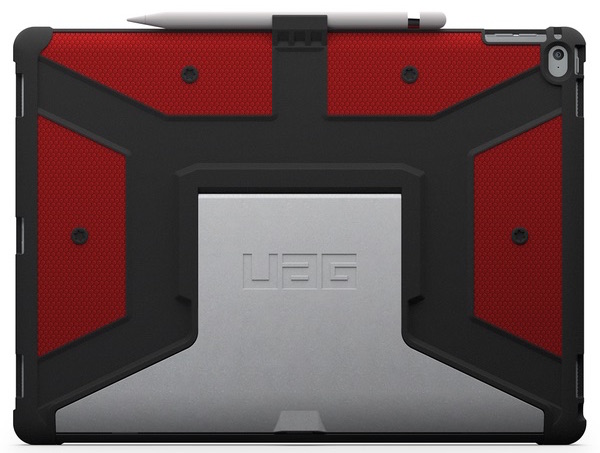 When Apple released the iPad Pro a few months back, it was hailed as a potential breakthrough in portable productivity. With its blazingly fast processor, larger 12.9″ screen, smart keyboard, and amazing stylus, many have claimed that it is a tablet that can actually replace you laptop. The jury is still out on that point, but it is clear that the lines are now being blurred between traditional notebook computers and a new generation of mobile devices that are more powerful than ever.

But just like previous iterations of the iPad – not to mention most other tablets on the market – the iPad Pro is a fragile piece of technology. Carrying that device with you when you travel, or wander into the backcountry, could be hazardous to the health of the device. That is unless you wrap it up in some form of protective case that has been specifically designed to keep it safe in potentially difficult environments. 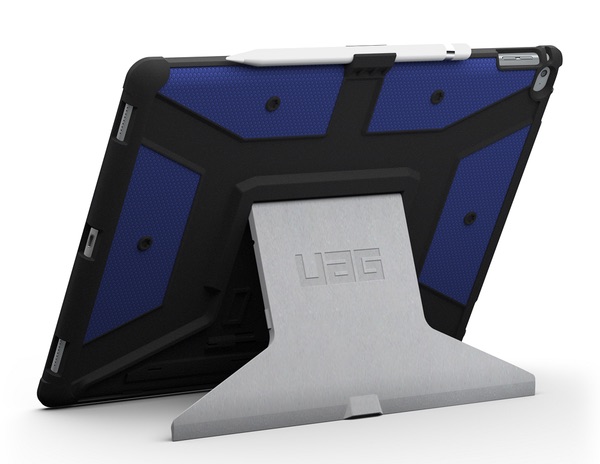 Urban Armor Gear, a company that specializes in making protective cases for mobile devices, has released a new case that has been specifically designed and built for the iPad Pro. Big enough to accommodate Apple’s largest tablet ever, the case includes some special features that make it a great choice for iPad Pro owners. For instance, the protective shell features a rugged exterior with a non-slip grip, something that can be very useful on a device that is as thin and sleek as an iPad. The four corners are also wrapped in impact resistant bumpers as well, adding extra protection should the tablet be accidentally dropped.

But that’s not all. UAG’s iPad Pro case also has a built-in aluminum kickstand – complete with 5 angular positions – that can prop up the tablet when placed on a flat surface. It is also fully compatible with Apple’s Smart Keyboard and even includes a place to store an Apple Pencil too. It is available in three different colors, meets military drop test standards (MIL STD 810G-516.6), and has been built in such a way as to not block any of the iPad Pro’s four speakers, camera, ports, or spacious screen. 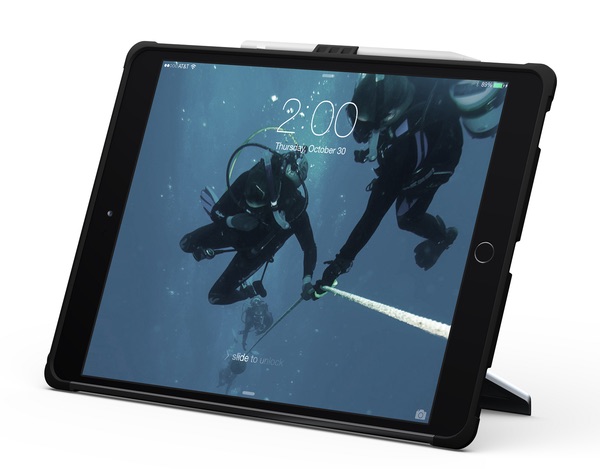 If you’re an iPad Pro owner and you’re looking for a way to keep your device safe from rigors of travel, than this just bight be the case you’ve been looking for. It is available now for $79.95 and you can learn more more at UrbanArmor.com.