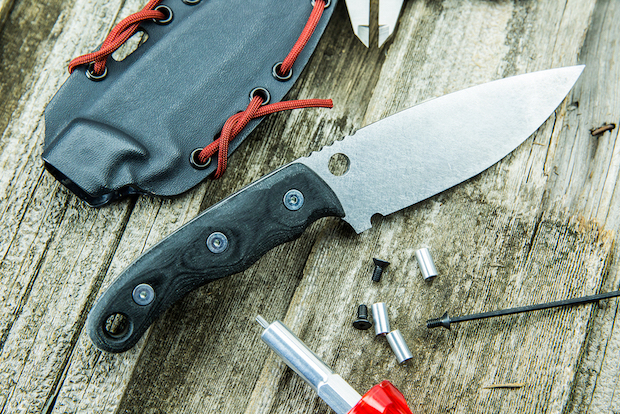 What does a gear reviewer do when a knife maker comes out with an upgraded version of a knife that you tested the snot out of and it gave it a perfect 100 score? First you start to question your original test, but once you realize that you still agree with that score, you get on the horn with the knife maker and dig into what makes an already perfect knife even better.

Such is the case when dealing with the newly launched Vulture Equipment Works Cholera MK2. I originally tested the Cholera MK1 on a hot and humid day in the summer of 2014. It was the first knife that I had tested for Gear Institute that bridged the gap between production and custom knives. The heightened level of detail and craftsmanship in the MK1 instantly separated it from a production knife, but there were key indicators – like the perfectly formed handle scales, and molded sheath – that clued you into the fact that it wasn’t a one-off custom knife.

Over the course of a few days, I buried, beat, and bereted the Cholera and when I was done, I had a knife that still looked and performed like it was factory fresh. I was so impressed that I contacted Vulture’s prime mover, William Egbert and shared my shock and enthusiasm with him. He has since gone Rambo on the knife and shot it at close range with a .45 ACP round, so – yeah I think you get the picture here: the Cholera MK1 is a power house.

So why the hell did Vulture improve on it? Better yet – how did they?

For starters, the handles of the MK2 can be easily removed so that it can be completely replaced or upgraded. The pommel also features a series of jimping that provides an additional surface with improved grip for digging, piercing and such. I’ve yet to see it, but Vulture claims that the already significant edge grind has been improved for longevity and ease of sharpening, and the sheath has seen a major upgrade as well. 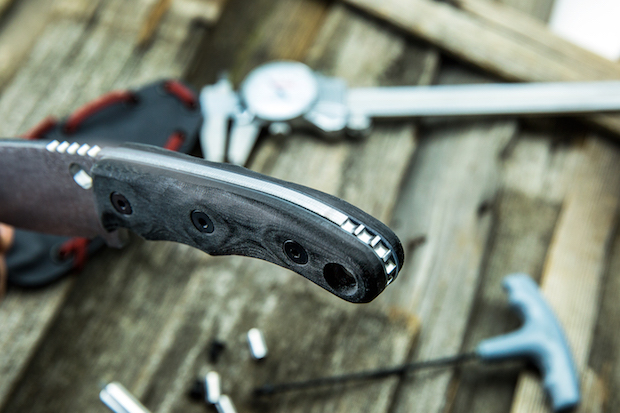 The big news is all in the steel however. For the MK2, Vulture replaced the cerakoted 1095 steel with sandblasted 440C stainless steel. Without that cerakote, the 1095 would have eventually rusted into old age – but with 440C, you have a better corrosion resistance without the need of a specialty coating. The sandblasting improves the abrasion resistance, and give it a little extra layer from corrosion as well. This upgrade, essentially, has taken away one feature that may have worn away from extended use – the cerakote – and prolonged the life of the MK2, even though the cerakote on the MK1 would probably outlive the cockroaches. I should also note that some folks will go as far as to claim 440C holds a better edge than 1095, but I have yet to see that theory proven to be true.

So, to answer my own question – Vulture has upgraded the steel and added both improved form and function features with the MK2 and the MK2 sheath. That to me is a strong move in an industry where everyone is looking to retire a style and move on to something new and flashy. But does that go as far as to make me rethink my original score of 100 for the MK1? No. Not at all. That knife earned every point – and I can assume this one would as well – but time will tell. I’d like to get my hands on one of these and really put it to the test.

Currently in preorder for $149, the first 100 Vulture Equipment Works Cholera MK2’s sold will received a free gift and will be serial numbered as well. The knife is expected to begin shipping in March.