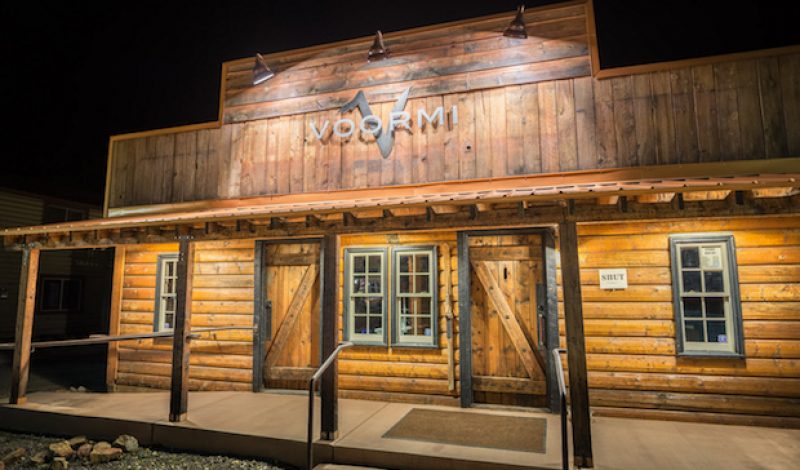 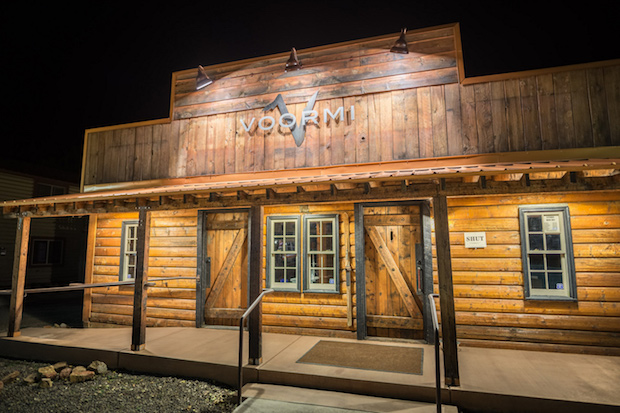 Already recognized by everyone from this website, to Outside magazine, Men’s Journal, Bloomberg’s and the Wall Street Journal, by now outdoor enthusiasts have probably heard of the brand Voormi, and its focus on small-batch domestic manufacturing and wool fabric innovations.

The Pagosa Springs, Colorado-based apparel company is not only expanding its North American cut-and-sew commitment, but is bucking the traditional thought process that as a brand grows it must move away from its small town roots too.

Made in the USA

Voormi is committed to 100-percent U.S. raw to finished fiber production. The company uses high-altitude Rocky Mountain Merino wool, as well as U.S. textile and finished goods production – including wool superwashing – that meets strict U.S. environmental standards with minimal chlorine. (Superwashing is the only way currently employed to get wool soft enough for next-to-skin use and to make it machine-washable.)

It may be a tiny brand, but the changes that Voormi is introducing through its sourcing and production are huge, to say nothing of the actual products themselves. 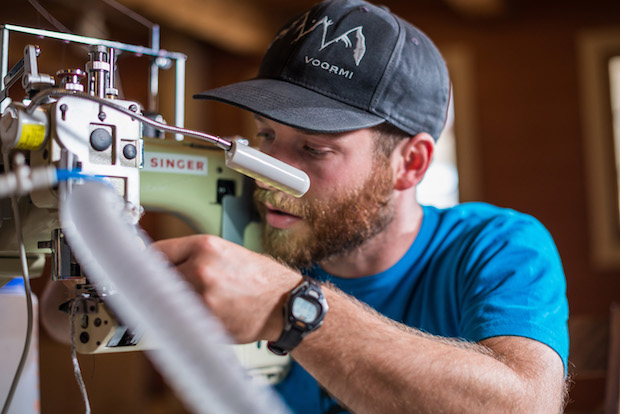 A New Concept in Production

But now, Voormi is doing something even more, um, elevated, with its new Elevation Works innovation lab in Pagosa Springs – a scalable micro-factory capable of employing actual ski bums in mountain towns around the country.

“The big idea that we are chasing is that you can have 10, 10-person factories, staffed with local sewers. And we’ve now completed a studio in downtown Pagosa to be the proof of concept behind that vision,” said Voormi’s Chief Marketing Officer Timm Smith.

“There are two dimensions of being a company. There’s the ‘what you make and how you make it;’ and there’s the ‘who you’re gonna be and why you’re doing it’ – the spirit of what’s behind what you do,” said Smith. “We’re saying, if you work in a mountain community, it doesn’t mean you’re in the service industry.”

“We’re investing locally at every horizon. And these are strategic investments, not just feel good investments,” Smith said. “The idea of a faster, tech-industry paced innovation for the apparel community is at the core of our culture, and this is an enabler for us to get better at that space.” 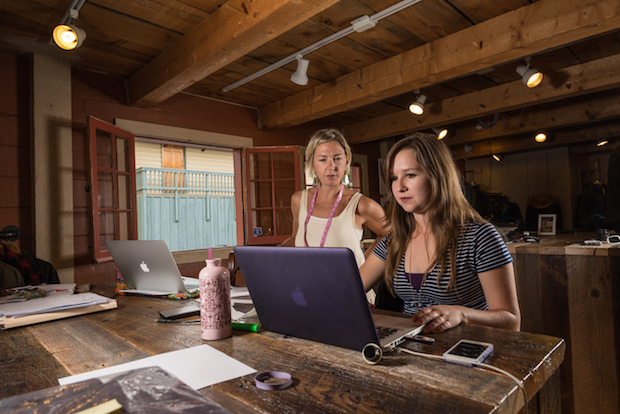 Smith says they are now able to dream up a concept over beers on Monday and have something ready to look at by Tuesday afternoon. Not only are they employing locals they find everywhere from 4H Clubs to costume designers, they’re creating a strategic advantage based on being nimble, while still staying true to their roots. With digital pattern making, centralized design development, regionalized fabric making and cutting, and local sewing, Voormi is reinventing the distributing-manufacturing model.

“It’s not that dissimilar to any local brewery you have in your town, where some footprint dedicated to making stuff, some to selling stuff,” explained Smith. “So basically now you’ve got a mini-working studio that could be replicated in any mountain town or city.”

The concept also plays off important Voormi partners such as the Whole Works in Rifle, Colorado, where they’re taking women off federal assistance and teaching them to sew. 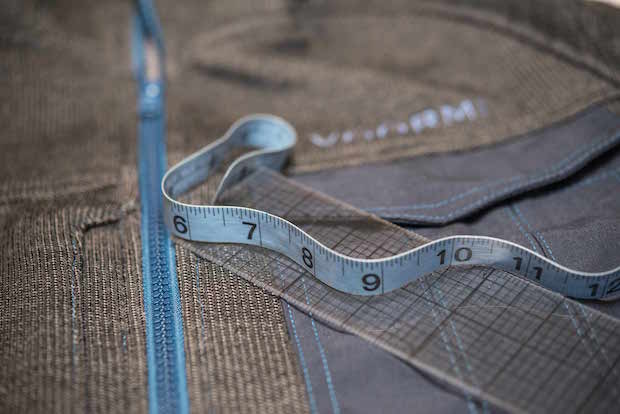 They plan to leverage this network of small factories with five or six sewing machines each to do experimental projects, featuring “real time, super fast to market innovations.”

“If they work, we get them into the in-line collection, if they don’t work, we move on to the next project,” said Smith. The company recently took a step toward meeting the needs of not just skiers and climbers, but woodsmen, hunters and bird watchers, creating a completely unique and effective concealment pattern from its existing fabric technologies. And with Elevation Works, other projects are soon to follow: bike wear, fly fishing apparel, and casual wear are just a few of the ideas floating around.

It’s new Eleven.9 collection brings their high-altitude technology “down below tree line.” Smith said they tasked designer Jordan Seme to take Voormi’s technical fabrics and apply them to the concept of what it’s like to live in a small mountain town. 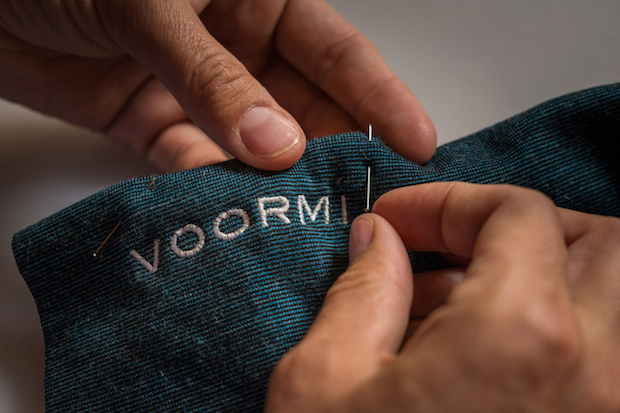 The collection launches in early summer. “Why give up the performance benefits of technical fabrics when you come back down below treeline? This is clothing for everyday life in a small mountain town,” Smith said. “My hope is that one day we have an Eleven.9 collection inside the Voormi collection, incubated from the Elevation Works studio; and that they then go on to work on the next thing…cycling apparel, hunting, fly fishing. It allows us to rapidly innovate and to rethink the way the industry goes about doing new things.”

He said taking the collection to market is going to be unique in itself, taking a path that is able to garner real time feedback and potentially leveraging the brand’s existing consumer database: “folks who are keen to try new and experimental things.”

“Eleven.9 is the collection born out of necessity,” Smith said. “We wanted to bring our clothing to work every day, to wear our clothing at tradeshows, so we started making one piece at a time. It was a real collaborative effort on the part of our team.” 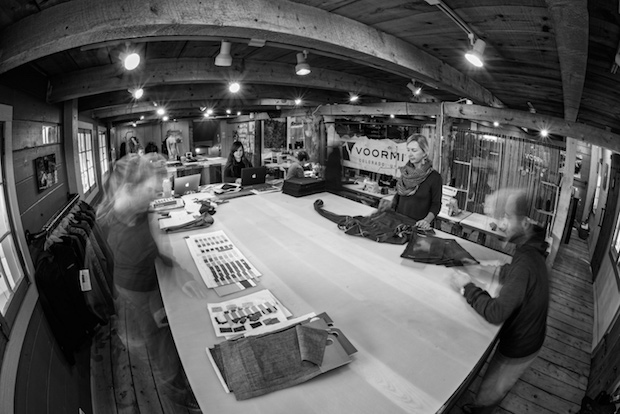 So while Voormi may never be an outerwear market leader in sales volume, and that’s certainly not their goal, they can be an innovation leader. “We can’t fund the expedition to Annapurna, but we can do this,” Smith said, emphasizing that everything will remain domestically made, scaling into its broader U.S. network of manufacturing, drawing a box around the United States.

Currently Voormi has about five incubation labs on the ground in various locations. It’s localized designers aren’t just sitting in front of the computer working on Illustrator or CAD programs all day – they’re actually sewing and making things. And adjacent to them in the company’s showroom in Pagosa Springs, they’re getting real time feedback from customers.

“We’re a backcountry focused brand with the center of the bullseye starting in winter, and working its way out to summer,” Smith concluded. “We’ve got our own designers and our own pattern makers, and this concept of 10, 10-person families is coming to life.”