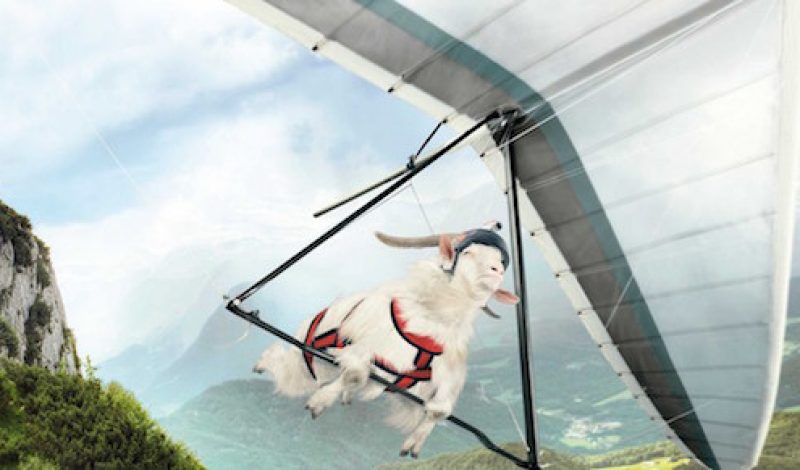 Meet Baaadass Bill, the rock-climbing, BASE-jumping, wingsuit-flying, alpine-skiing goat that is the star of TomTom’s ad campaign for their new Bandit action camera. It seems our intrepid hero leads quite the adventurous life, although up until now he hasn’t been able to share it with anyone else. But thanks to the Bandit, Bill can not only film his extreme sports escapades, he can edit them too. At least that’s the message that TomTom is trying to convey.

TomTom announced their entry into the action cam market back in May when the Bandit was revealed for the first time. While it includes all of the usual features that you would expect from such a device (4k video, Wi-Fi and Bluetooth connectivity, a rugged body, etc.), one of its main selling points is that it also includes an onboard media server that makes editing the video footage from a smartphone or tablet a breeze. In fact, as you’ll see in the video below, it is so easy that even a goat can do it.

It remains to be seen if the Bandit can make a splash in the action cam market, which is currently dominated by GoPro But Bill certainly leaves an impression, and I imagine if this campaign is a success for TomTom, we’ll see more of his adventures in the future. For now though, we’ll just have to settle for seeing him leading a lifestyle that most of us can only dream of, including picking up women in the sauna.