A sampling:
From author Joe Carroll, “Stay away from [cooking food over campfires made of] anything with a high sap content, like pine, cedar and other coniferous trees, which will impact an unpleasant flavor”; from speed climber Ueli Steck, “Putting [a warm bottle] in my sleeping bag makes it warm and comfortable. In the morning you already have water and you can immediately brew a coffee with it!”; from REI Survival School instructor Demyan Hryciw, an innovative way to pack toothpaste for an overnight hike. 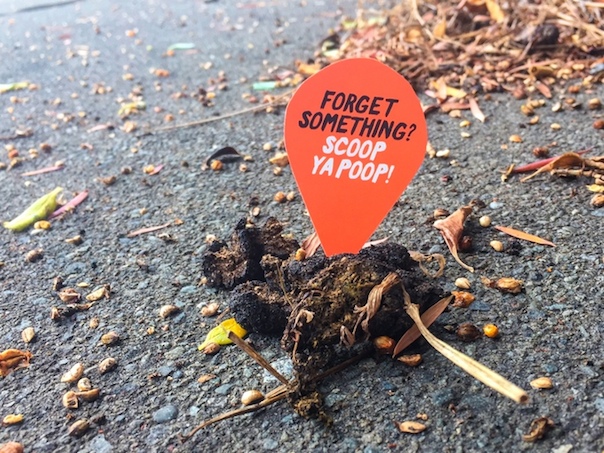 Poopins: Making the World Less Crap
In amusing Kickstarter projects this week, check out the idea these New Zealanders have for shaming dog owners into cleaning up after their pooches. Made of biodegradable materials, Poopins are designed to be stuck into any stray piles of dog poo gracing your local beach or trails. They bear messages like “S#!T Happens! But Please Not Here” or “C’Mon People, This Is Crap!”

“Poopins are smaller then a credit card and fit snugly in your pocket, wallet or purse so you can be ready when it turns to crap on your daily jog, walk or run,” proclaims the campaign, which has already garnered several thousand dollars in donations. “If you spot a poo on your trip, be sure to tag with a poopin to let that pesky owner know it’s not OK and warn other joggers.” 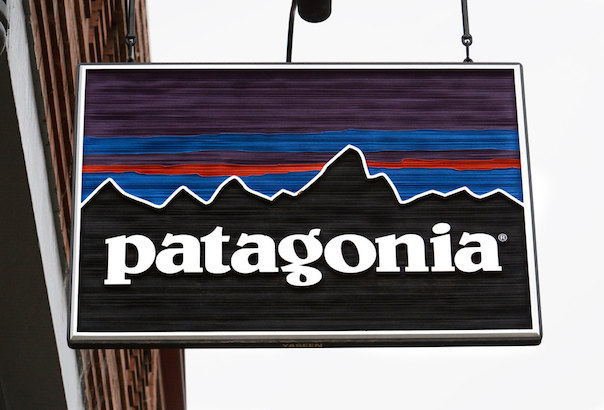 The Patagonia Paradox
On Black Friday in 2011, Patagonia debuted a full-page advertisement in the New York Times that read, “Don’t Buy This Jacket,” enumerating the environmental costs of manufacturing the company’s top-selling jacket—a nod to Patagonia’s ever increasing anti-materialistic stance. How does a gear company balance that “tread-lightly-on-the-environment” philosophy with its annual growth and ultimately, its dependence on profit from material goods?

The New Yorker has the answer for you, in a well-written analysis of the company’s history, philosophies and rationalizations for what may appear at first glance to be hypocrisies. 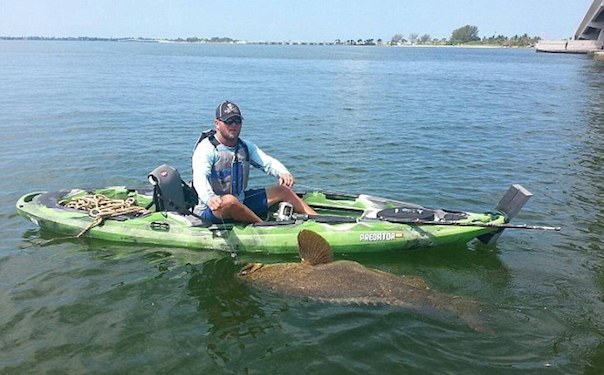 Fisherman Snags Record Kayak Catch?
Jon Black, owner of the Crazy Lure Tackle Shop in Cape Coral, Florida, purportedly caught a 552-pound grouper from … wait for it … his kayak! While fishing off Sanibel, Florida, Black hooked the 83-inch long Goliath grouper, which promptly snapped his rod in half—and is believed to be the largest ever bottom fish caught from a kayak.

After wrestling it onto the shore with the help of a friend, Black released the grouper as required by law, since the species is protected.

Read on and check out the video here … 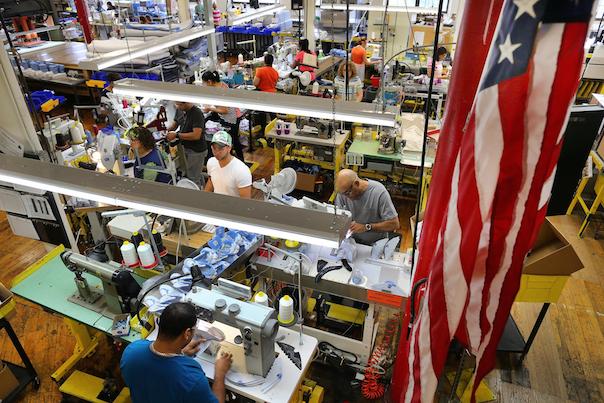 New Balance’s Fight to Preserve USA-Made Running Shoes
The Boston Globe took an in-depth look this week at the lobbying efforts of New Balance—the “only major athletic footwear business that still produces running shoes in the United States”—to resist a rapid dissolution of tariffs on sneakers made overseas. The article posits New Balance and Nike as opponents on the tariff issue—although, notably, it points out that New Balance still imports roughly 75 percent of its shoes from overseas factories.

Even President Obama has stepped in on the issue, recently visiting Nike to help sell the very bill that New Balance has lobbied against: “Obama, framed by a massive Nike logo, sought to emphasize how the country must confront a new set of global challenges and create standards for labor, the environment, and intellectual property before China determines those rules.”