This Smart Cycling Computer is a Video Camera Too 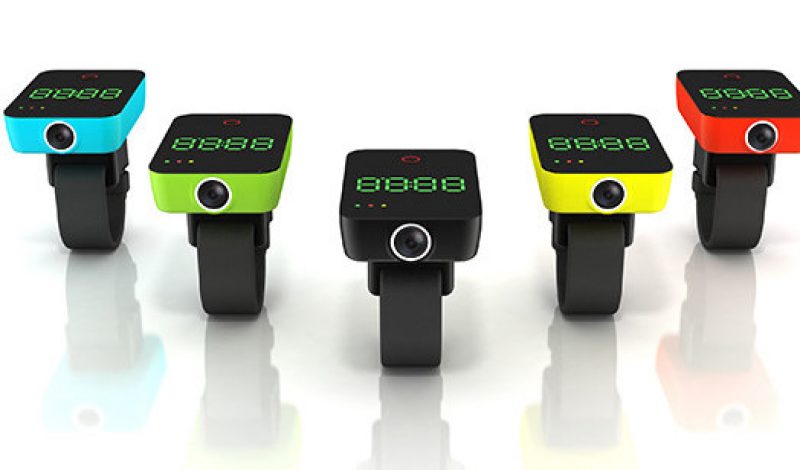 Just like most of the technology that we use in our daily lives, it seems that the once-humble bike computer continues to receive some serious upgrades in functionality too. Take for example the new Camile cycling computer that just launched on Indiegogo, which combines a number of key features – including an integrated action camera – in a small, lightweight, and attractive looking package.

As with most similar products, Camile attaches to the handlebars of your bike and provides some important information while you ride. As you would expect, it can track speed, distance, and time, which allows it to keep an accurate record of your rides. Beyond that however, the device also connects to your smartphone to enhance its functionality even further. For example, you can plot a course on a map using an iOS or Android app that has been specially designed for use with Camile, and the computer will provide cues to help you navigate your chosen path. It can even display incoming text messages and alerts on its screen while you ride, allowing you to stay in contact with friends and family while staying hands free at the same time. 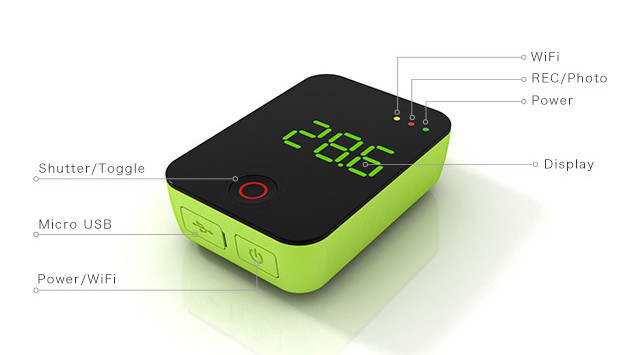 Of course, one of the biggest selling points for this particular cycling computer is its built-in video camera. Think of it as having a GoPro strapped to your bike at all times, recording key highlights of the ride and allowing you to capture some of the more interesting aspects of your chosen route. The video camera is capable of capturing video in 1080p resolutions at 30 fps, or 720p clilps at 60 fps. It also features electronic image stabilization, a lens that offers a 140º view of the surroundings, and the ability to shoot timelapse and still images too.

Camile comes with a 1350 mAh rechargeable battery, which allows it to continuously shoot video for up to 3 hours or function as a stand-alone bike computer for 16 hours. It can also store up to 8 hours of video footage on its 32GB of built-in storage, and when working in conjunction with your smartphone it offer simple editing of the clips, which can in turn be shared to social media or uploaded to YouTube. It also weighs less than 2 ounces and comes in five different colors as well. 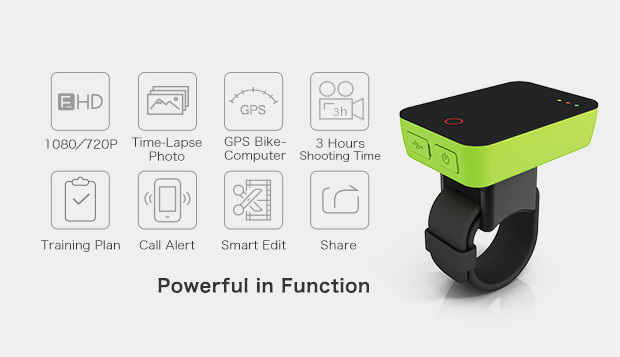 The Indiegogo crowdfunding campaign has just launched, with Camile’s designer seeking $20,000 to get the device into production. It is expected to begin shipping later this spring with a retail price of $149, although early bird supporters can order one now for as low as $89.

Find out more on the Camile Indiegogo page.