This Bottle Refills Itself Using Only Moisture From The Air 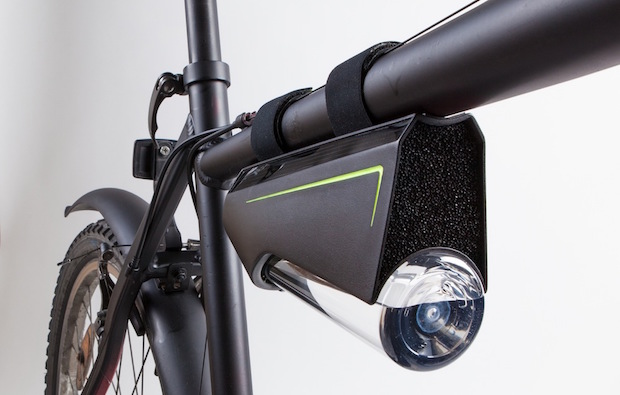 How many times have you been out on a run or long bike ride only to find yourself running low on water? It has happened to most of us at one time or another, and while it can be frustrating, we usually just end up pushing through to the end of our workout and rehydrate afterwards. But what if there was a water bottle that had the ability to refill itself simply by collecting moisture from the air around us? That is exactly the premise behind Fontus, a revolutionary new product that holds a lot of potential not only for outdoor enthusiasts, but those living in places where clean drinking water is at a premium.

Designed to connect to the frame of your bike, Fontus consists of two parts, a specially designed device that actually does all the heavy lifting when it comes to creating water out of thin air, and a bottle that collects the liquid. As you ride, air passes through the device, which then uses a small, solar-powered condenser to cool it down, creating condensation in the process. That moisture is then collected on a series of hydrophobic surfaces that resemble the bristles on a toothbrush. As more moisture build up, it turns into drops of water, and trickles into the bottle where it is saved as drinking water. 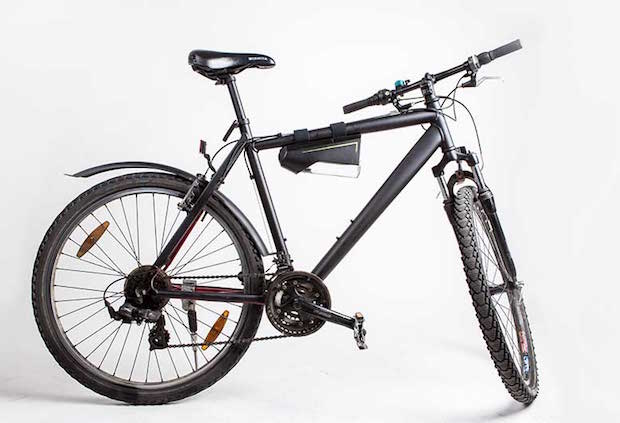 The brainchild of Austrian designer Kristof Retezár, Fontus is just a prototype at the moment, albeit a very promising one. In its current state, it can collect as much as .5 liters of water an hour, which is impressive even if it isn’t particulalry fast. The environment needed for the device to work at top efficiency is also somewhat limiting. The device performs best when the outside temperture is between 86ºF and 104ºF, with 80-90% humidity levels as well.

Retezár says that he is working to refine the prototype to help increase its productivity and extend its use under other environmental conditions. He is also planning on adding a carbon filter to the bottle as well, which would help filter out unhealthy contaminates. As it stands right now, the Fontus can keep bugs and dust out of the water that it collect, but other harmful elements – such as protozoa and viruses – could still slip through.

The designer also says that he hopes to bring the Fontus to the market in the near future and will be launching a crowdfunding campaign to achieve that goal. He says that he plans to deliver the product for under $100 once it goes into full production.

Check out the Fontus in action in the video below.