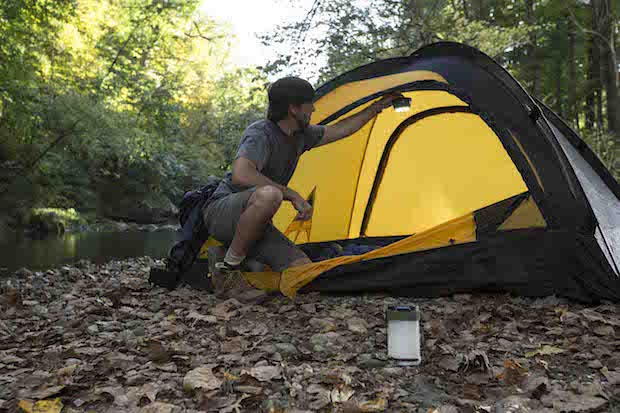 There are few things that can ruin a summer outing faster than annoying insects. Mosquitoes, flies, and a host of other bugs all have the ability to send us retreating to the indoors just to avoid their irritating bites. But thankfully there are a few products available that make it easier to enjoy your time outside during the summer months, including the new Scout Lantern from Thermacell, which has the ability to keep bugs at bay for up to 12 hours at a time.

As with Thermacell’s other products, the Scout creates a 15′ x 15′ no-fly zone around itself that the most annoying insects – including mosquitoes, black flies, and no-see-ums – are adverse to entering. It does so by using an installed butane cartridge to create heat, which then activates the insect repellant properties found on specially treated mats that attach to the top of the lantern. As the heat vaporizes the repellant it rises into the air, creating the barrier, which is completely safe for humans and pets, but prevents bugs from getting close enough that they become troublesome.

Previous versions of Thermacell’s mats were capable of lasting for up to 4 hours before needing to be replaced, but this year the company has introduced new 12-hour Max Life pads that triple the amount of time they are capable of functioning before being replaced. The older mats were great for a brief evening on the back deck or stiting around a campfire, but they were too short for all-day events. These new mats eliminate this problem, making it easier than ever to stay outside longer. 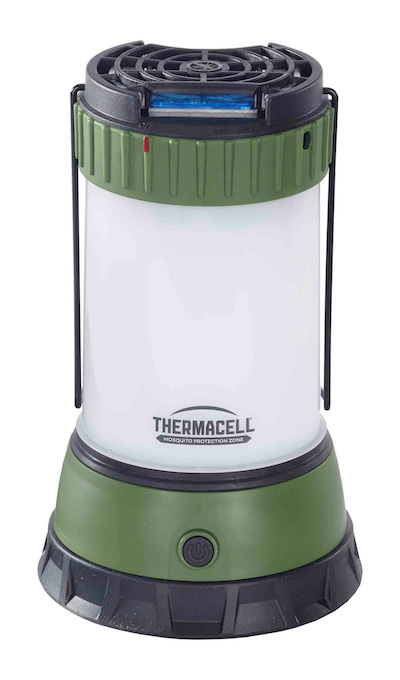 In addition to keeping bugs away, the Scout is actually a pretty useful lantern as well. On its brightest setting, it can put out as much as 220 Lumens, which is great when you really need to light up the campsite, but is overkill for most other situations. Its lower settings prove to be much better ambient lighting options for those times you just want to relax outside, and they can extend the battery life up to 40 hours. Additionally, the lighting and insect repellant features work independently of one another, so you can have the lamp on without activating the protective barrier, and vice versa.

Having put the Scout Lantern to the test a few times already this spring, I’ve found that it definitely works as advertised. The bugs are just starting to become a nuisance where I live, but thanks to this handy device, and its new long-lasting repellency mats, I’ve been able to spend more time outdoors without fear of getting eaten alive by insects. That bodes well for the season ahead, when this problem will only get worse. It also means I can stay outside longer while camping or just hanging out in the yard. 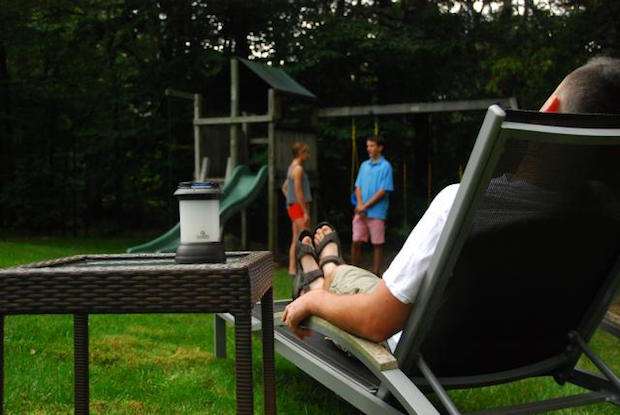 Priced at just $39.99, it is easy to recommend this product. Not only does it serve has a handy lantern for use in both the backyard and around the campsite; it has the ability to keep bugs away too. Those two features will likely make it a favorite at your house this summer too.

Find out more at Thermacell.com.

And for our thoughts on another lantern from Thermacell, click here.