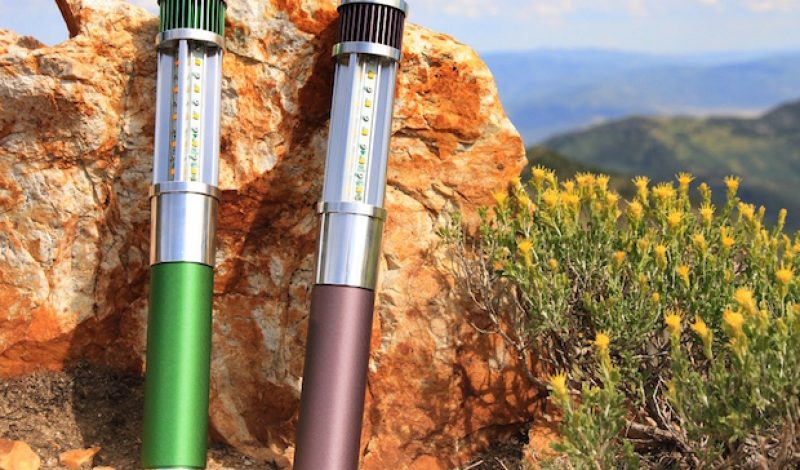 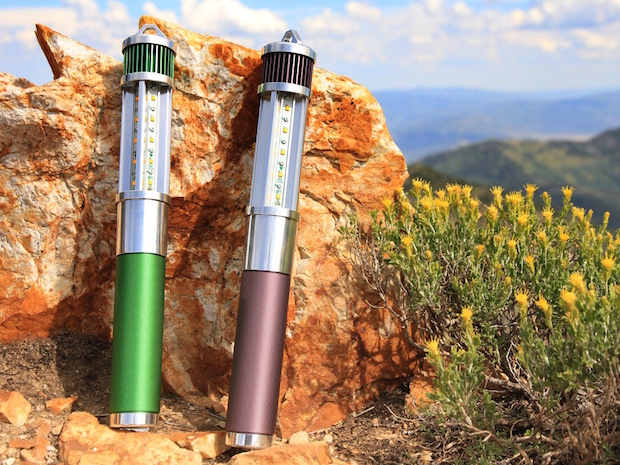 There have been a lot of advances in camp lighting over the past few years as gear manufacturers look to move beyond the headlamp for more versatile options. This has prompted the release of a slew of new LED lanterns, which bring a host of new features along with their ability to illuminate our campsites. But a newly launched Kickstarter campaign is currently seeking funding on a new product that just might be the toughest, most versatile, camp lighting solution we’ve seen yet.

The Zyntony Torch is being billed as the “baddest light on the planet,” and if it manages to live up to the hype, it just might be hard to argue with that label. Built entirely from aircraft aluminum, the Torch is meant to be able to withstand just about any abuse that we send its way. It is rugged and durable, and even waterproof. The manufacturer is so confident in its design that it even backs the light with a 5-year warranty. 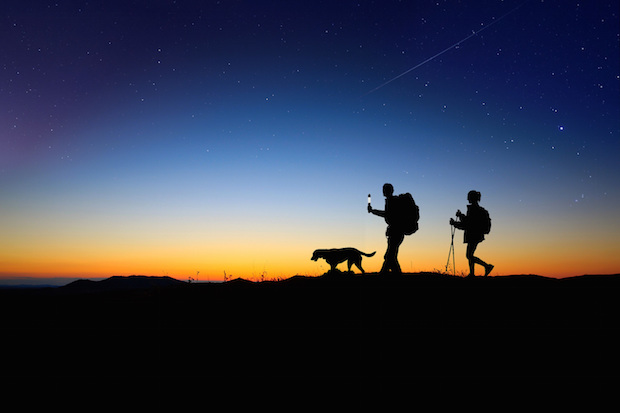 But we’ve seen plenty of strong, durable lanterns in the past, so just being tough isn’t enough to set the Torch apart from the competition. What does separate it from the pack however is the amount of light that it is capable of putting out. According to the Kickstarter campaign, this lamp can provide as much as 4000 lumens on its brightest setting, which is enough to light up just about any campsite. A variable dimmer switch allows you to adjust that brightness all the way down to just 4 lumens as well, which means you can dial in exactly the right level of illumination that you need. That light is provided by four different LEDs, each of which can be activated individually, giving you complete control over just how much light you receive at any given time. Turn them all on and the Torch offers 360º lighting, but illuminating just one LED provides a more focused option.

The Zyntony Torch also comes with a built-in rechargeable lithium-ion battery with a 15,000 mA capacity. That’s enough to keep the light burning for up to 45 days on a single charge. The Torch even features a USB charging port that allows you to transfer some of that excess power to your smartphone, tablet, or other gadgets. And if all of that wasn’t enough, the lamp has built in Bluetooth connectivity too, which allows you to connect to your smartphone and control it with an app. That app can provide information such as remaining battery life and usage history, as well as allow users to turn of the Torch remotely. It’ll even let you customize the light’s settings and convert your text to morse code in case of emergency. 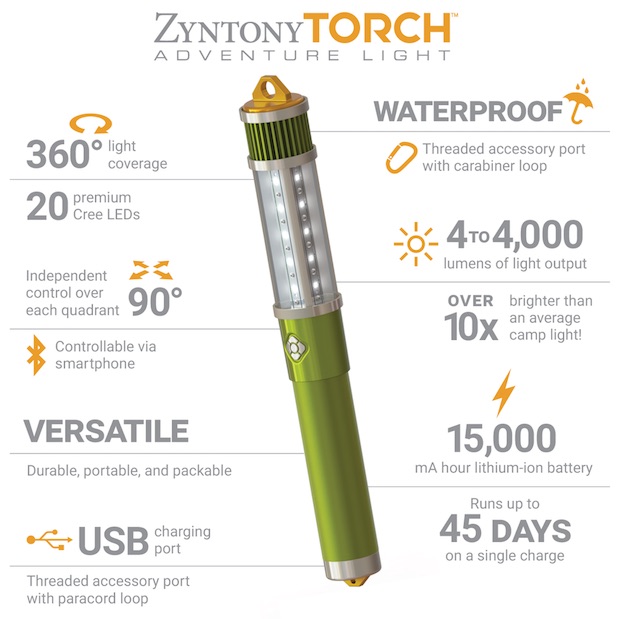 Provided the Kickstarter campaign is successful, the Zyntony Torch is expected to start shipping in February of 2016 at an MSRP of $299. Those who back the product now however can get one for just $165. The team behind the light are hoping to raise as much as $235,000 to get their bright idea off the ground, and as of this writing they have already topped $70,000 in pledges with more than 20 days yet to go. Hopefully they’ll reach their goal, as this look like it could be a great option for your next camping and backpacking trips. 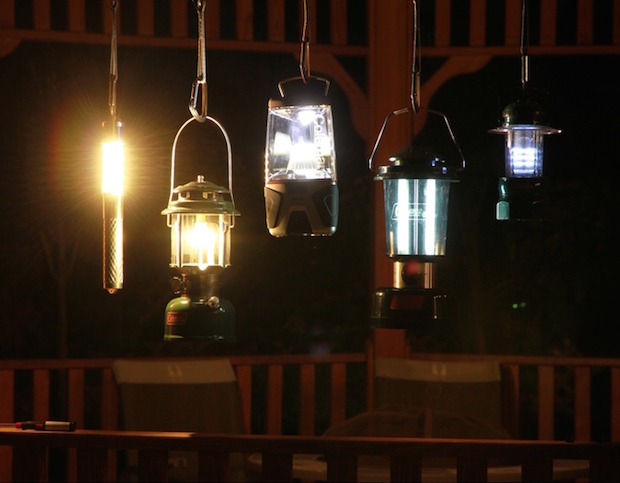