The Zeus Multitool Brings Everything But The Kitchen Sink 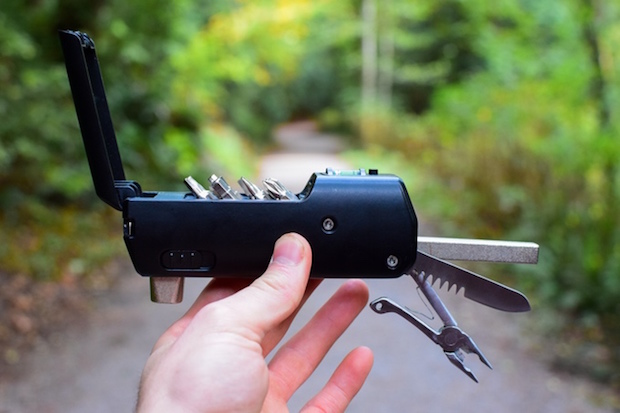 Multitools are designed to be carried in a pocket, worn on a belt, or thrown into a pack so that they are there when you need them most. They’re not supposed to be a replacement for an entire toolbox, though given the right amount of time and level of desperation, I could recommend a few that get damn close. But, the fact of the matter is that a few folks have tried to turn a toolbox into a multitool, and for the most part they’ve been a commercial failure. A lot of this has to do with the lack of a market for such a tool, but some of it also comes down to the fact that most previous attempts generally involved shrinking down full-sized tools, and stuffing them into a compact space along with as many other miniature tools as possible. That’s fine and good for a screw-driver, but not for something like a hammer for instance.

So when something like the Zeus Handy Tool comes around, a glimmer of hopes ignites in my eye and I research the heck out of it so I can report my findings back to Gear Institute readers. 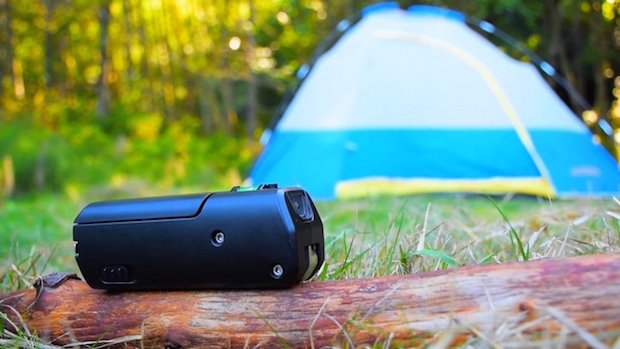 First things first, Zeus is still big and bulky. But thanks to some outside of the box thinking and proper tool placement, it doesn’t seem like tool functionality has been compromised as a result. It contains a lot of the usual suspects, including pliers, a saw, a bit driver and 16 different bits. But there are also some wild things thrown into the mix, such as a spirit level, tape measure, and a detachable LED light. There’s even a hammer, which in form, won’t seem like a hammer but in function will get the job done quite well.

Some of the features of this multitool have been really well thought out and reimagined in some interesting ways. For instance, while similar products that we’ve seen in the past were made of plastic with rubberized touch points, the Zeus has been constructed out of aluminum that is coated in a rubber shell. On top of that, the bit driver is magnetic, an ingenious option that simply blows my mind. 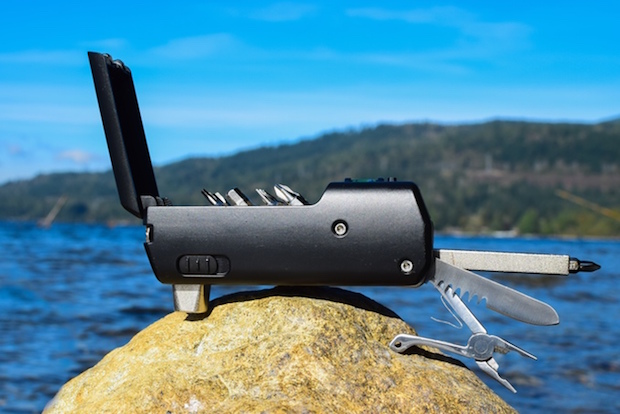 Currently in the early stages of its Kickstarter campaign, you can set yourself up with a Zeus for $55. It’s not a tool that I think you’ll carry around in your pocket with you, but it could really be a game changer around the house or in the glove compartment of your car. This multitool looks like it might actually function well in a jam, and offer some nice conveniences. Either way, you’d be hard-pressed to find another product of this type that has over 24 on-board tools and includes a ten-year warranty.