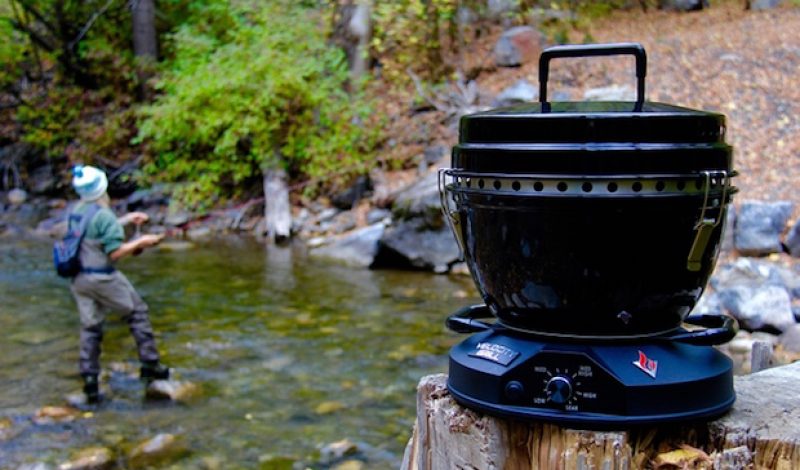 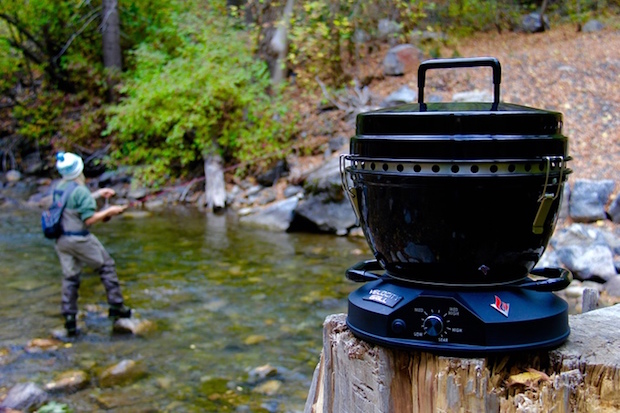 There’s really nothing quite as satisifying as a grilled steak after a long day on the trail, especially when it’s cold outside. To achieve this level of enlightenment, one can simply hit up their local hardware store and pick up a $20 charcoal grill that is light enough to carry to camp – but in all reality that type of grill probably won’t last you more than a season after it is exposed to the elements. On top of that, if the temps are cold, regulating your charcoal’s effectiveness can be a real bear, not to mention the added inconvenience of having to port in a bag of charcoal as well.

So what’s an outdoorsy person to do when they’ve got a hankering for some charred beef out in the wild? Well, why not head over to Kickstarter, snag yourself a Velocity Grill, and get on with living the good life! 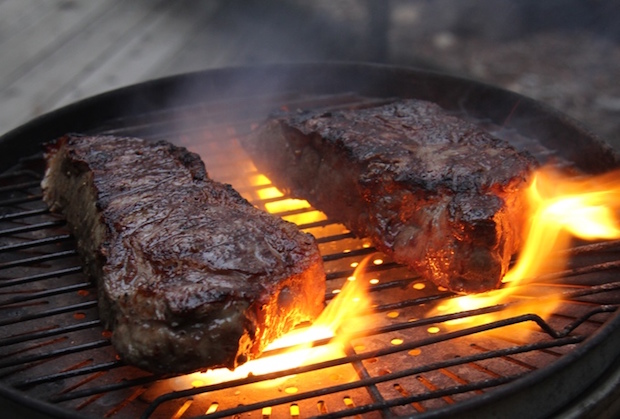 The Velocity is a 17-pound wood-fired grill with a built-in fan that is designed to bring the adjustable cooking temperature up to as high as 1000 degrees Fahrenheit in the matter of minutes. The fan can be powered by vehicle, wall outlet, USB, solar, or D cell batteries. With its 13” grilling surface, the grill is large enough to cook a meal for two, and it includes a “Stay Cool” base which allows you to set it up virtually anywhere. What’s more, Velocity claims that due to its unique design, cold temperatures and high-altitudes won’t hinder the grill’s performance in any way.

So what’s this modern marvel going to cost you? A mortgage payment? NO! Not at all – for $139 on Kickstarter you can secure your Velocity Grill for an estimated February delivery. That price, when coupled with the anticipated performance, portability, and ease of charging the fan, makes this a better deal than most camping grills available on the market today. 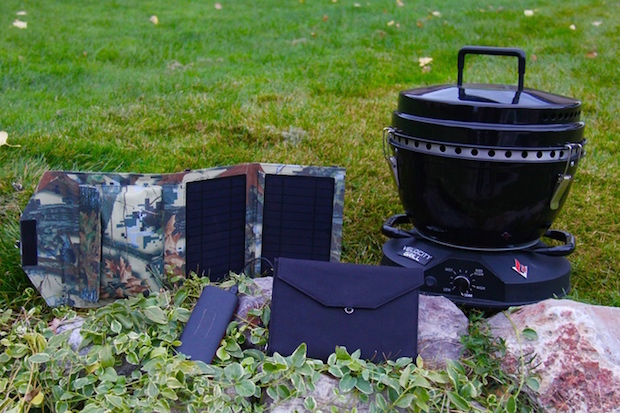 Take a guess who’s going to be grilling up some steak and peppers at his cabin in the woods with ease this winter? That’s right. THIS GUY! 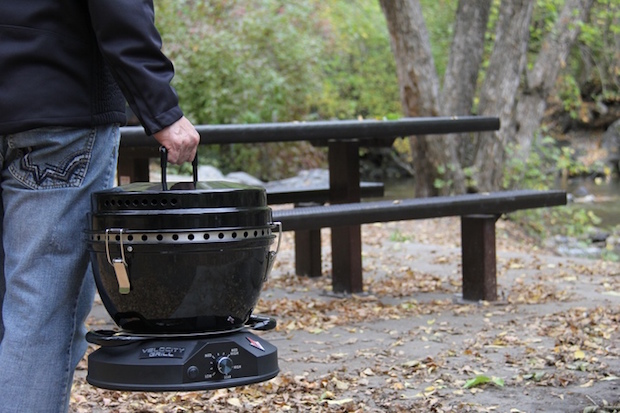