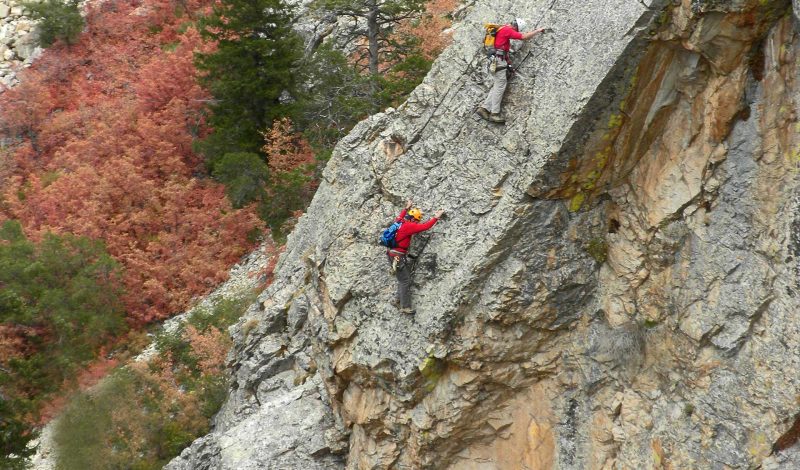 In the first two hours of the Ogden Experience with Salewa, event participants were introduced to several influential people; almost kicked out of their lodging due to a misunderstanding and complaints from the neighbors—only to be saved by the Mayor of Ogden, Mike Caldwell, along with Super Hende (Eric Henderson, one of the sharp-shooters for the brands)—and then, finally settled in on couches and chairs of the vacation home to listen in on the latest technology of Gore-Tex that is integrated with Salewa products. It was quite the beginning to some exciting information overload. 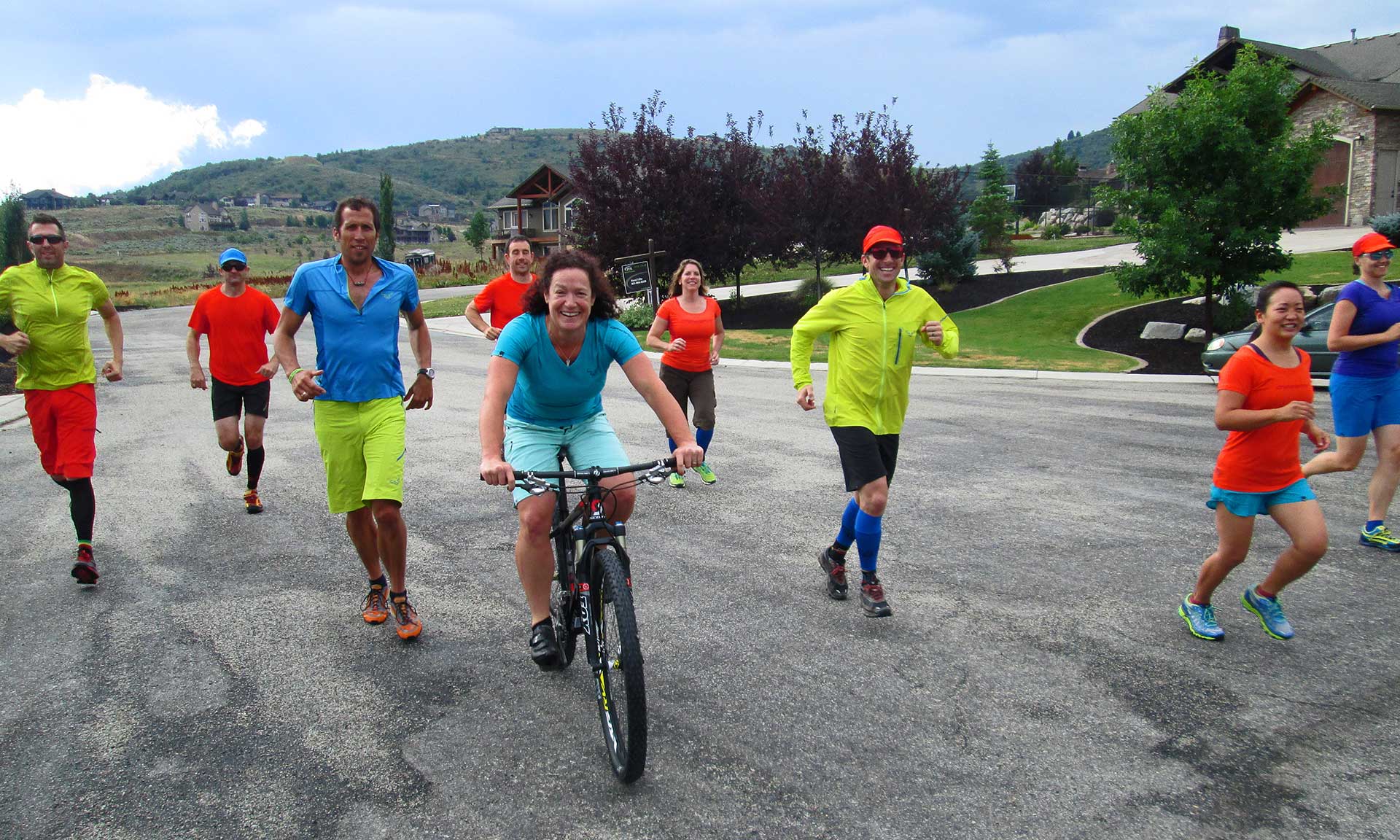 From the beginning when Salewa was first introduced to North America back in 2010, I was ultimately impressed with their footwear. Their ‘blister-free’ motto held true to some of the first approach shoes they launched in the United States that were tested on Mount Ogden’s Via Ferrata. My first impression still holds true today. Salewa has produced some of the best mountaineering, hiking, tech and alpine approach shoes that I’ve ever put on my feet and I never leave home on an adventure trip without some form of Salewa footwear. 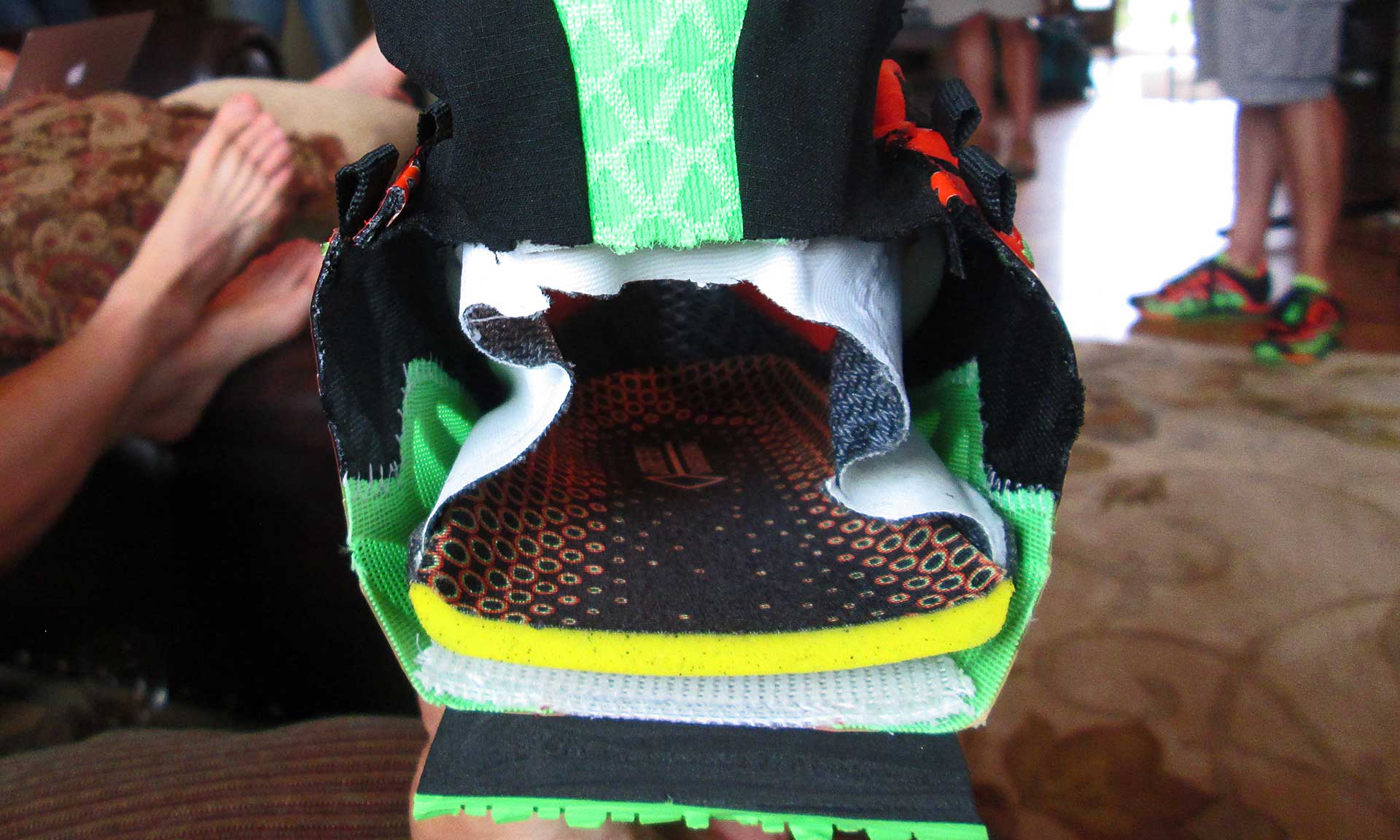 A cross section of the Gore-Tex surround system.

Salewa just launched a new logo for the mountain sports specialist. Their well-known trademark just got a makeover with a new, modern and sharp looking logo. While staying with the powerful, majestic eagle, the trademark has a fresh, bold look and runs under the slogan, “get vertical.” This is a campaign intended to inspire people to step out of their comfort zones and take on new challenges. For many of us, the mountains are extremely therapeutic and definitely give us legitimate challenges to take on and make us feel anew when the challenge is met.

The main highlight of Salewa footwear was the Alp Flow Mid GTX. The Alp Flow integrates the new Gore-Tex Surround technology, which allows absolute breathability without compromising total waterproofness. Air can enter the upper through a special radiator placed on the sides, and reaches and refreshes the foot through a specialty-perforated foot bed. The Alp Flow has the 3F System, which is a combination of flexibility, anatomic support for the ankle and perfect fit. Advanced climbing lacing extends down to the toe to guarantee precision when climbing and enhances the fit of the forefoot. The outsole is made of Vibram Hike Approach, which offers grip, flexibility, and durability that allows for safety on some of the most demanding excursions. 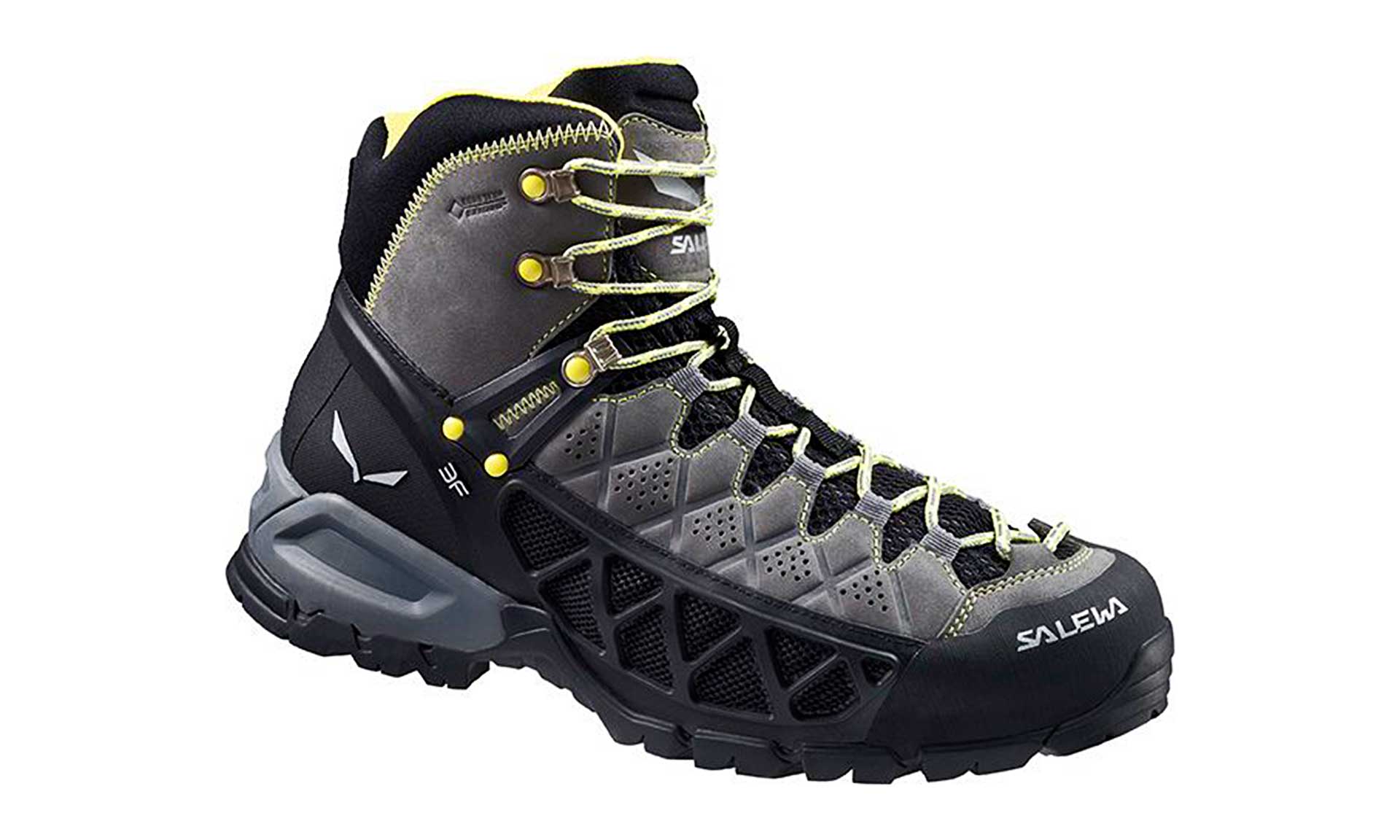 The Salewa Speed Ascent holds to the “get vertical” mantra. This is a shoe that’s catered to the new generation of hikers that seek lightweight performance going beyond more traditionally styled hiking boots. The Speed Ascent integrates two innovative technologies: The construction, which creates a pre-fixed slightly raised position of the big toe, and the RGS (Rollingait System) sole by Vibram which incorporates the special rocker profile throughout its length. Think camber mixed with rocker ski. The Speed Ascent has a slight upward curve in the toe area while the rocker shape is in the length of the shoe. 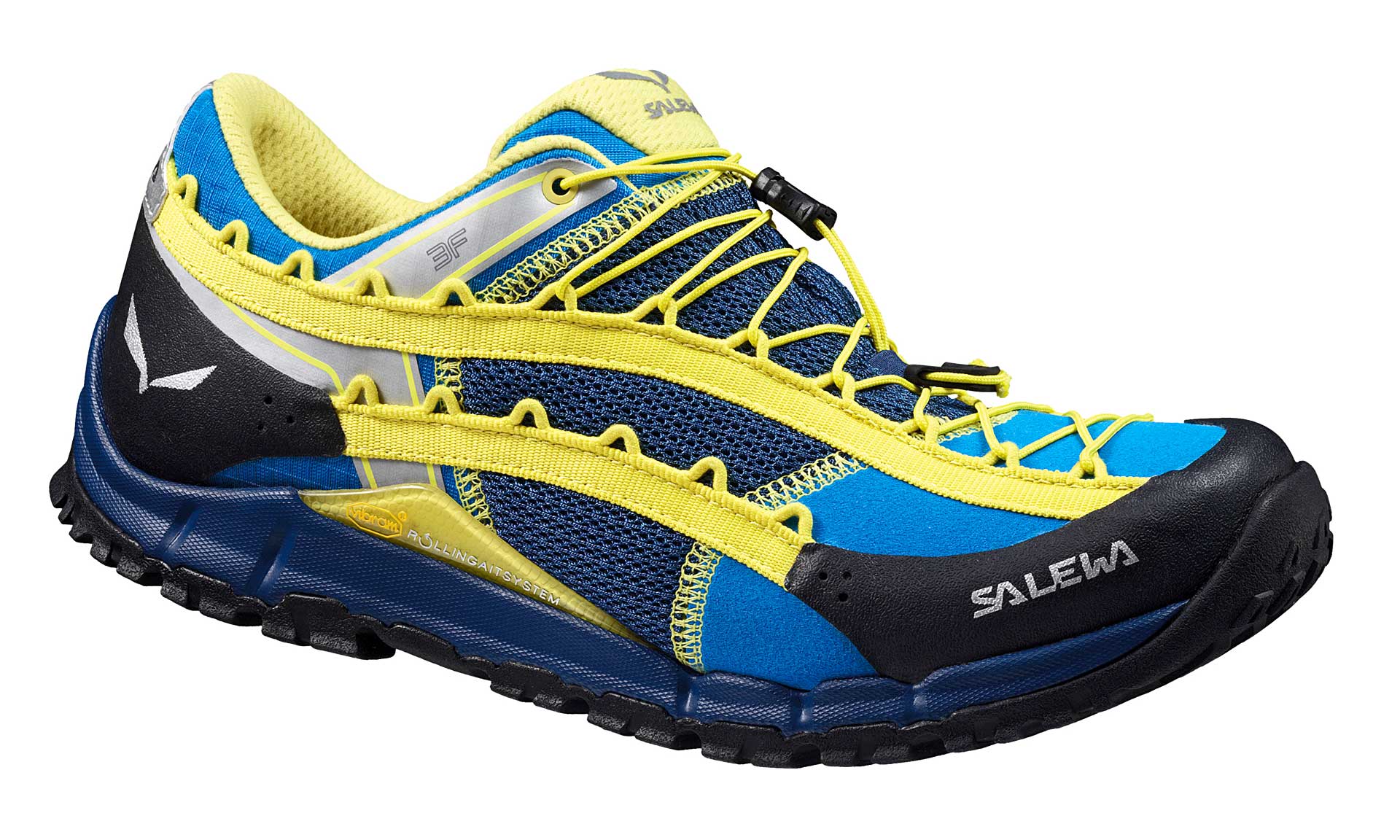 So what this camber/rocker profile shape results in is faster walking during ascents, improved comfort and stability during descents, more harmonious foot strike resulting in reduced impact on joints, and less fatigue in ascent and descent. Some of us gave the Salewa Speed Ascent shoes a test on a trail run up Ice Box Canyon/Art Nord in Ogden. This gorgeous trail has a good mixture of uphill, level and downhill terrain. The Rollingait System along with that raised position of the big toe made the foot strike seem more smooth and natural. I have issues with my knees sometimes while running and vigorous hiking, but with the Speed Ascent shoes, it seemed as if the usual soreness in my knees after the trail run/hike wasn’t nearly as bad as it usually is. 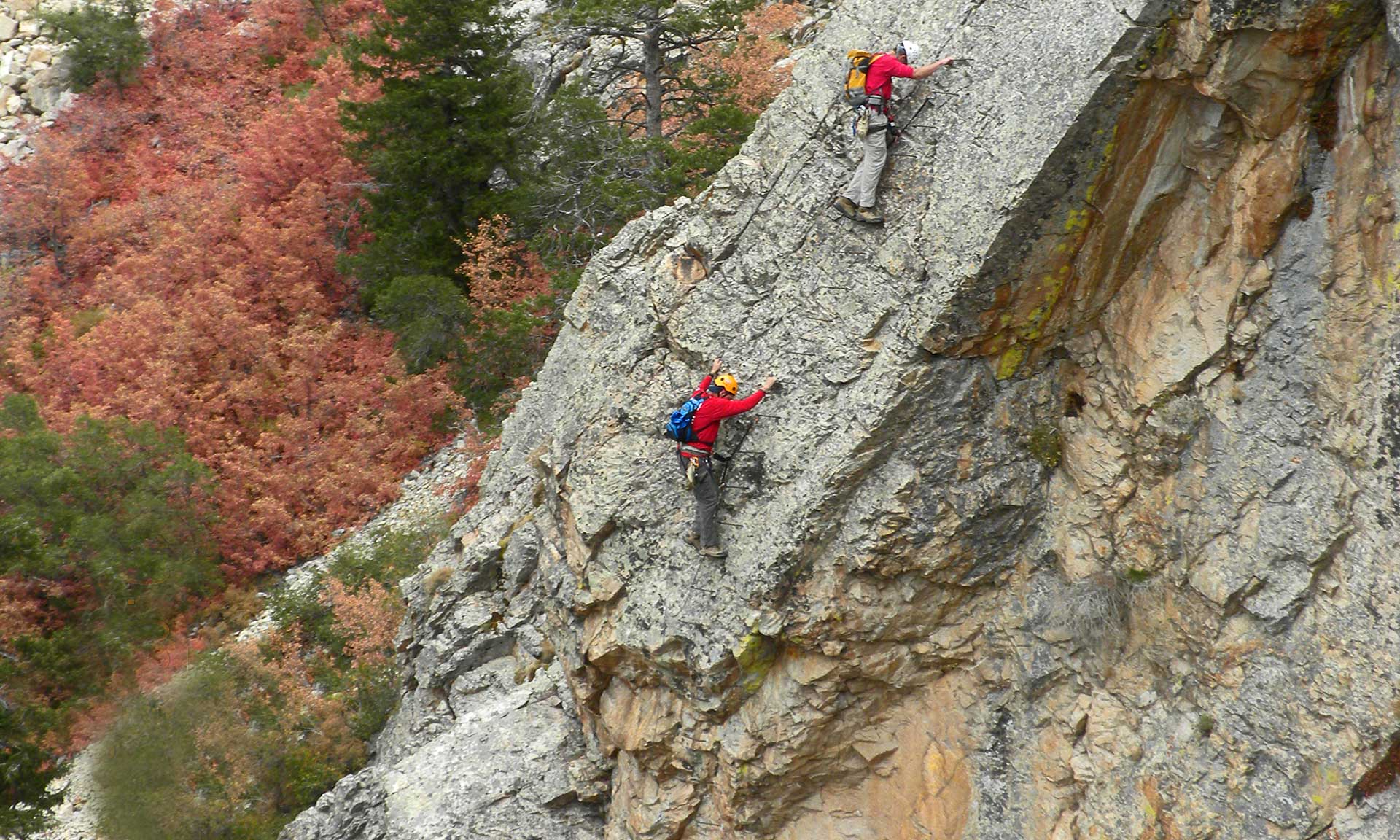 Some of the group went onto test either the Salewa Speed Ascent or Wildfire Pro shoes on Mount Ogden’s Via Ferrata, which is not as in-depth of a via ferrata as those in the Dolomites, but it is definitely a fun, thorough way of testing out what the Salewa shoes are capable of. I wasn’t able to participate in the via ferrata climbing as we were two hours behind schedule, and I had to run off to another event, but I’ve climbed this particular via ferrata a couple of times, and both times I was wearing a Salewa approach shoe which handled the hiking and climbing beautifully. 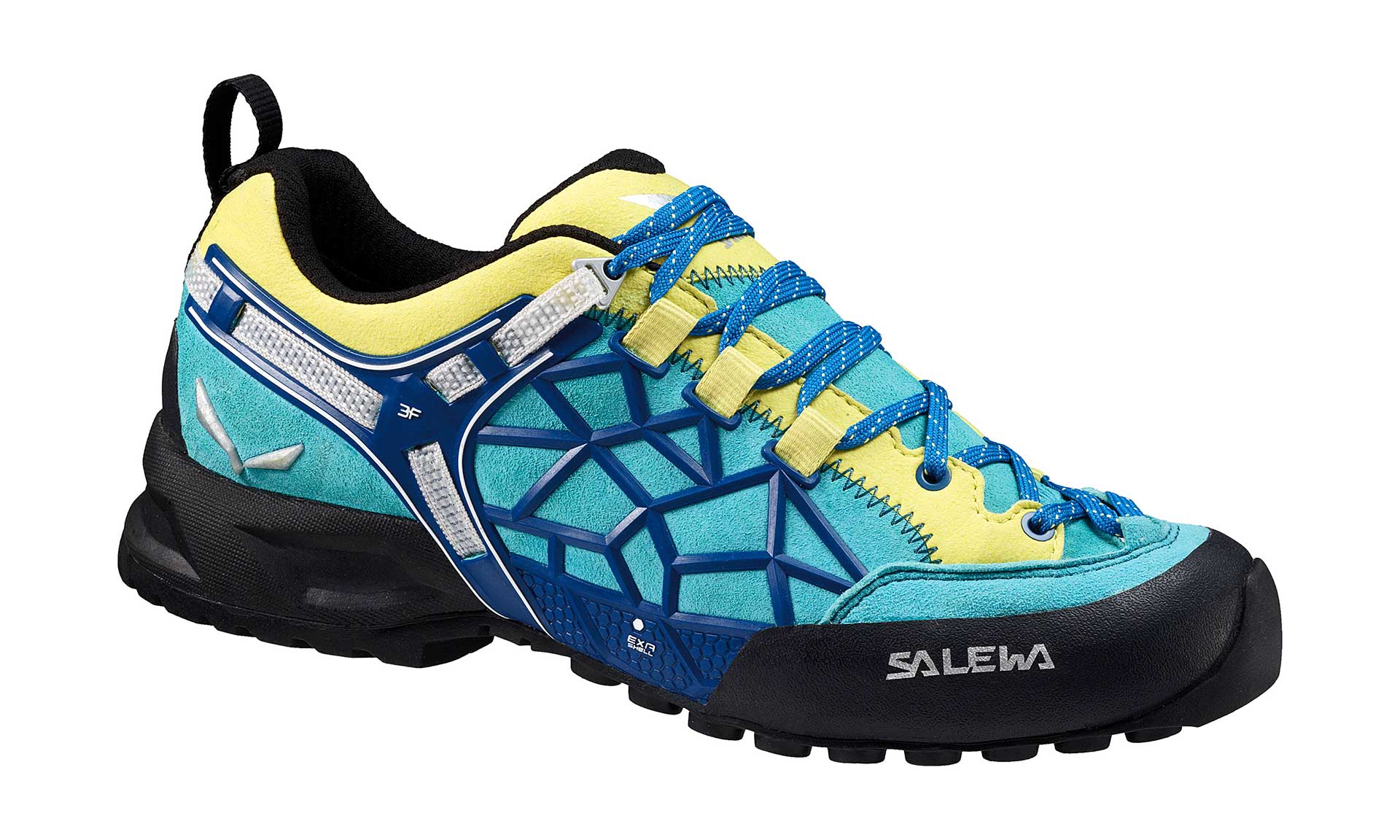 It was a day and a half filled with incredible new gear, unexpected twists and turns that resulted in some laughable drama, chocolate-dipped strawberries after a fulfilling dinner, and some good, healthy outdoor adventure before a chaotic upcoming week of the Outdoor Retailer.