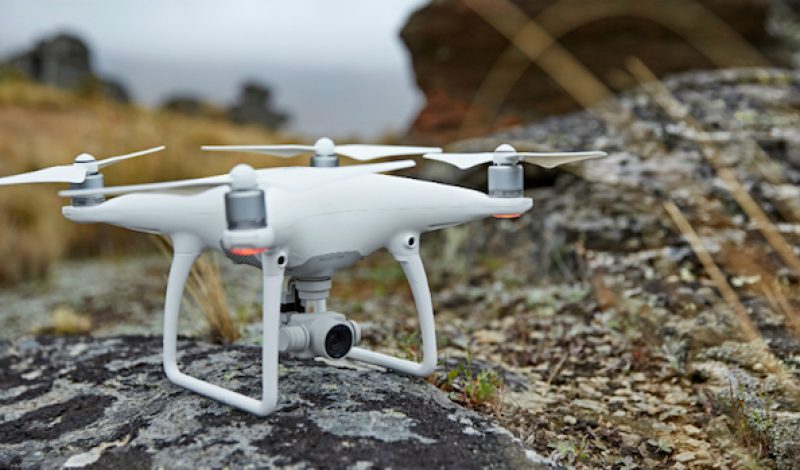 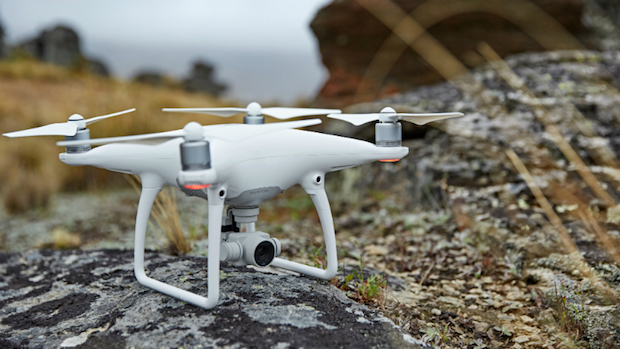 Since launching its first Phantom drone a few years back, DJI has grown to become one of the leaders in the drone market. It’s UAVs have sparked helped spark a revolution in filmmaking, giving amateur and professionals alike the ability to capture spectacular arial footage without breaking the bank. Over the years, the company has continued to refine its designs, and we’ve seen some nice incremental improvements to the Phantom series. But we hadn’t seen anything quite a revolutionary from DJI since its initial products. That changed today however with the introduction of the Phantom 4, a drone that now functions smarter and more independently than ever before.

At first glance, the Phantom 4 looks a lot like the previous generation of DJI’s popular UAV. But upon closer inspection you’ll notice that the body is bit sleeker and shinier, with a few subtle tweaks to the design that help make it more aerodynamic. These changes are tough to spot unless the new drone is sitting next to an older one, but they do help to refine its flight characteristics.

The real upgrades for the new drone are found on the inside however, which is where a host of new sensors and cameras have been installed to help make it a better all around tool for users. For instance, the Phantom 4 now comes equipped with two front facing cameras that help its new obstacle avoidance system detect things that get in the way, and plot a course around them. 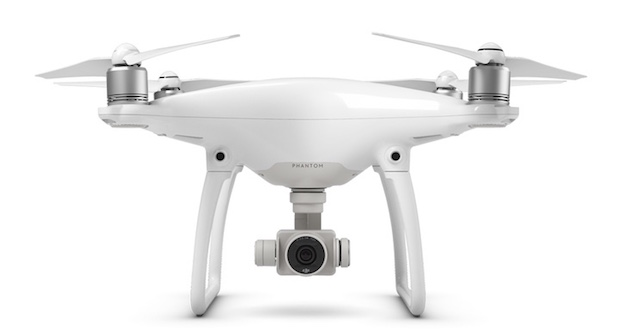 Those same cameras allow the pilot to select an object to follow as well, giving the drone the ability to chase a person who is running or on a mountain bike for example. It can even follow motorized vehicles, animals, or just about any other moving objects as well. Best of all, the tracking system works because the drone can “see” the subject it is chasing without the need for some kind of sensor or other device for it to follow. And since DJI claims the new drone has a top speed of 44 mph, you’ll actually have to be moving pretty quick to actually outrun it.

DJI has also integrated a new flight mode called “TapFly.” This allows the pilot to use the drone’s onboard camera to survey the landscape around him or her, and tap the screen on a location to have the drone automatically fly to that place. It will use the obstacle avoidance system to find the best way to get there using nothing but its onboard cameras and sensors to plot the course. That means the Phantom 4 isn’t relying on GPS to help it navigate in any way, but instead is “aware” of its own surroundings.

The ability to follow and avoid obstacles gives the Phantom 4 an autopilot feature that it hasn’t had in the past. This makes it easier to fly the UAV, allowing the person controlling it to actually concentrate on shooting video footage instead. In theory, this should result in better quality video with less effort. 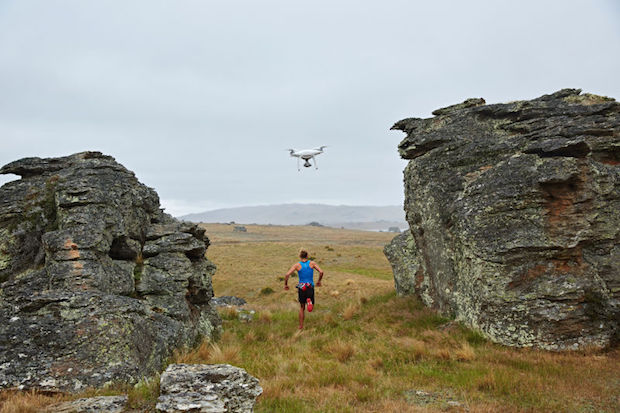 Despite adding all of these new features, DJI still managed to increase the flight time of the Phantom 4. It is now capable of staying in the air for up to 28 minutes. This is due in no small part to its larger battery size. The new model uses a 5350 mAh battery as opposed to the 4480 mAh power supply in the Phantom 3.

So how much will all of these upgrades set you back? The Phantom 4 is available to order now at a price tag of $1399. That’s about $150 more than the Phantom 3 cost when it debuted last year, but considering how much new technology is packed into this drone, it is surprising that it doesn’t cost more. The drone should begin shipping before the end of the month, and are slated to go on sale in Apple Stores beginning March 15.

For more information on the Phantom 4 visit DJI.com. 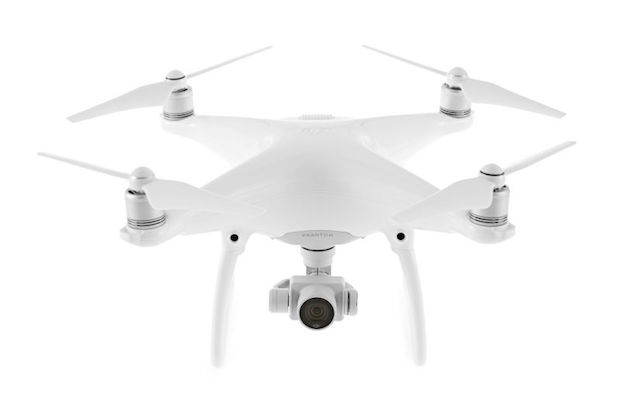