The Manfrotto Advanced Travel Backpack is Built for Photographers 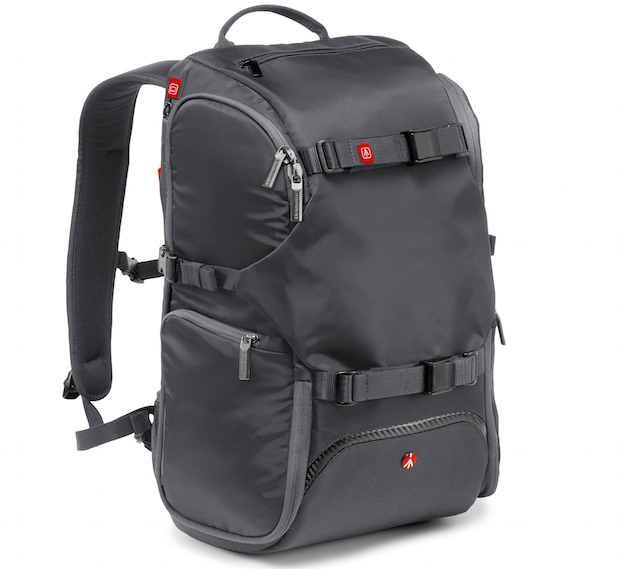 One of the biggest challenges for frequent travelers is finding a way to carry our expensive – and often heavy – camera gear safely and comfortably while on the road. Sure, it is easy to just toss all of that equipment into a backpack, but that generally isn’t the most convenient way to keep everything organized. On top of that, most daypacks aren’t built to provide any kind of extra protection for our lenses or camera bodies, which is why a pack specifically designed for photographers is often the best route to go. Enter the Advanced Travel Backpack from Manfrotto, a bag that was built from the ground up to carry our camera equipment with ease.

To accommodate the needs of traveling shutterbugs, the pack has been divided into two compartments. The top half the bag is designed to carry personal items, such as clothing, paperwork, a smartphone, or whatever other items you need to keep close at hand. The bottom section of the backpack has been specifically built for storing camera gear, including a DSLR body with an attached lens, and two additional lenses. A laptop sleeve large enough to accommodate a 13″ notebook is also included, and the internal storage divider can be removed to convert the bag into a standard daypack at any time. 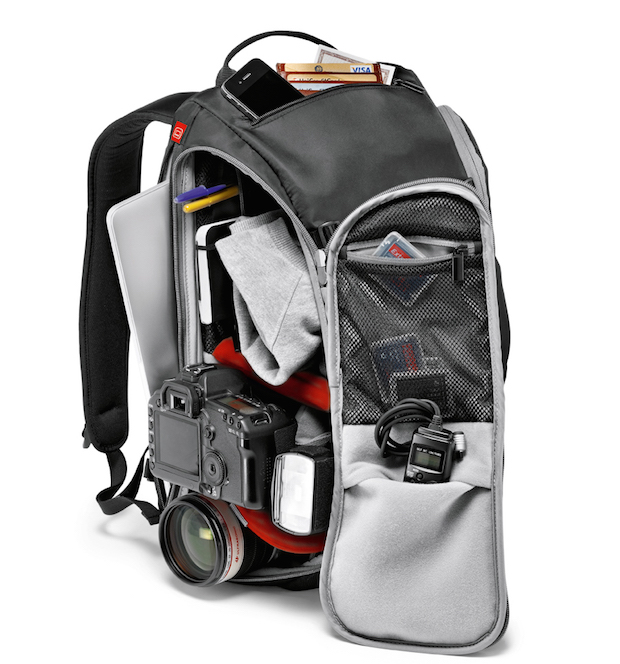 The Advanced Travel Backpack also has lash points built for carrying a tripod, as well as a padded side pocket that is meant for storing Manfrotto’s very own BeFree travel tripods. An included rain cover and water repellant fabrics provide extra protection from the elements, while the interchangeable internal dividers allow users to customize the bag to fit their specific needs. Of course, the pack is carry-on compliant with all major airlines ensuring your precious camera gear never has to leave your sight while in transit.

The standard black version of the Advanced Travel Backpack has been available for about a year now, and sells for $149.99. But Manfrotto has just updated the line to include three new colors – blue, brown, and grey as well. Oddly enough, the blue and brown versions of the pack also retail for $149.99, while the grey model is just $119.00, despite having no real discernible differences other than color.

Unfortunately, these packs are not hydration compatible, which limits their use somewhat on a hiking excursion. But, if you’re a frequent traveler who finds yourself carrying plenty of camera gear with you on your adventures, this bag might just be the perfect companion. 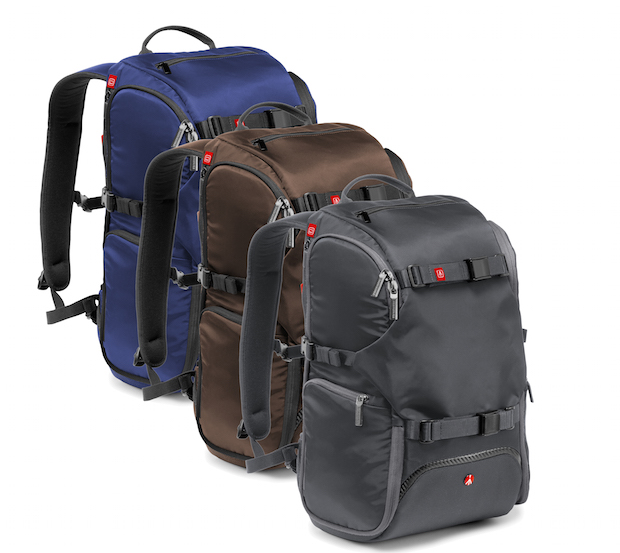