The Lycan Powerbox is a Solar Powered Clean Generator 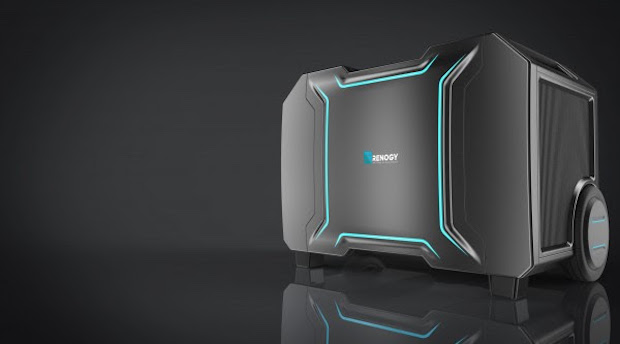 Modern generators can provide the opportunity to enjoy some nice amenities at your campsite, but they come with a host of compromises as well. For instance, most of these portable power stations are noisy, crank out noxious fumes, and require plenty of gas to keep them functioning. But a new mobile generator from a company called Renogy promises to eliminate those issues by using solar power to create a clean, silent source of energy that can keep your gadgets running no matter where you go.

Now available to preorder on Indiegogo, the Lycan Powerbox claims to be the world’s first solar powered generator with an interchangelabe battery. It features two 12V DC ports (think car outlets), three 110V AC plugs (think home outlets), and 4 USB ports for directly plugging in tablets, smartphones, digital cameras, and other small gadgets. This portable generator even comes equipped with a rugged set of built-in wheels that make it easier to get to a remote campsite as well. 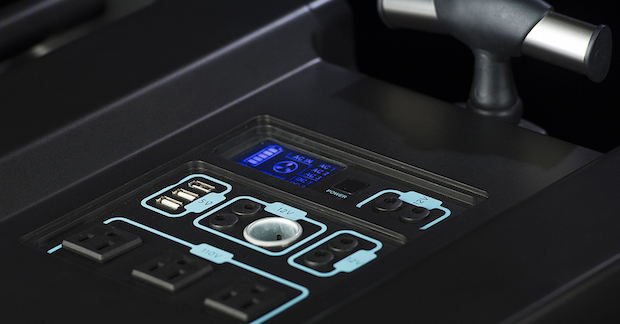 The Powerbox also comes with a removable – and easy to recycle – 75 Ah/900 Wh battery that can be recharged by plugging it directly into a wall outlet, a 12V car port, or via a solar panel. The device can accommodate up to three solar panels at once, which allows it to recharge in as little as three hours provided conditions are right. That’s actually faster than plugging it in at home, which requires about 7.5 hours to juice up the battery.

Once fully charged the Lycan Powerbox reportedly holds enough energy to keep a flat panel TV going for about 11 hour, a small refrigerator for 8 hours, or a radio for over 24 hours. It also has enough power to recharge your smartphone 120 times. And since it doesn’t use a combustion engine to generate energy, it is completely silent and won’t put off potentially dangerous fumes either. That makes this a product that is safe to use indoors, which could prove invaluable in an emergency situation.

Renogy launched its crowdfunding campaign for the Lycan Powerbox today with the hopes of raising $75,000 to get this product off the ground. If they are successful, it should begin shipping in August at a price of $1799. That’s a bit more expensive than the competition, but considering some of the conveniences this generator brings to the table, it just might be worth it for the expedition and car camping crowd in particular. Early bird backers of the product can snag one for as low as $999 however, which is quite simply a tremendous bargain.

Find out more on the Lycan Powerbox Indiegogo page.