Roast, Steam, and Bake Your Next Camp Meal Using Only the Power of the Sun 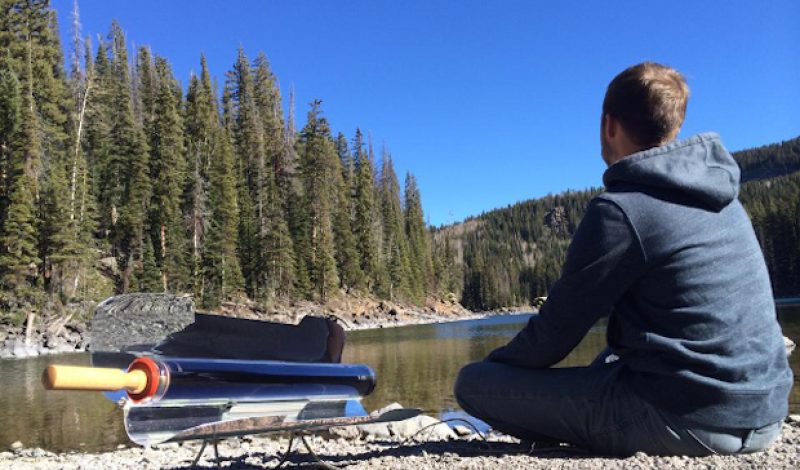 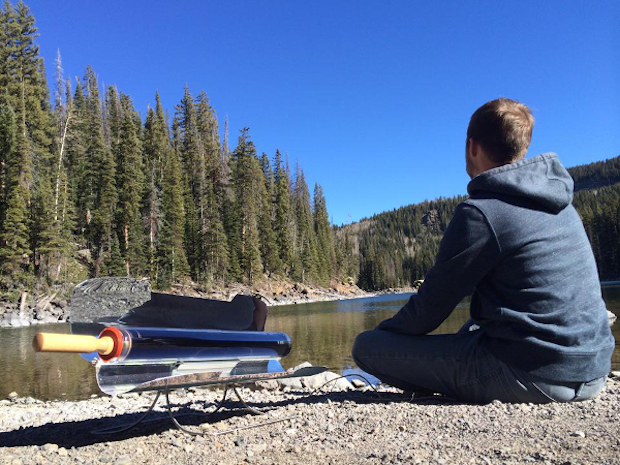 The idea of cooking meals using just the power of the sun is nothing new, but up until now it has been a real challenge to create a compact and lightweight solar stove that can be used just about anywhere. The GoSun Solar Cooker changes all of that however, delivering on the promise of efficient cooking using only sunlight. It is the resuilt of a successful Kickstarter project that produced a portable, durable, and promising way to roast, bake, and steam most any food that can fit into it.

The cooker works much like a magnifying glass with sunlight collected and concentrated at a glass tube that contains your soon-to-be hot food. The system is designed for simplicity and minimum adjustments with just two stainless steel reflectors capturing the rays of the sun from most any angle. These rays are reflected directly at a glass tube painted with aluminum nitrite, a non-toxic coating selected for its properties to absorb sunlight efficiently. Even in winter, the heat generated inside the tube can reach 600° F, but because the tube is vacuum insulated, the outside remains cool to the touch. In addition, thanks to the insulation the tube also stores the heat, allowing you to slide the food in and out to check on it. 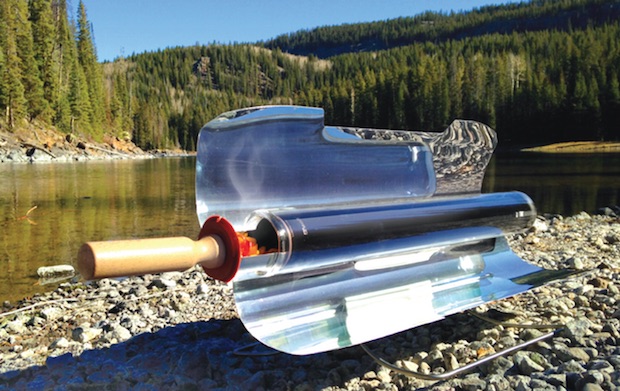 The easy to clean system is designed for portability and durability. The food tray is removable and dishwasher safe and a brush is included in the packaging to help scrub the glass tube. When not cooking, the legs and reflectors fold around the system and the handles even flip up for easy storage inside the stove. In addition, carry pouches are available for purchase on the GoSun website. Ans as for longevity, the Anodized Aluminum has a “20-year solar application life span” and the glass tube is covered against breaking for 2 years.

Since this is a solar grill, you are still limited to daylight cooking. According to the website, the best hours to cook are 9am to 3pm, though the grill can be used as early as 7am and as late as 5pm (depending on your latitude, of course). Because of the insulation, the website purports that the tube can even continue cooking after the sun has set. 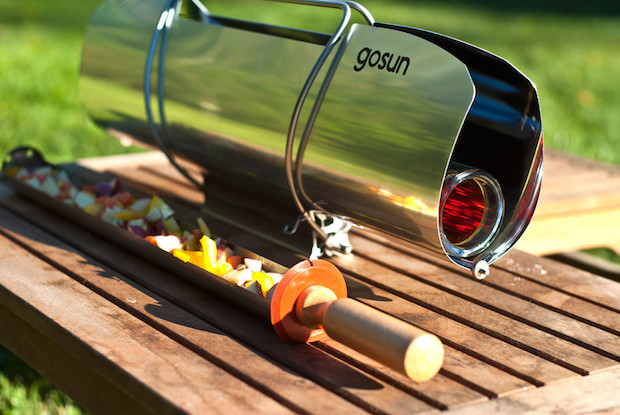 There are a few caveats to using the Solar Cooker however. For instance, GoSun warns that users shouldn’t heat up liquids directly in the tube, and offers an accessory called the BREW that is specifically designed for boiling water instead. But the BREW can be incredbly slow, taking up to an hour just to boil 2 cups. Additionally, even though the stove obviously prefers direct sunlight, it  will work with sparse cloud cover as well. It won’t reach a desired temperature for cooking on overcast days however, rendering it useless.

Overall, this looks like an excellent eco-friendly product. In areas with lots of sunlight, it may be the only thing you bring; leaving behind not only fuel canisters but also no ecological imprint on the environment. Though the system is certainly not ultra-light, the 1.5lb. (0.7kg) Mini model is pack-friendly. However, until there is a feature that allows cooking without the sun, you will still want a backup for any extended trips. Still, the GoSun Solar Cooker is an exciting invention and we look forward to seeing how well it is received by the outdoor crowd, as well as how it continues to develop in the future. 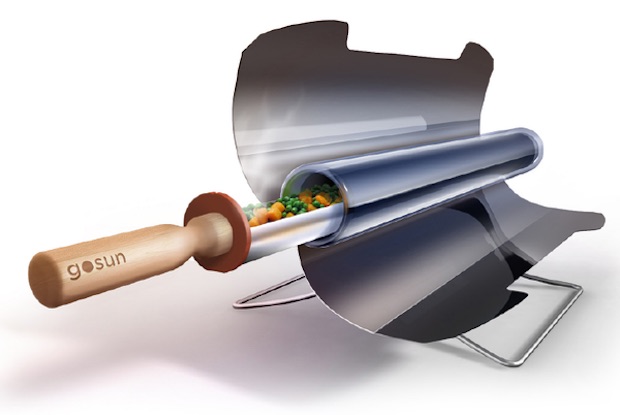 Bonus: Be sure to check out GoSun’s hilarious videos like this one: