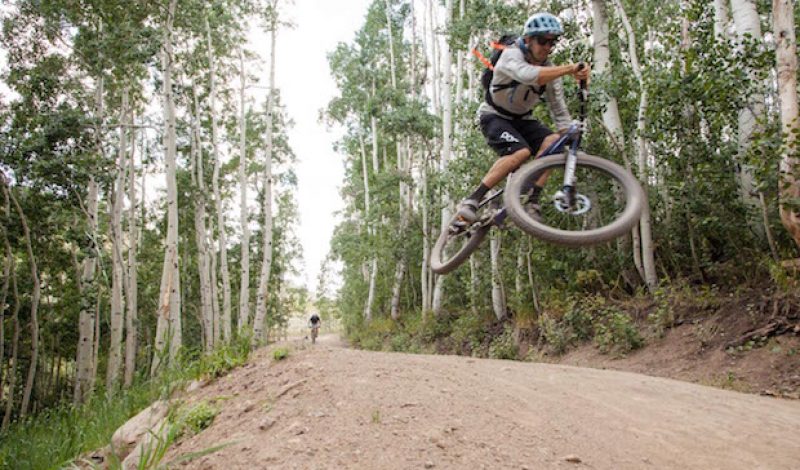 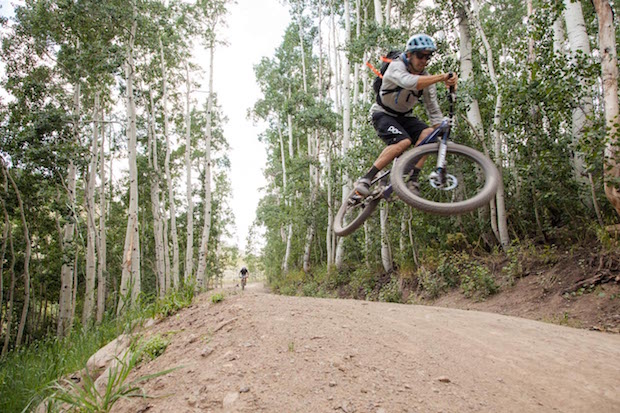 Eric Porter spent a lot of time sneaking around over the past two years.

A professional mountain biker, Porter is used to seeing his gravity-defying freeride stunts publicized on magazine covers and television shows, but his latest feat had to remain classified: He was developing a brand-new, full-suspension bike for Diamondback, which had asked Porter and other pros to create a high-performance rig capable of not only crushing rock gardens, but also rescuing the company’s sinking reputation.

So Porter tested prototypes in secret until this summer, when Diamondback unveiled the Release (a do-it-all trail bike) and the Catch (its plus-wheeled sibling). 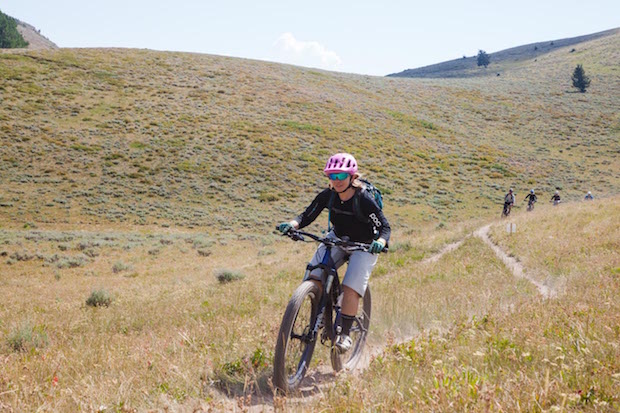 “The Release is the most playful trail bike I’ve ever ridden,” Porter told me earlier this month, when I had the opportunity to ride Diamondback’s new models with him at Deer Valley, Utah.

That frisky feel is due, in large part, to the bike’s Level Link suspension design, which places the linkage parallel to the chain when the bike is at sag. According to Porter, that makes both bikes efficient climbers, because pedaling doesn’t engage the Level Link suspension–only bumps. But the Level Link feature also allows for short chain stays that create a nimble, quick-handling ride.

Efficient, nimble, fun – these are not adjectives that people have been using lately to describe Diamondback bikes. Back in the 1990s, Diamondback was the brand of choice among the sport’s hard-core pioneers. But then company leadership decided to prioritize volume over quality, and started selling cheaply built bikes through big-box retailers. “Diamondback was never sold at Wal-Mart,” Porter explains. Still, the company had become identified with low-hanging fruit. 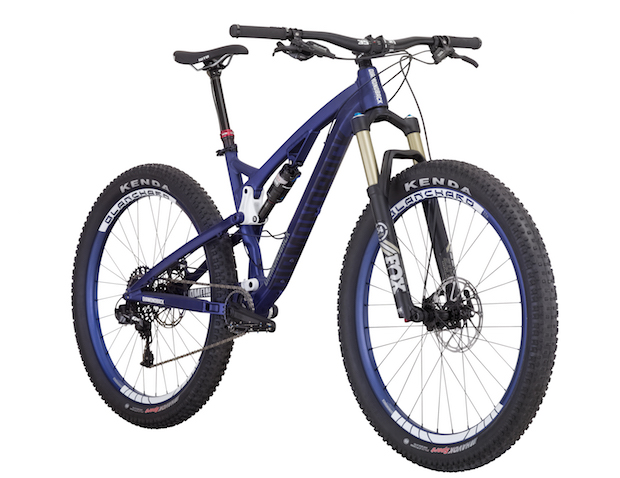 Recent management changes, however, triggered fresh investment in R&D. With the Catch and Release (names inspired by Porter’s fondness for biking to backcountry fly-fishing spots), Diamondback hopes to re-establish its long-lost performance cred—without losing touch with average Jane and Joe riders. Instead of costing $5,000-$11,000 (which is the going rate for a top-performing full-suspension bike these days), the Release costs between $2,800 and $4,400 (depending on componentry) and the Catch sells for $2,800 to $4,000. That makes both bikes an incredible value—especially given how fun they are to ride.

I tested the Catch 2 during two days of riding at Deer Valley, where I took it on everything from buffed-out downhill flow trails to twisty, rocky singletrack. The plus-sized tires (which let me run a trail-gripping 18 psi) and 27.5” wheels simply refused to lose traction, even on loose, dusty corners. It’s an ego-stroker: You can make a lot of mistakes with your body position, and this rig will keep you from suffering the consequences. The 130mm of travel smoothed out high-speed sprints through nests of roots. But the Catch also proved to be surprisingly agile. Climbing up a set of tight, rocky switchbacks, the bike felt efficient and agile—this is no barge.

It is, however, relatively heavy. For $4,000 you get quality componentry (Fox 34 Float fork, RockShox rear shock, KS Supernatural dropper post, SRAM Guide brakes) but not an ultralight build: The Catch 2 weighs 32 pounds, which felt draggy toward the end of a two-hour climb. Maybe the culprit was my tiring legs, or that I’d maxed out the range of the 1×11 drivetrain, which gave me good gearing options on everything but the steepest hills. 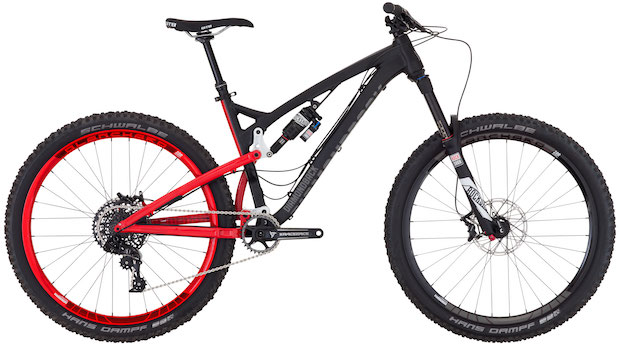 As a smaller rider (5’0” and 120 pounds), I put a high priority on lightening-up my bikes—but I had a giggle-good time on the Catch. It’s an impressively capable bicycle.

With the Catch and Release, Diamondback has created two great options for dedicated mountain bikers who can’t (or won’t) spend ludicrous sums on recreation. They’re for bike geeks, not bike snobs. In keeping with its accessible, everyman emphasis, the Diamondback website contains stacks of how-to videos to help cyclists of all levels improve the way they ride and care for their bikes. I love that. Because for all the innovation that mountain biking has enjoyed over the past five years, Diamondback is managing to do something truly novel: Offer innovation without arrogance.