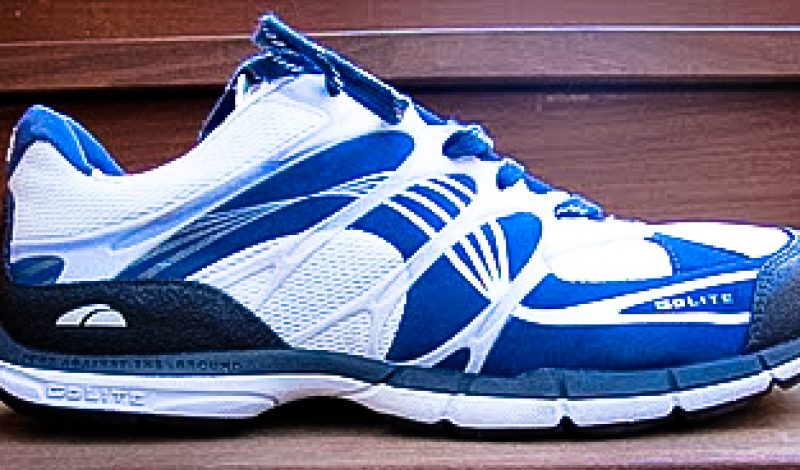 GoLite has dabbled in hiking and outdoor athletic footwear for some time now, but the BareTech line represents a full paradigm shift away from built-up, overly constructed designs and towards endurance sports models that are more lightweight and promote natural foot motion. The Amp Lite a transitional step in the company’s progression toward a true minimalist shoe: the Tara Lite (see this post for a preview), scheduled for release next spring. It’s fitting, then, that the Amp is also a great option for runners looking to transition gradually toward true minimalist running.

From the outside, the Amp Lite looks like any other trainer, and at 11.8 oz, it will never be mistaken for a anything remotely minimalist – but that isn’t really the point with this shoe. The structural differences aren’t apparent until you actually put the shoes on your feet.

About that “putting them on your feet” part: the Amp has a unique internal lacing system that I found somewhat challenging and cumbersome to operate. The laces twist around each other directly over the top of the foot, and are incorporated into something called a TPE cage system that adjusts the tension across the arch as you pull on them. The resulting fit is comfortable and quite secure, and is designed to hold your heel in place better and prevent your foot from sliding forward on descents. Eventually I got used to the system, but it definitely takes a few practice laces to remember which way to pull at each eyelet.

Assuming you get them on your feet properly, you’ll immediately feel the Amp Lite’s distinguishing feature, in that there’s no drop from heel to toe through the midsole – it’s 20mm thick in both regions. The official term for this is a “zero-drop” midsole, and the Amp is currently the only traditional-styled trainer that offers this (even Newtons have a slight heel to toe drop that’s offset by large forefoot lugs on the outsole).

GoLite offers three insole options with each shoe: you can use the insole as is for a normal fit, or the thicker or thinner options which make the toebox area more or less roomy. True minimalist runners prefer a nice wide toe box that allows the toes to spread out, but someone transitioning from standard footwear may be more comfortable with the standard insoles. The insoles also have a bit of an arch support built into them – which is a drawback for pure natural runners, but a comfort for transitional runners.

The zero-drop structure allows you to run with a midfoot or forefoot strike, but habitual heel strikers can also use this shoe while tinkering with their form. While there’s essentially no ground feel through 20mm of midsole, GoLite’s Soft Against the Ground (SATG) technology makes it feel like there’s a firm surface underfoot at all times, instead of having the cushioned feel of traditional trainers. SATG basically turns traditional footwear construction upside down: the soft part of the midsole is closest to the ground to absorb shock, and the firm platform helps rearfoot stability while providing the feel of hard terrain that minimalist runners crave. The overall effect isn’t nearly as good as actually feeling the ground, but it’s a nice compromise considering there’s so much midsole beneath you.

Under the midsole, the Amp features a Crossover outsole that is designed as for all-purpose road and trail running. It has GripStick rubber for traction on slick surfaces, and is formed with wedge shapes that help with shock absorption and stability on hard terrain. GoLite markets this shoe as a trail runner, but the tread isn’t so knobby that it’s out of place on the roads, so jogging through the neighborhood to get to the trailhead isn’t a big deal.

Considering that this is their first foray into the natural running arena, GoLite has put together a very compelling shoe with the Amp Lite. It offers some nice innovations that are new to the market, and achieves its goal of being an intermediate step between traditional and minimalist shoes. From that standpoint, the shoe is a success. My biggest question is whether this particular niche is big enough for the shoe to be a long-term stalwart in the running shoe industry.

After all, at some point most “transitional” runners (or as I like to call them, the bare-curious) will gravitate fully towards minimalist footwear, or revert back to traditional trainers. The Amp is too much shoe for the first group, and not enough for the second. Throw in the fact that it’s designed primarily for men – as mentioned, the women’s equivalent will be reviewed here this fall – and you can see how this shoe won’t be threatening Nike for market share anytime soon.

Personally, I hope it sticks around for a while, because I think it serves an important purpose in a way that no other shoe on the market currently does. Hopefully, that will be enough for the Amp Lite to succeed.

GoLite’s Amp Lite retails for $109 with free overnight shipping from Endless.com as well as other online vendors. 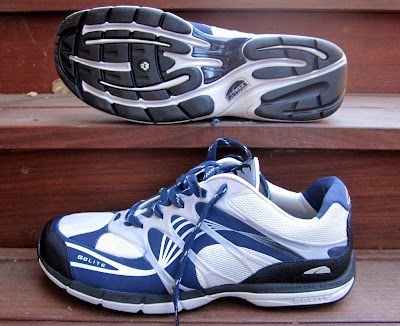 *Product provided by GoLite Footwear
**See other product reviews on sidebar at right. If you have a product you’d like reviewed, contact me at [email protected]