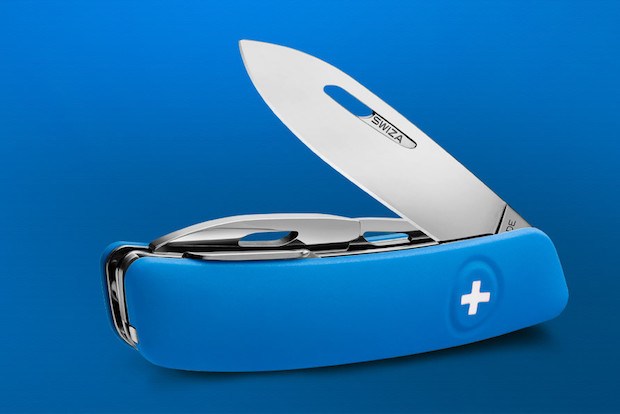 When a company that has spent more than a century making watch movements for a wide variety of timepieces claims that they have “reinvented the Swiss Knife” it’s hard not to be skeptical. But when that company is SWIZA – Switzerland’s largest clock manufacturer – it is also hard to ignore. That bold claim came our way courtesy of a press release this morning, and after giving their new design a thorough look, I’m inclined to agree with them. At least to a certain extent.

Working with a design company out of Zurich, SWIZA took on the daunting task of updating the century old knife design made famous by Wenger and Victorinox and has managed to create something that looks like it improves on both form and function. Claiming to be more ambidextrous than its predecessor, the new “D” series of knives feature a sleek, modern-looking, ergonomic grip that should feel more natural in the hand. Available in five models, each of which comes in four colors, the knives all feature a locking 440 stainless steel blade and come equipped with as few as four onboard tools or as many as seven. 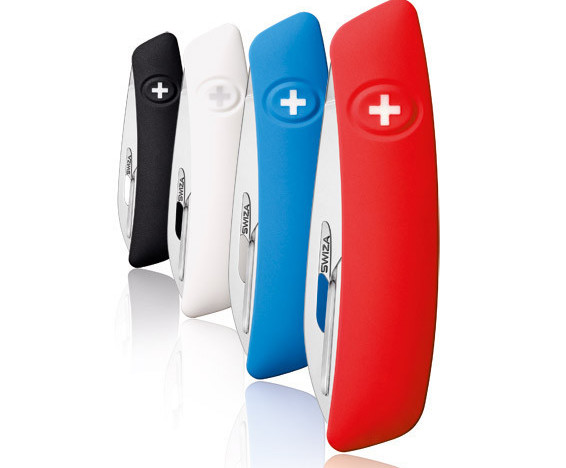 Starting at roughly $21 USD, there is no word yet on when these knives will actually be released in the United States. Either way, SWIZA is facing tough competition in the form of Victorinox, which is an absolute giant in the Swiss Army Knife industry. When Victorinox acquired Wenger in 2005, they solidified their presence as the largest and most successful pocket knife maker in the world, and their products are deeply rooted in military, law enforcement, and outdoor culture.

SWIZA has a lot of work to do if they want to succeed. They have a great looking product here however, and I hope they are given the chance to gain some ground. Time will tell.