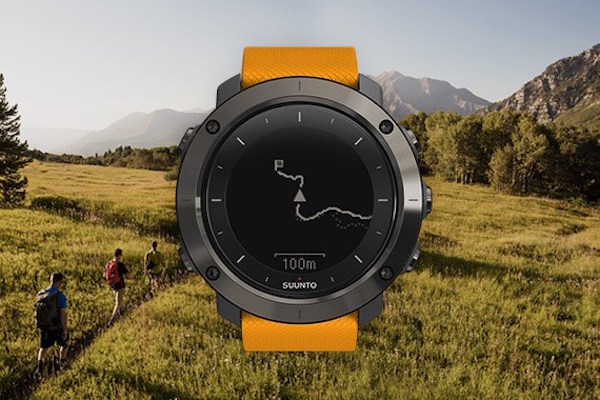 Having GPS navigation on your wrist is nothing new, as a number of companies have been producing watches with those capabilities for years. But the user interface on those devices have often left a lot to be desired, sometimes making it a real challenge to use those route-finding features effectively. But Suunto is hoping to change that with the release of the new Traverse watch, a timepiece designed specifically with hikers and backpackers in mind that promises to make backwoods navigation much easier.

Building on Suunto’s already well-known heritage for making excellent outdoor watches, the Traverse comes packed with a host of features. As you would expect, in addition to its time keeping capabilities, it can also track distance traveled, direction, speed, altitude, pace, and total ascent. Its built-in barometer can also warn of changing weather patterns too, and alert the wearer of incoming storms. Beyond that however, the Traverse also uses GPS timekeeping and DST adjustment to automatically set your time based on your current location, and it can provide sunrise and sunset times as well. It even includes a fitness tracker capable of counting your steps and number of calories burned in a day, while also passing along alerts and notificaitons from a paired smartphone.

But it is the new navigational abilities that Suunto is trumpeting the most. The Traverse has been built to make it easier than ever to find your way through the backcountry using GPS tracking now, with the intent of adding GLONASS support through a future software update. That means no matter where you go in the world, you should be able to pick up a good satellite signal. The new user interface makes it easier than ever to access navigational tools and mark points of interest, while the real-time “bread crumb” tracking makes it a breeze to retrace your steps should the need arise. On top of that, detailed topographical maps can be viewed online at Suunto’s Movescount website, where Traverse owners can plot their routes aheat of time and then transfer them directly to the watch.

Suunto says that the Traverse features a new GPS antenna that has allowed for a more streamlined design of the product. That will come as good news to those of us who have worn GPS watches in the past and found them to be thicker and bulkier than we would typically like. The watch is also made from lightweight composite materials that are also said to help with trimming down the case and keeping it more svelte too. 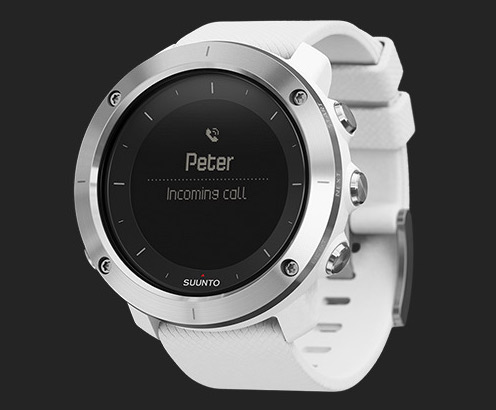 Waterproof down to 100 meters and with a battery life of 100 hours while in GPS mode, the Traverse is available in three colors – black, white, and amber. A fourth color – graphite – is available in the U.S. only. All models of the watch carry an MSRP of $450.