Sony Gets Serious About Drones 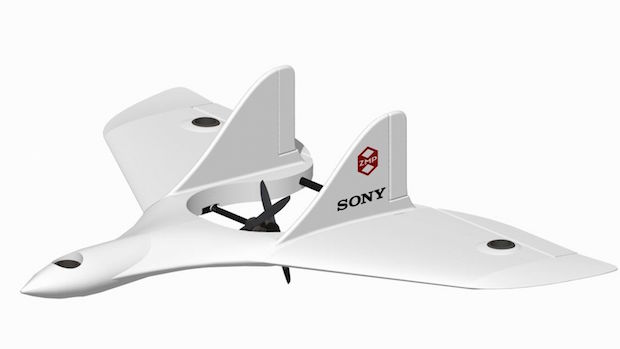 With a recent announcement, Sony has set the bar for a new generation of drones with a 65 mph prototype that can fly for up to 2 hours on a single charge of its battery. Presently called DTO1-E, the drone looks like an airplane but incorporates a special propeller that rotates up and down to allow the drone to take-off and land vertically, as well as hover. If that wasn’t enough, it can carry up to 22 lbs., which is significantly more than other commercially available models.

The drone is officially produced by a company called Aerosense through a partnership between Sony and Japanese ZMP. The partnership draws on Sony’s imaging, sensing, and networking technology utilized in its mobile phones, and ZMP’s expertise in robotics. The race is on against global competitors such as Japan based Yamaha, Australian firm Flirtey, DJI and even GoPro who is said to be releasing its own flying machine around December. 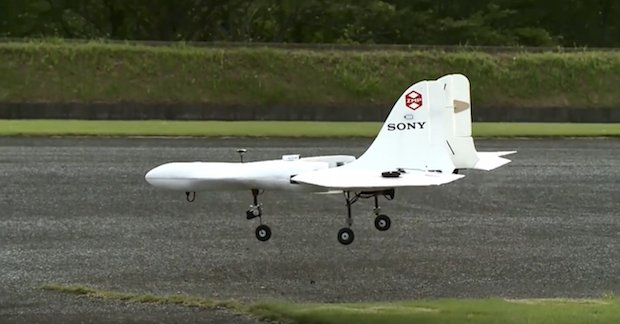 The design incorporates features common to a plane and helicopter to produce this powerful hybrid. The prototype resembles Lockheed Martin’s F-35B aircraft that looks like a jet but can take off and land vertically. The propeller is set in the center of the body on a swivel that allows it to face up and down. When the device lifts to altitude, this propeller then rotates forward and mimics the action of props on regular planes to produce powerful forward momentum. In other words, the DTO1-E can hover like a quadcopter and fly like a plane.

Unfortunately, Aerosense announced that this model will only be available commercially, and not directly to consumers. Drone use has already become common in markets such as recreation, film, and photography, and it is being tested for delivery services as well. Companies such as Amazon, Google, and Fastaway Couriers are already openly testing package delivery drones and lobbying for their use. However, Sony is looking to capitalize in areas where drone use is still new. Specifically, the DTO1-E drone is designed for “measuring, surveying, observing, and inspecting” areas that are difficult to reach or dangerous such as construction or surveying of land. They will available to large organizations but not for personal use. 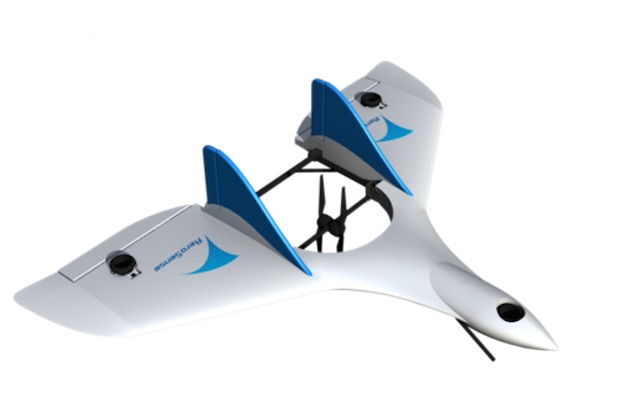 In the video below you can see the drone being flown by a pilot, but there may be even more for this drone that meets the eye. There are hints that it could be an autonomous machine. Hisashi Taniguchi,chief executive of Aerosense and ZMP is quoted as saying “By making them automated, drones will be considerably safer because many of accidents today are caused by human error.” So it looks like those of us who enjoy flying these devices recreationally may have to release the controls, but it will be interesting to see what the limits of pre-programmed flight will be, and where this technology can take us in the future.

Other drone coverage on Gear Institute: