Solar Paper Recharges Your Gadgets Using Only the Sun 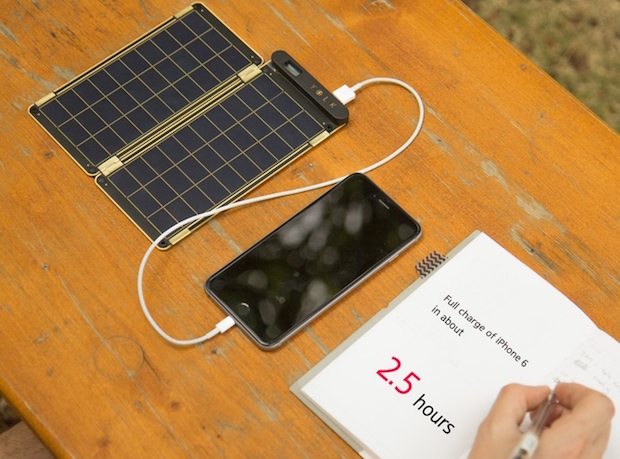 Finding ways to keep our favorite electronic devices charged while on the go has become a challenge that we are all forced to deal with on a regular basis. Who amongst us hasn’t found themselves in desperate need of a cell phone recharge at some point, without a wall outlet anywhere in sight? It can happen at the most in opportune times, and it can also be very frustrating. But a new product that debuted on Kickstarter a few days back is looking to change that by providing a thin and lightweight charging solution that can go with us anywhere, and uses solar power to keep our gadgets running.

Dubbed Solar Paper, this new charger uses high capacity photovoltaic panels to collect light from the sun and convert it to power that can then be used to charge any device capable of being powered using a USB connection. That includes smartphones, tablets, digital cameras, GPS devices, headlamps, and so on. The power can even be stored in a portable battery pack for use as needed at a later time. 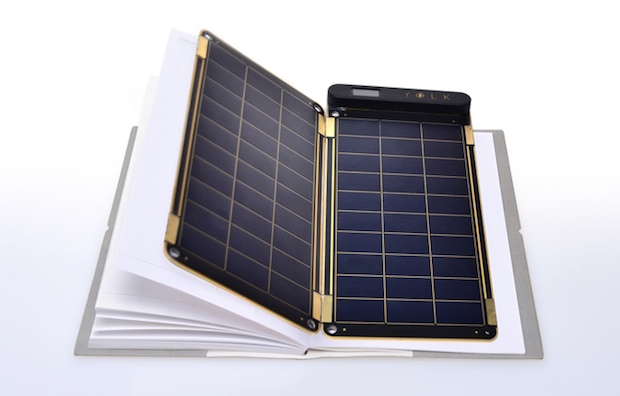 Of course, solar chargers aren’t really anything new. We’ve seen plenty of companies offer them in the past, including some excellent products from Goal Zero that are frequently used on expeditions to remote parts of the world. But what sets Solar Paper apart from the competition is that it is incredibly small and light. In fact, it gets its name because it can actually be slipped inside of a notebook or day planner. The device measures a little less than 7.5 inches in length, and 3.5 inches in width, which makes it more portable than similar chargers we’ve seen in the past. But perhaps even more amazing is that this device is less than a half-inch thick when closed, and weighs just 4 ounces.

Despite its diminutive size however, the Solar Paper doesn’t compromise on charging capacity. Reportedly, the device is capable of recharging a smartphone in just 2.5 hours, which is about the same speed as a standard wall plug. Better yet, the capacity of the charger can be increased by adding extra solar panels that connect using a clever magnetic clasping system. This gives it the ability to charge larger items such as a full-sized tablet, and makes it a more versatile charging system.

When the Solar Paper Kickstarter campign was launched, the developers of the product were seeking $50,000 to bring their product to market. They blew past that goal in a matter of a few hours, and have now garnered over $575,000 with more than three weeks to go before the campaign wraps up. That means that the first chargers can begin shipping to backers as early as September. And since the device has easily reached its stretch goals as well, early adopters will also receive four carabiners to attach the charger to a backpack and a handy carrying case to help protect the device when not in use.

This looks like a fantastic solar charger for travelers in particular. If it lives up to the hype, it could be a great way to keep your smartphone or other gadgets fully charged no matter where you go. When it hits the market in a few months time, the Solar Paper is expected to carry an MSRP of $120 for a model that includes two solar panels and can generate 5 watts of power. Additional panels that expand charging capacity will cost about $40 each. Kickstarter contributors can order one now at substantially reduced prices however.