Snow Peak’s New Camp Stoves Are A Stroke of Genius

Japanese gear company Snow Peak has just introduced two new innovative camping stoves, and to say that they feature unique design elements would be an understatment. The new BiPod and GeoShield stoves join the company’s impressive line of existing products, but still manage to carve out their own idenity thanks to some creative choices on the part of Snow Peak’s designers. 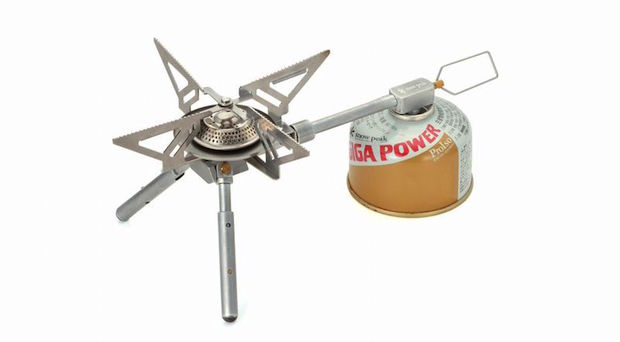 For example, the BiPod Stove has been built specifically with minimalist backpackers in mind, and pleasing that crowd generally involves making your gear as light as possible. The BiPod tips the scales at just 7.76 oz, and Snow Peak was able to achieve this by doing away with one of the stove’s adjustable, telescoping legs in favor of using the fuel cannister to prop itself up instead. The diminutive stove is made out of stainless steel, and is capable of supporting large frying pans or cooking pots as well. It even comes equipped with a built-in auto ignition, and is reporteldy capable of boiling water in as little as 4.5 minutes. 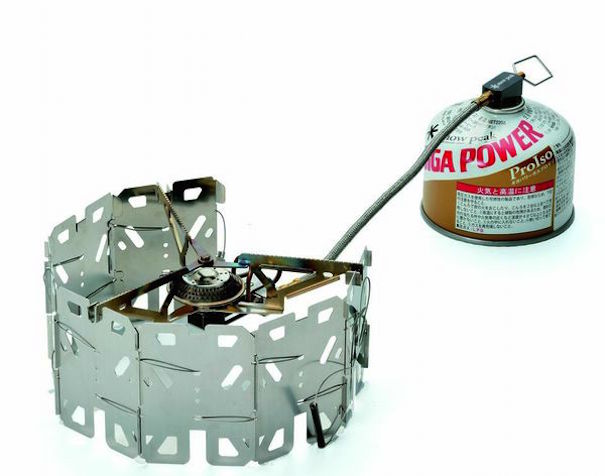 Snow Peak’s other new product is the GeoShield Stove, which was designed for mountaineers looking for a lightweight cooking solution to carry with them on their adventures. This stove features a wrap-around wind screen that provides protection to the flame, without adding undue bulk to the package. The GeoShield supports both upright and inverted fuel canister positions, weighs in at less than one pound, and is capable of bringing water to a boil in three minutes and 15 seconds.

Both of these stoves are affordably priced and available now from the Snow Peak websiite. The BiPod model will set you back $89.95, while the larger GeoShield Stove comes with a price tag oft $99.95.