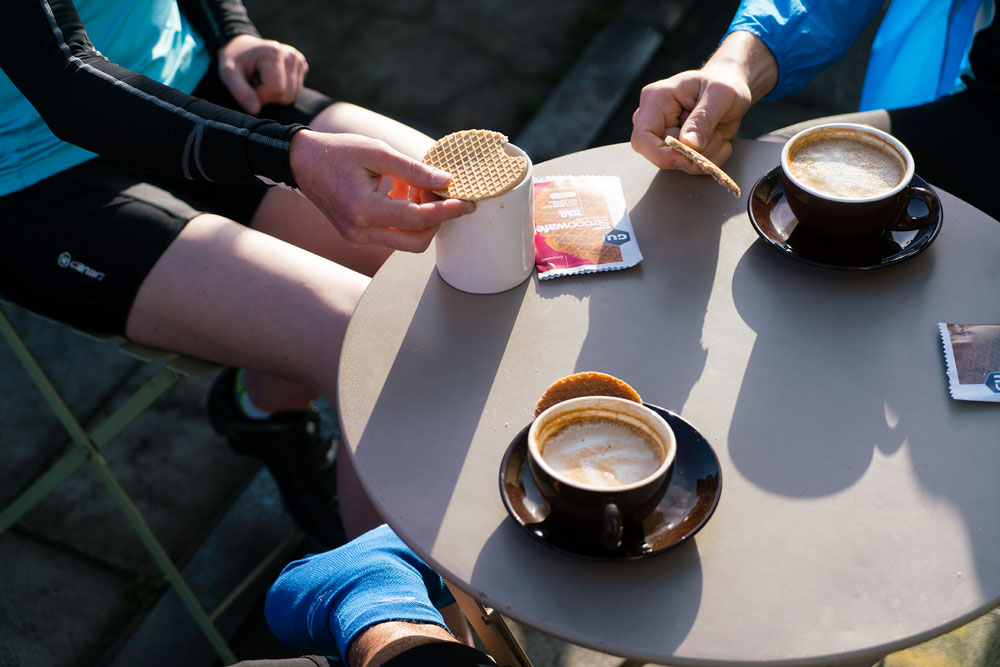 GU says its new Energy Stroopwafel is “the sports nutrition answer to what to eat for breakfast before training or as a mid day pick-me-up,” providing the same carbohydrates, amino acids and electrolytes as a GU Energy Gel with the added boost of a delicious “cookie.”

It can be used in place of gels for all-day performance during a marathon, a multi-pitch climb, or a four-day, 400-mile bike ride across Colorado and Utah.

So to help bear out the concept, we embarked on such a ride, and enlisted the comraderie of Brian Vaughan, CEO of GU, who started the company with his father William Vaughan back in 1994 when they invented the “gel” category.

Bill Vaughan was a biophysicist from Cal Berkeley who was incredibly curious about human performance, Brian said, and enlisted his two ultra-athletic children as guinea pigs to help prove his nutrition experiments. Vaughan was actually involved with PowerBar at the time, born a decade earlier, and between them and Gatorade, as well as Cytomax was starting to come on the scene, sports nutrition had a very different face. GU went on to become the category and scientific leader for years, along with brands like Clif Bar and then others catching on to a less sugary way to fuel and hydrate during exertion.

“We wanted to extend the time that we’re relevant with an athlete,” Brian Vaughan told me on our ride. “We have them right before, during and right after with most athletes, but the Stroopwafel is a product that we can be an hour before or an hour after…it’s more food, more substantive than a gel or a drink or a tablet or a chew.”

“The stroopwafel is a wonderful cultural, social component, and we wanted to be involved in that aspect of the athlete’s diet,” Vaughan admitted. “And so we’re essentially putting GU in between the two cookies, instead of a caramelized sugar. We’re taking the approach that, as you fortify these foods, you not only improve performance but minimize the damage that we do to our bodies.”

Vaughan’s, and GU’s, philosophy is that sports nutrition is best addressed when you look at the components the body needs, and then add those to consumables as part of a plan that is focused on what the body is consuming. He also said to be on the lookout for even more functional foods such as a nighttime protein booster, which deliver nutrients to the athlete not during, but well before or well after an exertion- event. “We’re trying to be holistic about the nutritional needs of athletes through GU’s Nutrition Matrix,” Vaughan said at the end of day three of our 400-mile ride.

Honey Stinger started making its waffles in 2010 after Lance Armstrong brought the idea to them after racing in Europe and eating stroopwafels, which date back to at least 18th century Netherlands, and the concept has proven hugely delicious and effective in fueling cyclists. At least one other brand called Untapped has since introduced a very similar product in the sports world; but many brands produce them as simply a traditional soft snack cookie, which can be found at World Market and other such places.

After multiple days and dozens of miles of repeated use, the Energy Stoopwafel continued to be easy to eat and easy to digest.

GU is launching its waffle in four flavors: Salty’s Caramel, Salted Chocolate (GF), Caramel Coffee (with Caffeine) and Wild Berries (GF with Caffeine). Energy Stroopwafels come in boxes of 16, individually wrapped, at $22.50 for gluten full and $24 for gluten free.

The gel-filled creation is fortified, according to Vaughan, with the nutrients needed to power performance: carbohydrates (complex and simple carbohydrates provide immediate and long-lasting energy); essential amino acids (prevent mental fatigue and repair muscle damage during long-duration activities); and electrolytes (replenish what’s lost when you sweat).

GU even provides free nutritional planners on its website for your upcoming competition. On our ride, GU had me consult with a completely independent (non-brand biased) sports nutritionist – a generous offer that showed their enthusiasm to truly help athletes, of course hopefully with their product, but again going back to their holistic approach and we felt no pressure to gobble GU alone.

Interestingly, the original Gel packaging designed by the Vaughan’s has not changed to this day, and has been successfully mimicked by every other brand making a gu/gel. The Vaughan’s overarching ethos and desire is to be as environmentally sustainable as possible, and all GU products except the waffles are made in the U.S. 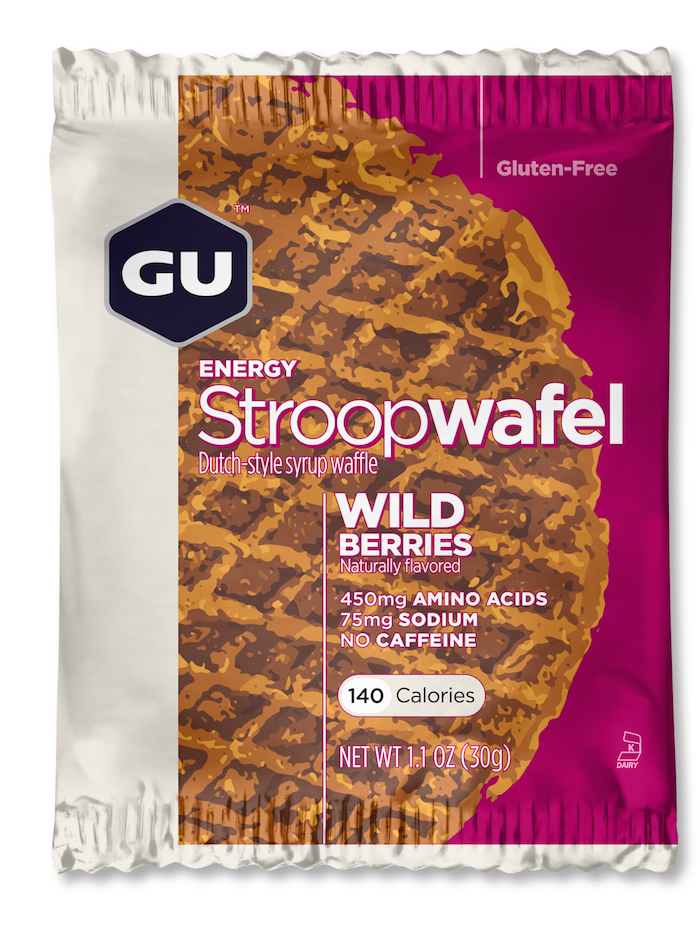 Their focus to this day remains on the performance athlete.

I can’t say for sure that the brand’s new Stroopwafel helped me perform on the ride, but it definitely didn’t hurt. And I used them in conjunction with other GU products, other Honey Stinger products, NUUN drink tabs, and Skratch lab products to fuel my way to the Outdoor Retailer trade show, feeling extremely grateful to all of these brands I’ve had the pleasure to get to know and experiment with over the years.

Given my druthers, I take stroopwafels almost every time over other fuels on the bike, especially with a nice espresso sitting down with friends before and after my ride. 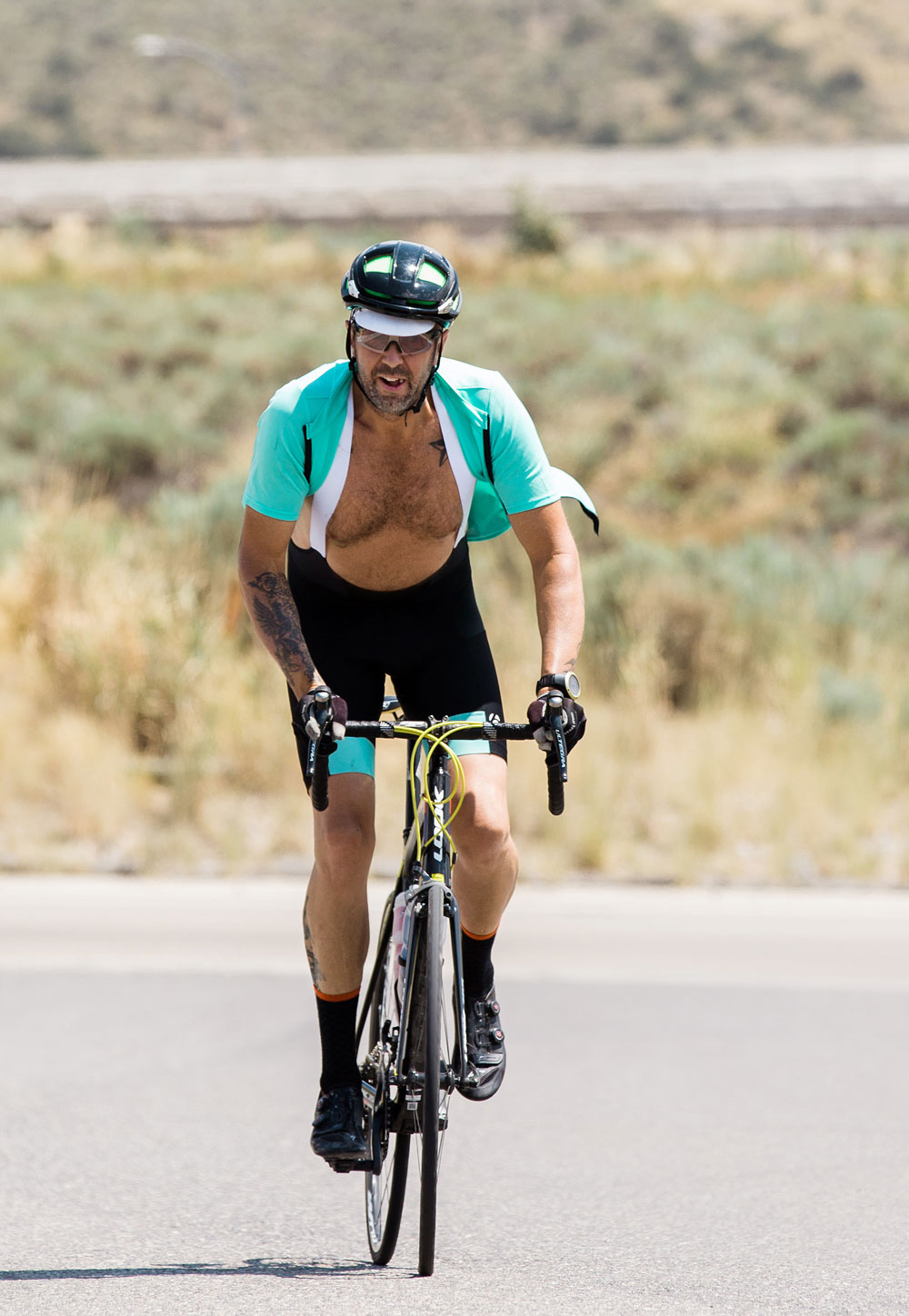