Ride Like A Tour de France Pro In These Cycling Jerseys 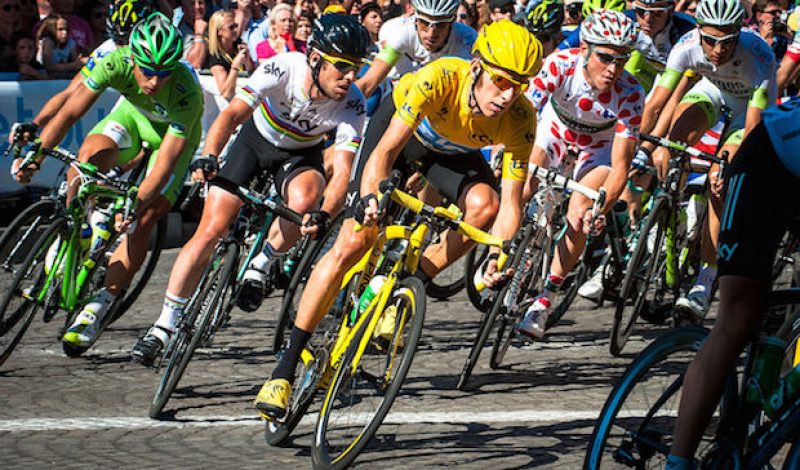 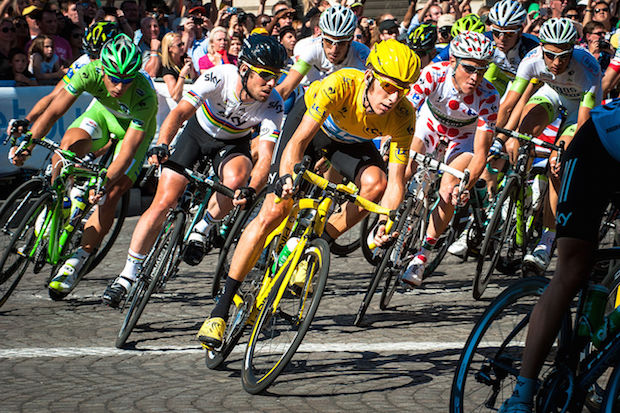 Everyone knows that the famous maillot jaune, or Yellow Jersey, is worn by the race leader in the Tour de France. But did you know that there are three other jerseys that the riders are competing for out on the road as well? Those jersey are awarded to the best sprinter, climber, and young rider in the race, and they are each highly coveted in their own way.

Most of us will never get to ride on Le Tour, let alone come close to wearing any of the actual jerseys ourselves. But a company called Le Coq Sportif makes replica jerseys that will at least allow us look like we belong on the roads of France alongside the likes of Mark Cavendish, Chris Froome, and Peter Sagan. Here’s what each of those jerseys looks like. 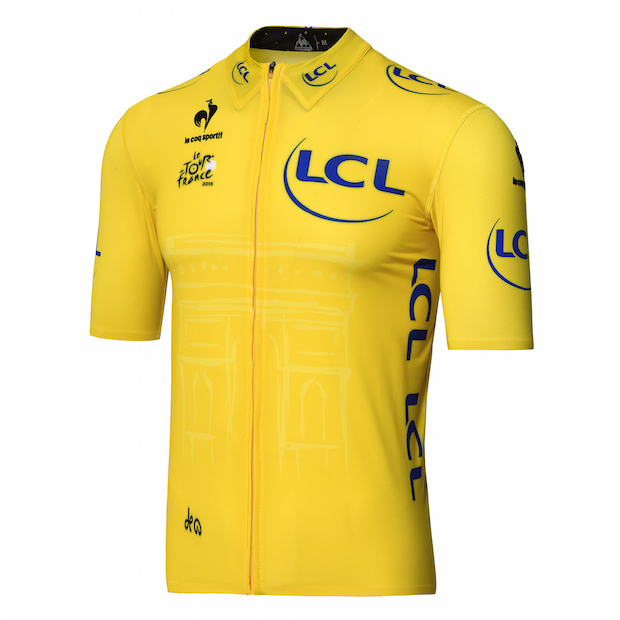 Yellow Jersey
As mentioned, this is the legendary jersey worn by the race leader both out on the road and at the end of the race. It is given to the rider who has the best time over the accumulated stages of the Tour. To win this jersey a cyclist must be an all-around good rider with a mix of speed, endurance, and climbing skills. Wearing Yellow is the single highest honor in the sport of cycling, and something that every rider dreams of. 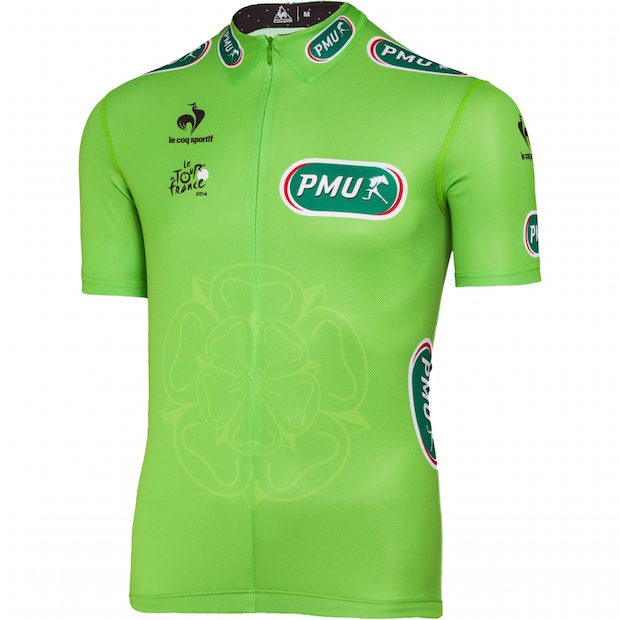 Green Jersey
The coveted Green Jersey is awarded to the best sprinter in the race. These riders specialize in speed over a short distance, and battle one another at various check points out on the course where they can earn points based on who gets to the line the fastest. Whoever has the most accumulated points gets to wear Green. If a rider wants to win this jersey he must have explosive power that will allow him to out accelerate all challengers. 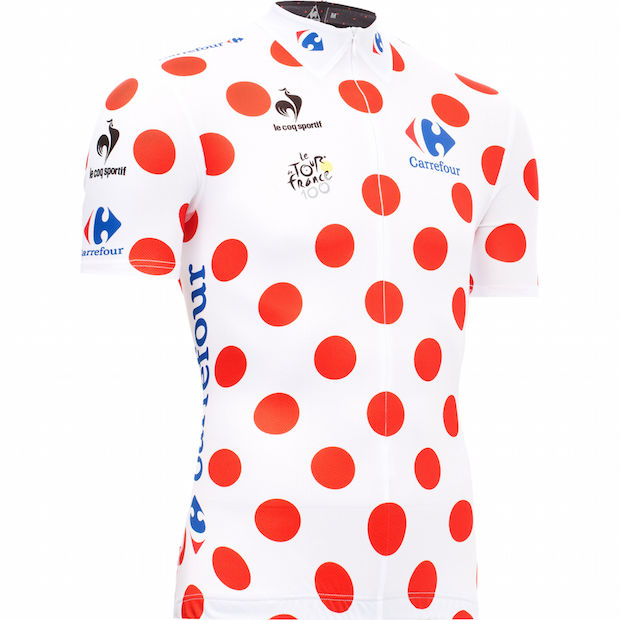 Polka Dot Jersey
Awarded to the King of the Mountains, the Polka Dot Jersey goes to the best climber on the Tour. Much like the sprinters, the climbers are able to collect points for passing through certain checkpoints along the route. The one who has the most points earns the Polka Dots. Climbing the big mountains of the Alps and Pyrenees requires strong legs, powerful lungs, and an iron will. It also helps if you can ignore pain. 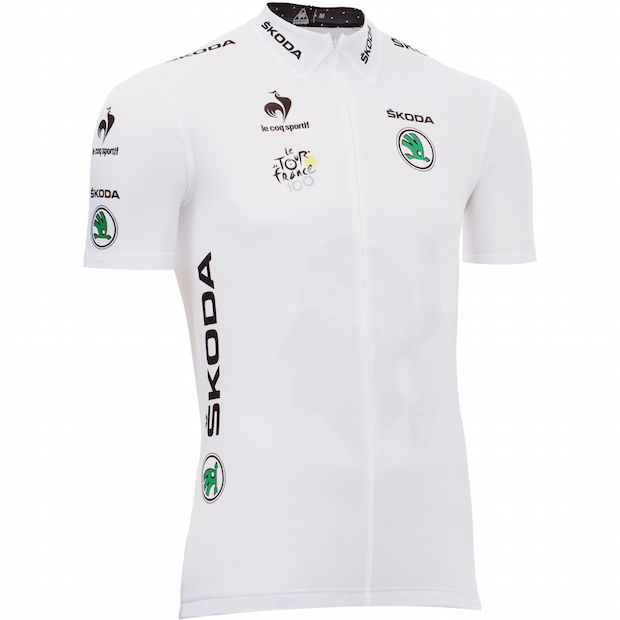 White Jersey
Given to the best rider under the age of 25, the White Jersey often indicates which cyclists are showing the most potential for future Tour glory. Much like the Yellow Jersey, this one is awarded to whoever has the overall best time over the accumulated stages, and falls under the age limit of 25, at the time of the race.

Each of these jerseys is available to purchase online at a variety of outlets, with a price tag of about $65.