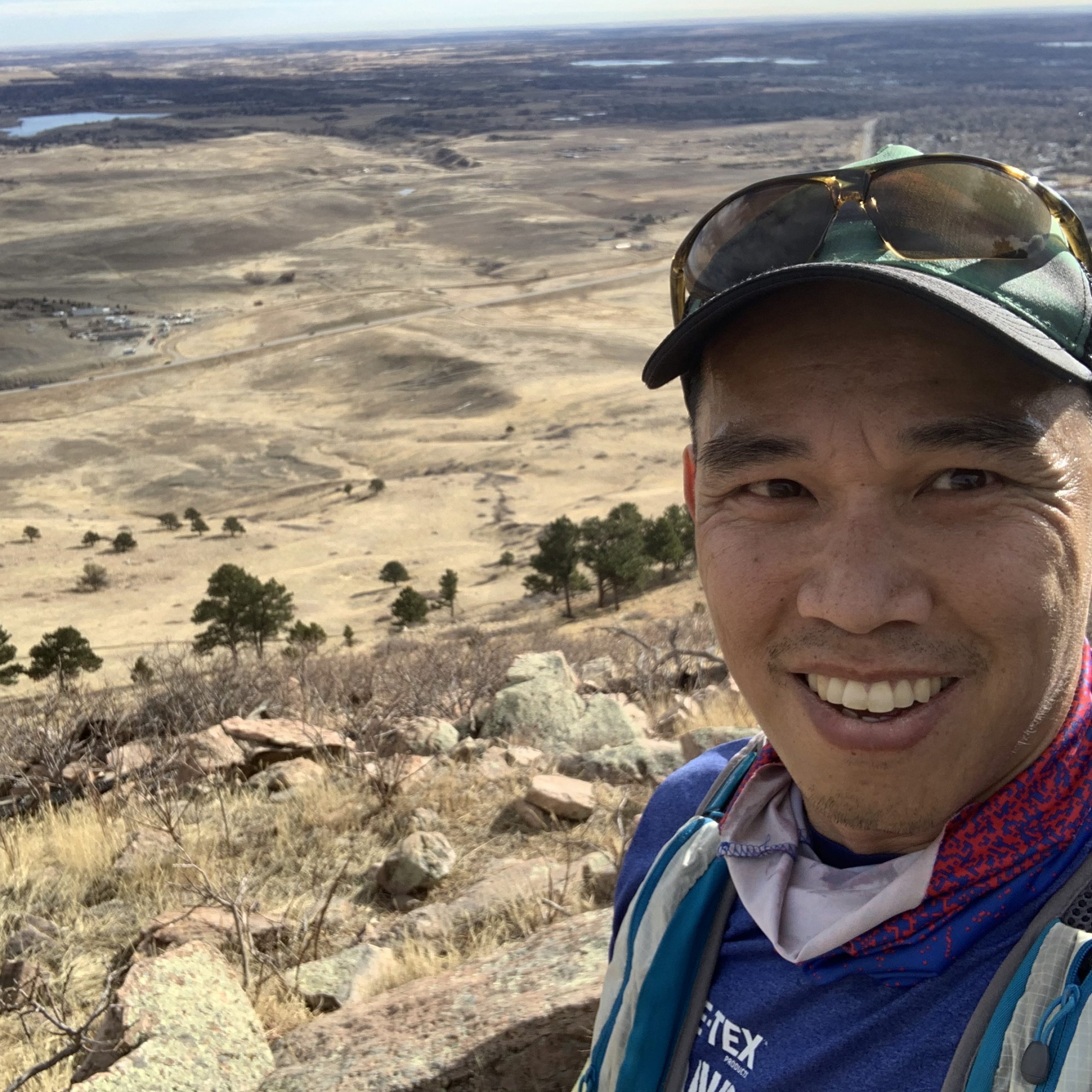 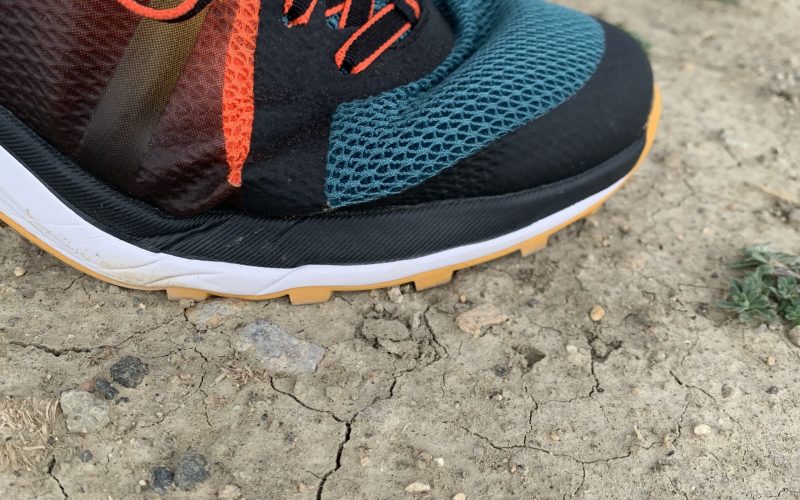 The C-M Escape Pursuit is a pretty simple, lightweight shoe for easy trail running or light hiking.  The midsole delivers a soft, cushioned ride thats comfortable and sensitive.  It might be both good and bad that the C-M Escape Pursuit has excellent ground feel for bouncing around on technical trails.  Not only can you feel everything under your feet, but it allows you to place them precisely where you want without such a clunky feeling shoe.  I enjoyed the simplicity of the flexible upper.  It is lightweight and the forefoot is breathable, but with the glued overlays you still get a sense of security and structure.

I wasn't much of a fan of the overall fit of the C-M Escape Pursuit.  The general shape of the shoe is long and narrow.  Granted, it was able to accommodate my wide foot but not without some side bulging.  In addition, the forefoot had an excess of material (i.e.-volume) which seemed to create these odd folds and hotspots through the forefoot (see pictures). In addition, I found the ankle collar too high for my ankle or the heel cup may have been too deep.  Either way, when the C-M Escape Pursuit was fully laced up, I could feel pressure on my ankle bone in flexion or eversion.  Essentially, as I ran on anything that wasn't flat, I would feel pain or pressure because of the cut of the shoe around the ankle.  Lastly, it is worth mentioning that although the Escape Pursuit has a full rubber outsole, it lacks any aggressive tread for mountain running on technical trails or the grip to inspire confidence when the elements turn sour.

I will start by saying that I used to be a fan of Montrail shoes and boots well before they became Columbia Montrail.  That said, I feel like what used to be high quality Montrail shoes have since declined.  I wasn't a big fan at all of the C-M Escape Pursuit.  It seems like a poorly designed generic running shoe with some lugs on the outsole.  I really tried to like them but I found it difficult mostly due to the poor overall fit of the shoe.  Perhaps if you have a narrow, high volume foot, this might be the perfect shoe for you.  However, this was not the case for me.  I could see the Escape Pursuit as a shoe for beginner trail runners or someone who likes to hike but wants a lighter shoe rather than a heavy hiking boot.  From a performance standpoint, the midsole cushion has some redeeming qualities that provide sensitive ground feel and comfort for shorter runs.  The Escape Pursuit is also a fairly light shoe that is more springy and less clunky feeling.  I could also see wanting to go faster in these shoes on smoother trails.  However, unlike some of the other shoes I've tested this year, I wasn't inspired to run longer in the Escape Pursuit.  After some of my runs in them, my feet felt more beat up than usual.  I attribute this to the soft midsole which gives great ground feel but left me feeling more tired.  Perhaps the lack of any rock plate for protection and the torsional flexing of the shoe also played a role in this.  I can't say that the Escape Pursuit is a shoe I'll be keeping in my quiver of shoes any time soon.

As I mentioned previously, the overall fit of the Escape Pursuit does not work well for my foot.  It is worth mentioning that I was sent a half size bigger than what I normally wear so I'm guessing the shoe runs a tad short.  This made the fit a bit more sloppy than I would normally expect, but, with my foot already bulging out the sides, I couldn't imagine wearing my regular size in this shoe.  As I mentioned, the forefoot volulme didn't work well when flexing at the toes or when sidestepping along a slope.  The excess material had a tendency to bunch up and fold in ways that created hotspots on my foot and could eventually wear down prematurely.  Also, I wasn't a fan of the fit around the ankle collar.  I don't know whether the heel cup is too deep or the ankle collar was cut too high.  Either way, the pain or pressure I feel when running on anything other than flat ground becomes unbearable after awhile.

The C-M Escape Pursuit has a soft ride with excellent ground feel under foot, while still providing enough cushion for comfort.  The midsole is light and springy which makes you want to go faster. Turnover is easy and efficient and lacks that clunky feel I get with a lot of other shoes. The downside to the soft ride of the Escape Pursuit is that it lacks some support in the form of torsional rigidity.  This is perfect if you're into barefoot running or if you only run shorter distances.  Given the nature of the ride of this shoe, I would recommend using it on mostly packed dirt or smooth singletrack trails that don't require lots of technical running.

TRACTION/PROTECTION (For trail shoes only) 4/10

I found the traction of the shoe to be a low point.  Despite the full rubber outsole, I wasn't inspired to take on any super technical trails when I found myself slipping around on desert slickrock.  It wasn't much different for the muddy mountains of Colorado either.  In my opinion, the lugs could be slightly bigger and more aggressive, but again, that would stray from its generic nature and actually make it stand out as a good trail shoe.  That said, I spent the majority of my time in the Escape Pursuit running on easy singletrack or dirt roads with minimal time on anything rocky.  The upper offers some decent protection and structure in the form of overlays along the side.  These did better than I thought at holding my foot in place.  Running through water and mud, my foot was immediately drenched; but, on the other hand, the shoe drained itself relatively quick.