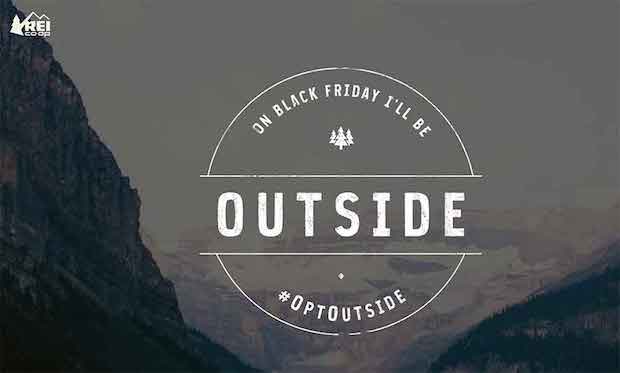 Last year, gear retailer REI made headlines across the country when it announced that it was closing all of its brick and mortar stores – and suspending operations on its website – on Black Friday, one of the busiest shopping days of the year. Instead of taking part in the annual display of consumerism, the company elected to give its employees the day off and encouraged its customers to head outdoors instead. The promotion turned out to be a massive success, garnering plenty of publicity and goodwill for REI, and spawning the hashtag #OptOutside, which became a rallying call for outdoor lovers everywhere. Now, the retailer is doing it all again, and this time it won’t be alone.

Considering how popular the #OptOutside campaign was last year, it should come as no surprise that REI was quick to announce that it would be closing all 149 of its retail outlets, and give its more than 12,000 employees, a paid day off, once again. After all, by not taking part in Black Friday last year the company gained tons of positive press, even from media outlets that wouldn’t typically cover anything to do with outdoor gear.

But over the course of 2016, the #OptOutside movement only seemed to pick up steam as outdoor enthusiasts everywhere used the hashtag onto social media posts while sharing their own active adventures. In fact, it is estimated that more than 1.4 million people have used the tag, in the process generating an astounding 1.2 billion social impressions for REI. 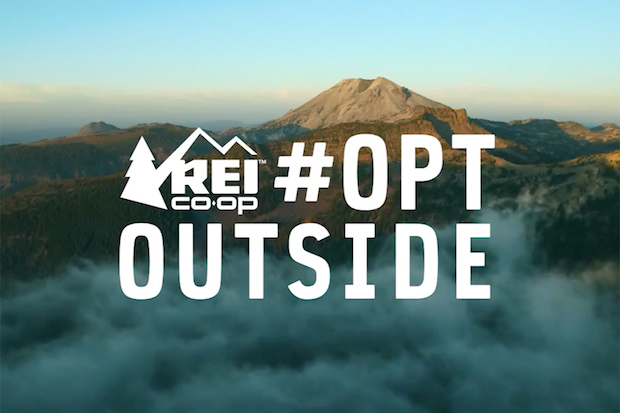 As Black Friday rolls around again this year, the #OptOutside campaign is in full swing once again, and it isn’t just REI that is driving it. In fact, nearly 500 other organizations are joining in on the fun, encouraging even more people to skip the shopping malls and go outdoors on the day after Thanksgiving instead. Among them is the National Park Service, which is offering free entry into its parks on that day, as are a number of states – like Michigan and Delaware. Other outdoor brands are getting in on the action too, with Burton, Keen, Prana, Subaru, Yeti, and others all promoting the #OptOutside manifesto as well.

Last year, it was refreshing to see a major reatiler like REI deciding to not take part in Black Friday, and remain closed on Thanksgiving too. This year, it is great to see that this is turning into a holiday tradition. Hopefully others will continue to follow suit, as I know that I’ll definitely #OptOutside once again. How about you?