Reflections on the Life of Ueli Steck 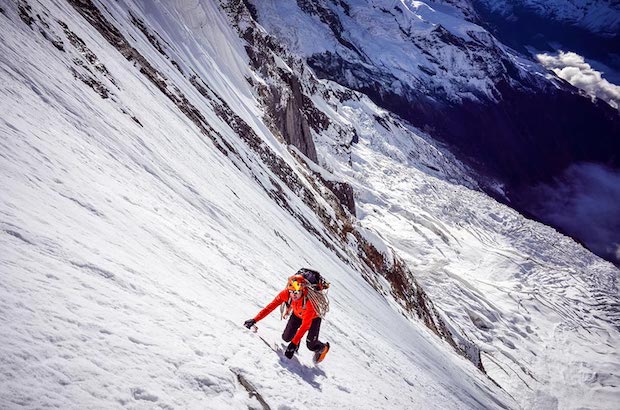 Accomplished Swiss alpine climber Ueli Steck was found dead on April 30th at the base of the Nupste Face, near Camp II of Mt. Everest. The “Swiss Machine” – as he was known – was acclimatizing for an attempt on Everest via the 1963 Hornbein-Unsoeld route along the West Ridge. But that was just the start of the project, as Steck had planned to descend the normal South Col route, then link to Lohtse’s normal route for the first ever Everest-Lhotse traverse. The Himalayan Times reported that 40-year-old Steck was last seen at 4:30 am ascending Nuptse.

Born in Langnau in the Emmental Valley of Switzerland, Steck was the youngest three sons. The Steck brothers all pursued hockey early in life, as was customary for youths of Langnau. One of the Stecks was even good enough to advance to the professional ranks. Ueli was introduced to climbing by a family friend on the limestone peak of Schrattenfluh, and quickly dedicated his efforts in the direction that would later define his life. By the age of 16, Steck had nearly achieved the hardest rock climbing standards of the day, at 17 he ticked his first alpine route on the east pillar of the Scheideggwetterhorn, and by 18 he had made his first ascent of the Eiger’s north face, a mountain he would obsessively dissect and repeat in the years that followed. These fast and highly calculated repeats eventually catapulted him into the limelight.

Steck first broke the Eiger north face speed record in 2007, notching a time of 3 hours, 54 minutes, and shattering the former record of 4:40 set by Italian Christoph Hainz in 2003. But feeling he could still improve on that mark, Steck specifically trained for the ascent and posted a time of 2:47 in 2008. Fellow Swiss climber Dani Arnold smashed this time in 2011 with a 2:28, utilizing some aid, contrasting the style of Steck’s previous record, which was achieved entirely free. Steck eventually conceded to pulling on gear, culminating in a time of 2:22:50 in 2015, admitting that this style was safer and made more sense. 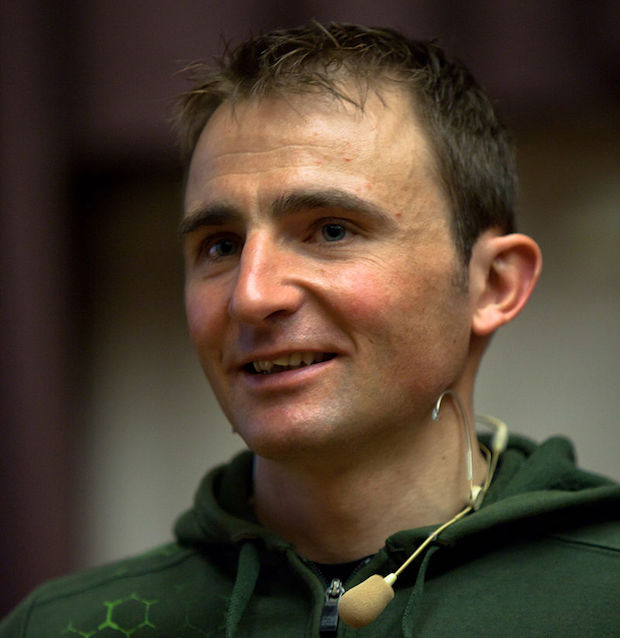 Steck’s solo speed climbing exploits on the Eiger serendipitously coincided with the explosion of YouTube, Vimeo and social media in general. The risk and excitement of his ropeless endeavors clearly struck a chord with the non-climbing public who were enthralled with his exploits. This allowed the man who had worked as a carpenter to pursue a livelihood through sponsorship. It also mandated a certain level of fame, something that never seemed to sit well with the humble son of a coppersmith. Steck also employed an Olympic coach and physical therapist, a rarity amongst mountaineers at the time, further enhancing connections with the athlete loving public. Media outlets played back parts of his 1200 annual hours of training, placing Steck in the public eye even when he wasn’t actually crushing records. The moniker “Swiss Machine” squarely landed on the reluctant star thanks to a 2010 Sender Film production of the same name.

Steck summited and broke speed records for other prominent peaks and carried his fast and light mantra into the 8000-meter mountains and big rock faces worldwide. Steck received two Piolet d’Or awards for some of his more outstanding mountain achievements. First in 2009 for the first ascent of the north face of Tengkampoche (6500m, Nepal) with Simon Anthamatten via a route they called Checkmate (AI 5 M7 5.11+ AO, 2000m) and again in 2014 for a 28-hour speed solo ascent of the 3200m south face of Annapurna, which was the first solo ascent of that face. In 2015 Steck enlisted various climbing partners to summit all 82 peaks in the Alps over 4000 meters, transferring between mountains via cycling, running and paragliding. He wrapped up that project in an incredible 62 days. In 2012, Steck also summited Mount Everest without supplementary oxygen and a year earlier he made a solo summut of Shishpangma (8013m) in just 10.5 hours.

Although Steck seemingly took risks with abandon, his 20+-year span of summiting significant peaks exposed him to the realities of his chosen profession. In 2007, on his first expedition to Annapurna, Steck was struck by falling debris on his helmet, rendering him unconscious and plummeting 1000 feet to the glacier. Remarkably he was uninjured and a teammate later found him staggering amongst crevasses. The next year on the same mountain, Steck heroically attempted to rescue Spaniard Inaki Ochoa, who had suffered a stroke up high. Steck’s gargantuan two-day push allowed him to reach the ailing climber, but his best efforts could not save him. Ochoa passed away the following day. Steck buried the body but was then at risk himself, forced to wait out a storm another night before finally descending in treacherous conditions. During his 2015 Alps mission, Steck yet again suffered a tragic loss when his good friend and climbing partner Martijn Seuren perished after falling 950 feet into a crevasse on the Italian side of the Mont Blanc massif. 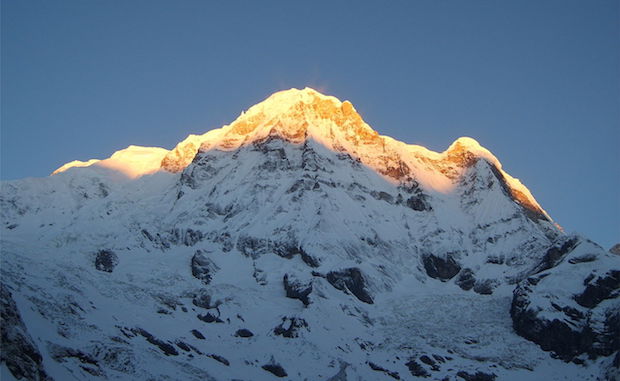 (Dawn on Annapurna – Courtesy of Arite)

Steck’s meteoric rise in climbing was not without controversy. Steck gained further media attention in the spring of 2013 attempting the same Everest-Lhotse enchainment that he was undertaking this year. While climbing Everest, he, Simone Moro and Jonathan Griffith got into a heated argument with rope-fixing Sherpas that eventually turned into a full-fledged brawl at Camp 2 on the mountain. Later that year, his October landmark solo climb of the south face of Annapurna was called into question due to the lack of GPS track and photographic evidence. The testimony of two Sherpas, who witnessed Steck above all the difficulties, was enough for the jurors to award him with his second Piolet d’Or nonetheless.

Perhaps this year’s attempt on the Everest-Lhotse traverse was an effort to make amends within himself for “The Everest Brawl,” which went viral online and reportedly sent Steck into a dark and brooding place. Prior to the effort that ultimately killed Steck, he was reportedly ecstatic, proclaiming this trip was already a success. His intense training had gotten him into the best shape of his life and the process of planning a project of unknown result providing plenty of excitement as well.

In the days that followed his death, much has been written about Ueli’s accomplishments and impact on mountaineering in general. But perhaps Billi Bierling, a friend, climber and journalist, penned the most fitting of these tributes. She wrote:

“What I liked about Ueli was his modesty and the fact that despite his amazing achievements he was down to earth – never arrogant. When you look at the CV on his website, it says: Profession: ‘trained carpenter’ even before he lists all his incredible mountaineering achievements.”

Steck’s remains were cremated at a site just a few hundred meters from Tengboche Monestary in Nepal’s Khumbu Valley. Buddhist monks provided a dignified and fitting goodbye to the legendary climber who is survived by his wife Nicole. A separate ceremony will be held for friends and family back home in Switzerland as well.

The climbing community mourns the loss of one of the greatest alpinists of all time. RIP Ueli Steck. Thanks for all the inspiration.

Chat with Zappos – Not a Heartless Source for Hiking Shoes