Raise Your Camp-Cooking Game with this New Portable Grill 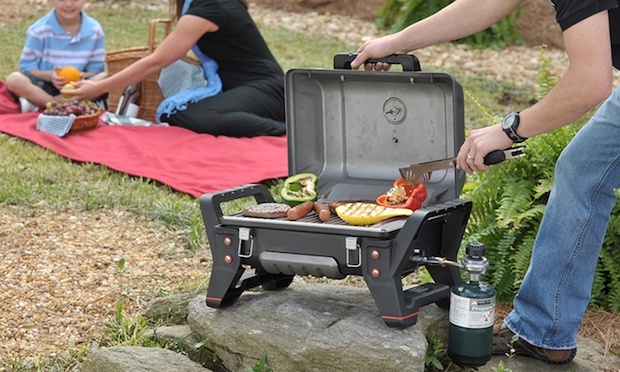 Looking for a way to up your outdoor cooking game? Want to make even more impressive meals in the backyard, while tailgating, or at your next campsite? Than you’ll want to take a look at the latest portable grill from Char-Broil, which may be small in stature, but it brings some impressive features to just about anywhere you want to take it.

The new Grill2Go X200 is a compact and easily transportable cooking system powered by good old-fashioned propane. It features a stainless steel cooking grate large enough to handle up to 12 burgers at a time, and it comes equipped with both a built-in electric starter and a thermometer to help monitor its current temperature. It also uses an infrared cooking system that heats up faster than standard grills, which not only allows you to prepare your meals much more quickly, but uses less fuel in the process.

Now, before we go too far into our thoughts on the X200, it is important to point out that this grill tips the scales at a hefty 26 pounds (11.8 kg). That means that it is far too heavy to lug into the backcountry, so if you’re in the market for a new lightweight backpacking stove instead, I’d suggest looking here. On the other hand, if your camping trips don’t take you quite so far off the beaten path, or you’re interested in having more options for cooking in the outdoors in general, you’ll definitely want to see what this little grill brings to the table. 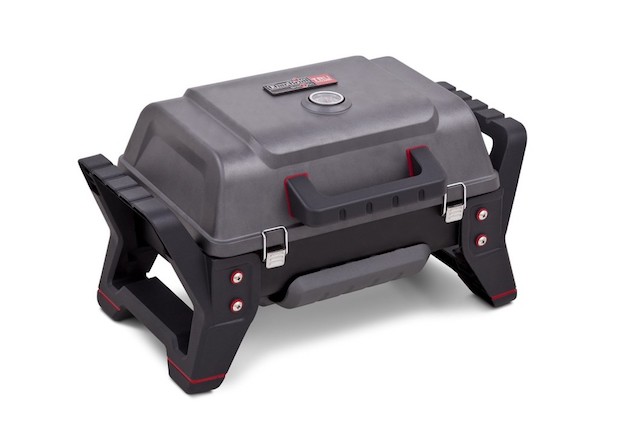 Despite its weight, the Grill2Go X200 isn’t especially large. That’s because it is mostly made from thick, durable metals designed to survive in the outdoors. The main parts of the grill – including the lid, burners, grates, and base – are constructed from stainless steel, which adds a bit of bulk to the overall package, but means that it can withstand the elements much more effectively too. In other words, this thing is built like a tank and can stand up to the punishment that comes with taking it on the road.

When fired up, the X200’s main burner is capable of cranking out an impressive 10,500 BTU’s, which alone provides plenty of heat to get your meats and vegetable sizzling. But, because Char-Broil has built this grill to be a portable infrared cooking system, you’ll find that it heats up much more quickly than conventional grills, and gets even hotter too. That makes it a very fast and efficient option for making your meals, but also requires a bit of practice and due diligence while learning to use it as well. If you approach cooking on the X200 as you would a standard portable stove, chances are you’ll end up burning your meal and running to town to grab a pizza. But with a bit of extra attention while you’re first getting the hang of it, you’ll likely end up with some amazing results, including meats that are tastier and jucier than you thought possible.

Personally, I’m very impressed with how well the X200 performs. It was my first foray into using an infrared cooking system, which have become quite popular in the barbecue world over the past few years. Knowing that it was meant to heat up much more quickly than other grills of its kind, I paid extra attention when first putting it to the test. That proved to be a wise move, as steaks, burgers, and chicken all cooked up much more quickly and evenly than I was expecting. Fortunately, I never had any major mishaps while testing the system, but I’d advise staying on top of things while you’re getting the hang of it. You’re likely to find that you can cook just about anything in about half the amount of time you were expecting, which is certainly something we can all appreciate both while in our own backyards or at the campsite. 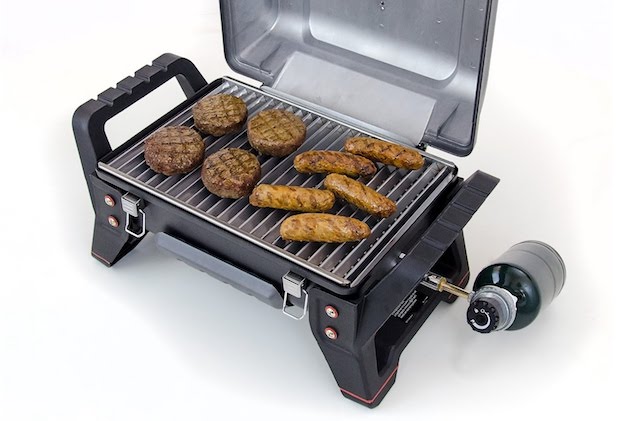 This grill is likely to prove to be very popular with the overlanding crowd, who often have extra space in their vehicles and are looking for a few amenities for use in the backcountry. Car campers will also love it, and as mentioned it makes a great option for tailgating events too. With the speed and efficiency that it brings to the table, the X200 really does open up the doors for the kinds of meals you can make while away from home.

Half a Century of Innovation: MSR turns 50!