Most belts are an afterthought for clothing companies and the people who wear them. The problem is that often times these low quality belts get in the way of fun when trying to ski, hike, mountain bike or get outdoors in general. Arcade Belts, based in Tahoe, CA is changing all that by introducing a simple, durable and flexible line of belts that perform as well as your other pieces of outdoor gear.

I’ve been wearing Arcade belts in my ski and hiking pants for the past six months and I’ll never go back. This is one of those small, inexpensive changes you can make to your kit that makes a large impact. I recently caught up with Co-Founder of Arcade, Cody Townsend, to get an inside scoop on how and why Arcade Belts were born.

GI: How did you start Arcade? Belts aren’t the sexiest product in the world.
Townsend: Well, two friends and I started Arcade the old fashioned way; we wanted a product that didn’t exist, so we made it ourselves. Essentially, there was this ‘aha’ moment when we realized that of all the specialty gear you wear while skiing, snowboarding, riding bikes, hiking, backpacking, etc, we found ourselves ripping an old belt out of our jeans and trying to make them work. The problem was, leather belts are either too tight or too loose and break down when wet, nylon clasp belts slip and loosen over the course of a day and tech web style belts were entirely too stiff and constrictive for movement and activity. Those problems were what led to the design of the first Arcade belt. Elastic for comfort, locking buckle to prevent loosening and materials that would last for years. It was a simple solution to simple problems that no other company seemed to think about.

GI: How did Arcade start production? Did you make belts in your garage or did you work with someone in the industry?
Townsend: We spent a year trying to find someone that would make the elastic webbing we wanted with the durable and weather proof materials we needed. We asked around to every company we knew trying to find a lead, but unfortunately, we only learned in that process that production is probably the most guarded secret in our industry, so no one would help us. It took countless disappointing production tests to finally find who would make the webbing to our standards. From there we would ship the webbing to our living room and spend day and night hand sewing buckles onto each and every belt. We probably hand sewed the first 4000 belts we made ourselves. 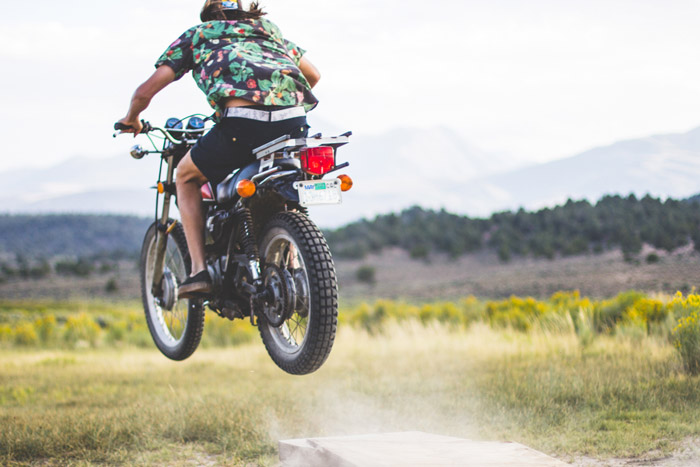 GI: You are a professional skier. How does your experience in that industry and the outdoors in general influence the company and its products?
Townsend: My role as a professional skier has actually had very little to do with Arcade. I came into the company as a friend of two others with the same desire to start a company based around a better product. The fact is, the three founders, Tristan Queen, David Bronkie and I are all incredibly outdoorsy and active people who are surrounded by a ton of similar minded people in Tahoe. So the development of the product and direction of the company was influenced by not only the three founders but the friends around us doing amazing stuff, leading adventuresome lives and using their gear to the max. It’s always been about the idea and the usefulness they bring to people that wear them.

GI: Is Arcade focused solely on belts, or can we expect expansion into other product lines in the future?
Townsend: Belts and belts only. We see no reason to not keep perfecting our products, introducing better belts to more people and designing new belts for the future. 99% of the companies making belts having hundreds of other products that they sell and belts are often the last thing on their mind. For us, it’s the only thing on our mind so it keeps us focused on making better products for people that like to do cool shit.

GI: Where is the best place to find and purchase Arcade belts?
Townsend: ArcadeBelts.com is probably the first stop shop for us but we’re carried by everyone from Backcountry.com to Evo.com, to your local outdoors store and ski and snowboard shop. We’re found in about 500 retailers across North America currently.

GI: Thanks for this quick interview Cody, is there anything else you’d like to add?
Townsend: No, thank you guys. Great to talk about making something as unsexy as a belt sexy again! 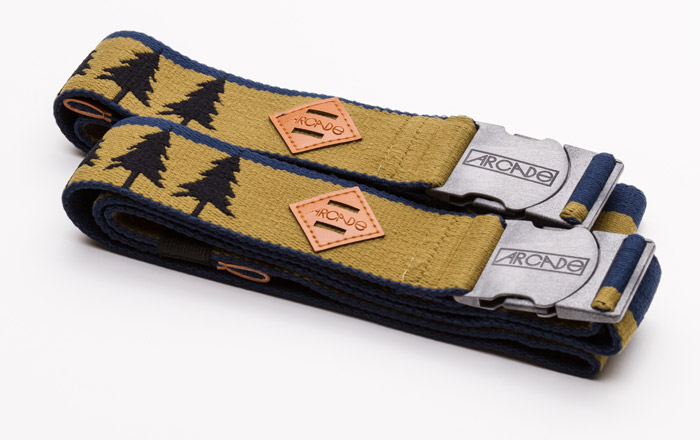