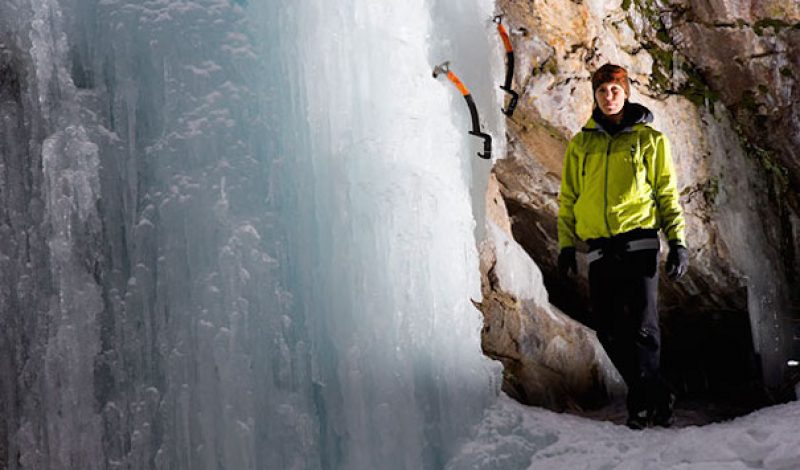 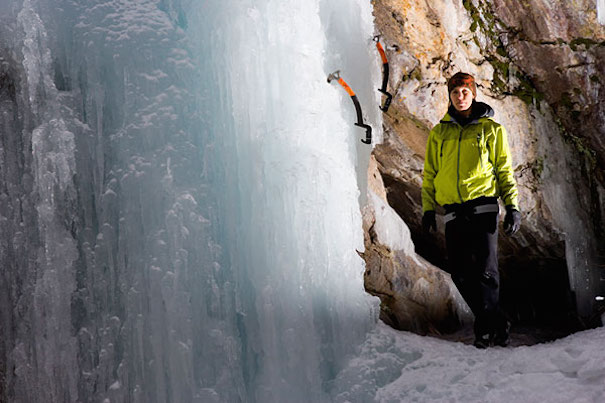 If you follow climbing competitions, you’ve heard of Ines Papert. The four-time Ice Climbing World Champion has also won three World Cup Overall titles. And she did it as a mom: Her son Emanuel was born in 2000. Since then, the climber from Wittenberg, Germany has notched some of the Alps’ hardest routes and travels the world on expeditions.

What are you currently working on?
There is this idea we created, while on an expedition to Nepal, to link the north faces of the Eiger, Moench and Jungfrau (in Switzerland, in the Bernese Oberland) with our paragliders. Climbing up the Eiger first, with gliders in our pack, flying over to the base of Moench northface, climbing the NF via the lauper route, flying over to Jungfrau, climbing the NF via another lauper route, and from the top of Jungfrau, flying down to the town of Grindelwald. All this might work in one push, but will depend a lot on several factors—having the right wind, the conditions the faces are in, being able to climb fast, and our personal fitness.

We attempted it last year, but got stuck in poor conditions in late spring. This year we were ready to go sooner, and were able to climb Jungfrau and Eiger northface, but no flying was possible. We climbed anyway, but after I climbed the Eiger NF for the first time in my life, I understood why most people spend at least two days on the route. We climbed it in 11 hours, but had to break trail in the beginning and lost time on that. After a big fall at Schwieriger Riss we finally summited on Friday March 13th, and I could not imagine climbing another face. My courage was broken from the fall, my head felt empty, my legs super tired. I was close to bailing on the project idea. But after sleeping one night, my enthusiasm came back, and of course we will attempt again and again and again. It is such a complex idea and a full-on project. Plus, we have collected lots of logistical details during our last attempt. We need to keep training and we are hoping for another weather window soon.

What is on your wishlist?
To get this project done! Also, there is my lifelong dream, an expedition to the coldest place on earth: Queen Maud Land in Antarctica. My good friend and climbing partner, Mayan Smith-Gobat will be my company for an as yet undisclosed unclimbed peak. 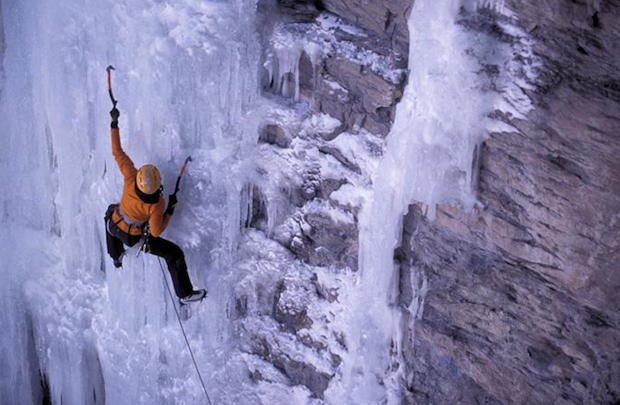 What women inspire you?
Mrs. Mausi Lüti from Switzerland. She climbed the Ochshorn northface in 1910, at a time when women were not “allowed“ to climb. It was still a pure male sport. But against all the political vorurteile [prejudice], she managed to do it.

What barriers to entry do you see for women who want to pursue a life in the outdoors?
Generally there are no barriers, only the barriers of our education, how we grow up and how our parents educated us. My parents offered us the possibility to travel, and supported my enthusiasm for skiing when I was a child. We never had contact with climbing or mountaineering; I discovered it later, and became passionate about it when I was over 20 years old. But if our lives are always protected from fears and dangers, if our role is to follow our male partner in life…all this in combination slows our enthusiasm.

Do you think women athletes have to give up being a wife, or a mom?
No. There are many strong female climbers who are married, but it helps us to climb without our partners sometimes. 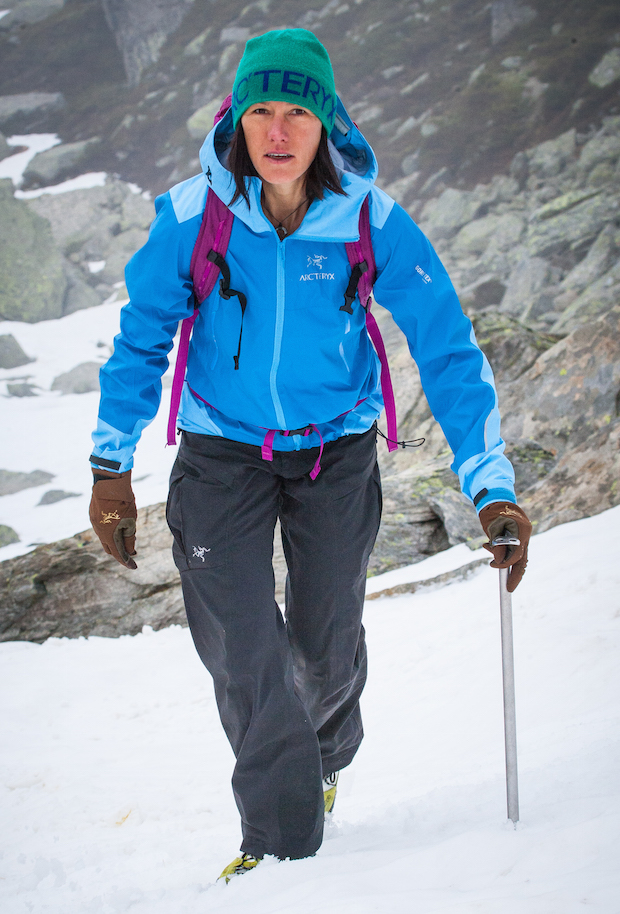 What factors helped you become the mountaineer/mom you now are?
I can use a short time very efficiently. I notice that other climbers with more time don’t get more done. It’s time efficiency, but also pushing myself in training, being creative on project-finding and planning. Plus, I am convinced I’ll succeed when I’m well prepared. And I’m not too hard on myself when I fail (though that’s hard sometimes).

Do you feel outdoor women are portrayed in the right way?
Yes. We don’t need more attention than our male colleagues, but think that as more female outdoor enthusiasts are getting coverage, more women are getting inspired by them. I’ve noticed this in many of my talks and presentations, where the girls always make me feel like I’ve opened a door for them. They have more fears and doubts than men in general, and if they see other women doing hard stuff and new routes, they might get a better selbstbewusstsein [self-confidence], which is so necessary in the outdoors.

How does it feel to be a role model to other women?
I love doing slideshows and clinics. Pushing other girls is normal for me. That way, my personal projects make sense for other people, not just for me.